There are literally hundreds of tower defense games available for PC gamers, but Dungeon Defenders aims to make itself stand out with a fresh new gameplay formula that combines both elements of hack and slash RPGs, MMOs and tower defense games to give gamers something they haven’t played before. Dungeon Defenders began its life as a small indie tower defense game that its developers, Trendy Entertainment, expanded into a full fledged title released on all major digital distribution platforms (XBLA, PSN, iOS Appstore). Although the game was first released on the PC, the full PC version of the game has only just been released on Steam.

Dungeon Defenders is set in a fantasy world where long ago, great heroes trapped demonic forces within big crystals called Eternia Crystals, but when the great heroes are called away, its their younger counterparts who must step up and prevent invading monsters from releasing the evil trapped within. The premise is quite good and the quirky fantasy setting is really brought to life by the game's excellent cartoony art style and fantastic soundtrack. 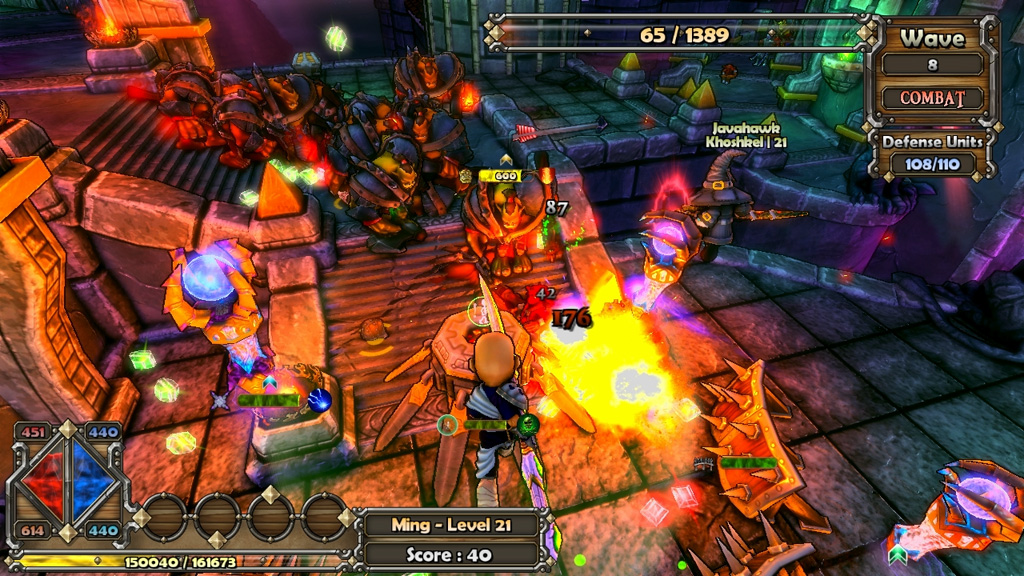 Each map in the game's campaign consists of players building and upgrading defenses in the build phase and then fighting off waves of enemies in the combat phase. It’s classic tower defense, but because most of your defenses will be very slow to kill off the enemy, you have to help by entering the fray directly. This forces you to take a more active role in the game and it makes things all the more enjoyable. Each of the game's playable classes has a different role in combat, making multiplayer feel a bit like an MMO due to the role of team dynamics.

There are a total of four playable classes - The Apprentice, Huntress, Squire and Monk - and each has different advantages, disadvantages, defenses and special abilities. The Apprentice is the easiest class to play and he is able to build magical towers in the build phase and then blast away enemies with magical attacks in the combat phase. He also has a special magical knock-back attack (YOU SHALL NOT PASS!).

The Huntress is the game’s typical fantasy Ranger character. She can build deadly traps to slow, damage or stun enemies and relies on providing support with bows, crossbows and gun weaponry.

The Squire is the game’s frontline fighter class. He tends to have a lot of health and amor, and is able to deal out a hefty amount of damage in melee combat. Also, he is able to build up spiked barricades and other defenses which deal damage back to attacking enemies.

The last class is the Monk and he is by far the trickiest class to play. While he is able to deal out a ton of damage in melee combat, he has very little health and armor, forcing you to be careful when using him. The Monk also provides support by building special auras, which can either heal teammates or deal damage to enemies. Each of the game's classes suits a different playstyle and there is a good amount of synergy between them when you play multiplayer. 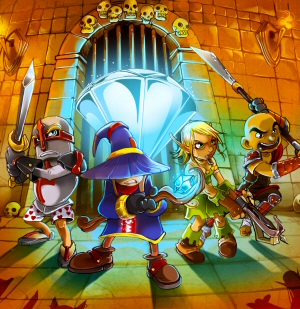 Mana is the game's currency and you gain it by collecting gems dropped by dead enemies. When you play multiplayer with friends, this can lead to some pretty competitive gem grabbing, and I can imagine this could be difficult when playing with randoms online. In fact, one of the game's coolest features is mana investment. Players are able to sink mana they don’t use into their mana bank and then use invested mana to augment and improve their character's weapons and armor.

In between games, players hang out in The Tavern. Here players are able to try out skills as well as spend mana on things like pets, character respecs, character name changes and experience bonuses. The Tavern acts as a hub between levels and you can look at your achievements and other statistics as well as try out any spells and abilities at your disposal. 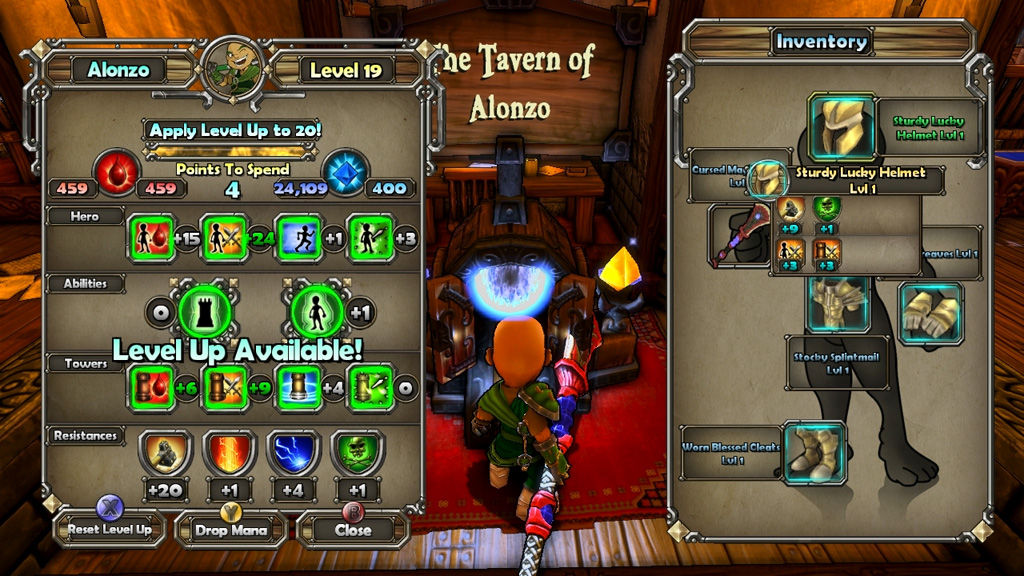 The game starts off pretty easy, but by the time you get the hang of it, things get quite hard quite quickly. I would imagine that some maps would be near impossible with certain classes. Combat is a bit clunky at times and lacks polish, but is pretty fun nonetheless. Technically, the game is superb. It runs smoothly and the load times are near non-existent. Although I did encounter a few technical issues from time to time, Trendy Entertainment looks to be already patching most of these up. The game's developer has promised that lots of DLC for the game is on the way, including new classes, maps and game modes. Dungeon Defenders is also entirely moddable and I’m very curious to see what cool mods could come out for the game.

Dungeon Defenders is a superb downloadable title. The gameplay is fun, addictive and a new take on tower defense. There's an absolute ton of maps and game modes and for the price, making the game a great value. I really enjoyed this game, but I can see it becoming quite grindy and frustrating on later levels if you don’t have friends who own the game to play multiplayer with.