Dungeons is a new dungeon management simulation game from developer Realmforge Studios, which puts a small spin on the tried-and-true Dungeon Keeper rhetoric. Instead of having to care for a large portion of minions while trying to keep heroes out of your hair, you are instead expected to entertain the heroes in question, luring them into your dungeon, getting them fat and happy with soul energy, the game's main currency, and then striking them down or imprisoning them to drain that energy out of them. This is an entertaining twist on a good idea, and it is helped by some other good ideas. Unfortunately, there are a few bugs and odd design decisions that hinder an otherwise excellent game.

The gameplay of Dungeons has a simple idea, as it is a basic dungeon builder sim at first. It spoon-feeds you game elements, droning on at times and feeling legitimately rewarding at others. Overall the pace of the game is slow, but that is to be expected from the genre and is not altogether unwelcome. You are expected to open gates in order to let heroes in, which you then give access to your pools of gold and goodies. You are then expected to defeat them and/or capture them, draining them of their precious soul energy. This idea is both great and somewhat tedious, as during the campaign mode, you are given menial tasks by your 'superior' dungeon lords. The problem that arises from this is that it becomes more of a chore than anything, to go from the tasks at hand and back to the heroes you are supposed to be defeating, especially early on when the monsters you spawn are nowhere near strong enough to actually defeat any heroes. 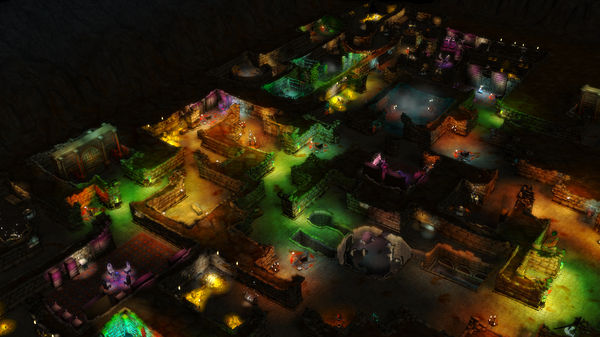 Don’t think that the overall experience is bad, though, as the sandbox mode far surpasses the campaign mode. The only issue is that most of the campaign objectives feel arbitrarily added for the sake of a campaign mode, more than a flowing gameplay experience that you would expect from the type of game. The primary gripe I had with the game was the direct-control mechanic that lets you run around as your dungeon master, directly controlling him and his abilities. I wasn't expecting any well put together action-adventure controls from a sim game, but the dungeon master controls still managed to seem very clunky and unresponsive. Another odd choice was the decision to have players register their game’s serial number through a proprietary login. If the game either had multiplayer of some sort, or were a non-digital copy, this would be warranted, but as-is, it seems a little excessive. 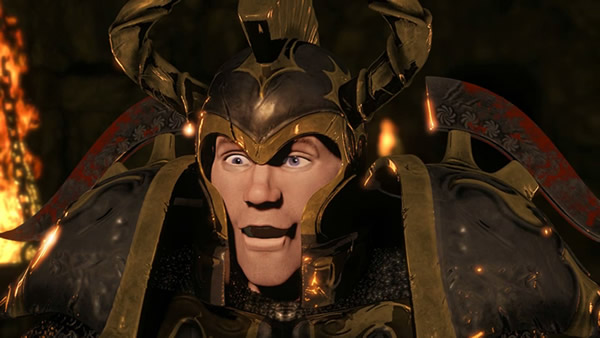 The graphical elements of Dungeons are well put together for the most part, although I was initially confused by the layout. It is in no way cluttered, but information is relayed from so many different locations within the game that it can seem a little odd at times. The graphics of the game itself look great, although it does suffer from some basic performance issues. When zooming into the direct control view, the game suffered considerable slowdown, and did not seem to have a better frame rate when I lowered some of the settings. When in the overhead view, though, the game had a great frame rate and ran like a dream. For how much work appears to have been put into its appearance, it is surprising that such inconsistent performance problems would make it into the final release. Luckily, since the game is offered on several digital distribution platforms (with a special edition being released on Steam), it seems like it will be easy enough for the developers to patch out any unfortunate issues post-release. Sound design is quite good, although there is little outstanding to say, other than the music being a good backdrop to the base building. The advisor's voice can become a little grating, as he sometimes can talk a bit too much, especially when there's a lot going on, and the voice is the stereotypical high-pitched second-in-command type. There is also no way to auto-scroll or zoom in on alerts, making you somewhat confused as to what alerts are coming from where at any point in time.

Overall, Dungeons is an entertaining experience in building a dungeon and upkeeping it in a new and innovative way. The gameplay is mostly solid, although I would have loved to see a slightly more engaging and entertaining campaign. If well supported after release to fix the small amount of irritating bugs present in the game, Dungeons will go on to be an excellent game worth of much more praise. Cheers to Kalypso and Realmforge for bringing us the follow-up game we thought we lost with Bullfrog’s disbandment years ago.