With movies accessible at our fingertips, when is it worth buying a movie? Sure, if you loved it in theaters it’s a no-brainer, but if you didn’t, what even makes it worth renting? What about Blu-ray: should you buy one of those?

Ah, life’s mysteries. That’s why you have us – to tell you what’s worth your cash or your time or whatever it is that you will spend on movies outside of the theater. That’s the goal of what will become our weekly DVD/Blu-ray DISCussion.

Check in every Tuesday for what’s new that you can rent or own, along with all the info you need to decide what’s worth using your dear PS3 for its Blu-ray capability. The catch is you’ll also get our opinion, but the plus side is we won’t clutter your screen with talk of the straight-to-DVD “American Pie presents” crap and other B-movies that the other sites put up out of obligation. We’ll give you the stuff we know you like … ‘cause it’s the stuff we like.

Eventually we’ll get our hands on copies of these discs so we can rate ‘em up right, but for now, consider us the guys doing the research for you. The best part is we’re not even going to post DVDs or Blu-rays that aren’t worth your time. 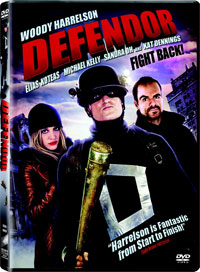 What’s its deal? Kick-Ass might be the regular Joes becoming superheroes film that everyone’s talking about, but this dark comedy starring Woody Harrelson as a possibly deranged man who nights it as a superhero and gets mixed up in the criminal underworld got solid buzz in its extremely limited release. Defendor co-stars Kat Dennings (Nick and Norah’s Infinite Playlist) as an underage prostitute.
Critics’ Rating (Rotten Tomatoes): 64% (good)
Player Affinity Rating: N/A 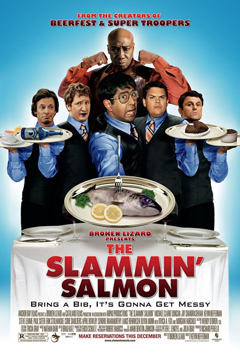 The Slammin’ Salmon (DVD and Blu-ray)

What’s its deal? Infamous comedy group Broken Lizard, who brought you Super Troopers and Beerfest present a film that got even less attention in theaters, a behind-the-scenes restaurant comedy where the owner, a famous heavyweight boxer-turned-high end seafood restaurant owner played by Michael Clarke Duncan decides to have a little competition to get his wait staff to earn him enough money to pay off some debts: give a reward to the best employee and can the worst.
Critics’ Rating (Rotten Tomatoes): 36% (bad)
Player Affinity Rating: N/A 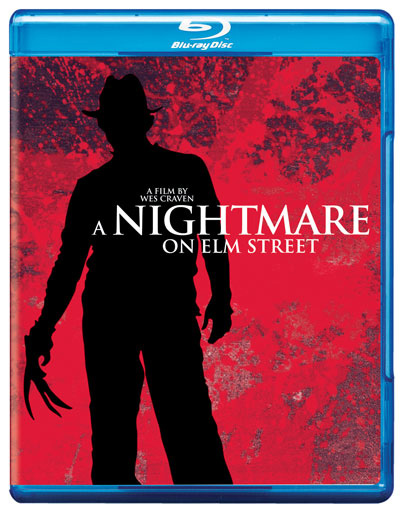 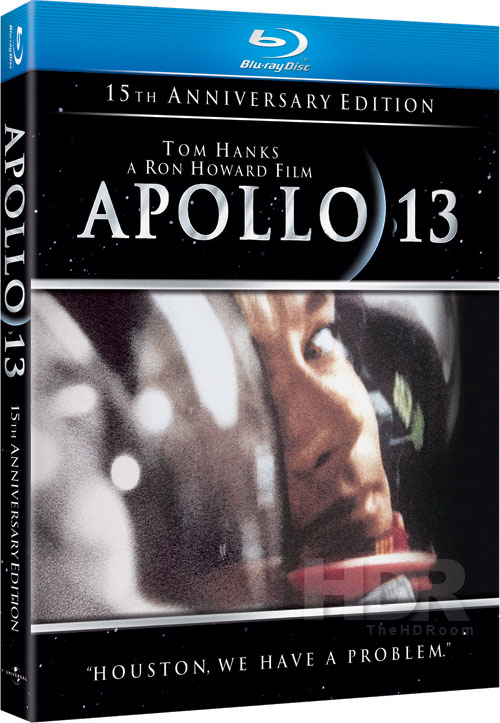 What’s its deal? Ron Howard’s beloved space movie about the heroics of the lunar landing crew of Apollo 13 in a near-death scenario gets its official Blu-ray release, which includes a lot of historical documentaries about the true event.
Critics’ Rating (Rotten Tomatoes): 96% (excellent)
Player Affinity Rating: 9/10

Special Features: Lost Moon: The Triump of Apollo 13 – The Making of Apollo 13, Conquering Space: The Moon and Beyond, A Recap of a half century in space; Lucky 13: The Astronauts’ Story, Recounting the events of the mission, Feature commentaries with director Ron Howard and Jim and Marilyn Lovell, D-Box motion enabled.
Amazon List Price: $26.98
Score (DVDtalk.com): Video = 4.5 stars, Audio = 4 stars, Extras = 4 stars (out of 5). Highly Recommended.