Here’s what’s up for DISCussion for this week: 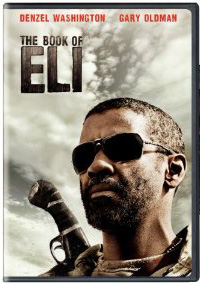 The Book of Eli (DVD and Blu-ray)

After nine years after from the camera. the Hughes Brothers return with The Book of Eli, a religious-themed post-apocalyptic tale. Eli (Denzel Washington) is a lone traveller in the American wastelands, carrying a book which he has sworn to protect. Eli has to fight off cannibals and the evil Carnegie (Gary Oldman) who wants to rebuild civilization as Eli tries to make it to the West Coast of America.

Additional Blu-ray Features: Starting over - explore the role we might plkay in reshaping society after a global catastrophe; Eli's journey - probe the historical and mythological roots of the film's central themes; The Book of Eli soundtrack - co-director Allen Hughes and composer Atticus Ross compares notes about the soundtrack's construction and desconstruction 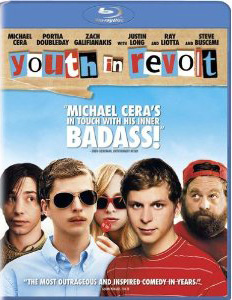 Youth in Revolt (DVD and Blu-ray)

After starring in Juno and Superbad and winning the BATFA rising star award, Michael Cera was been as a force to be reckoned with. But lately he has been typecast as the dweeby nerd and starred in the box-office flop Year One. With Youth in Revolt, Cera attempts to break away from that role, playing Nick Twisp, a 16-year-old boy who creates an alter-ego François Dillinger (also played by Cera) who gets him to act as a badboy to impress Sheeni Saunders (Portia Doubleday). But this all goes awry when Nick becomes a wanted criminal. 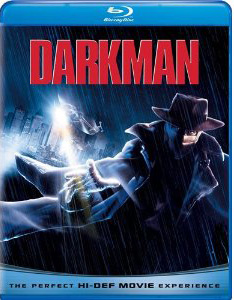 Before directing the Spider-Man trilogy, Sam Raimi made his first attempt at the superhero genre with Darkman. Darkman is an original creation by Raimi and focuses on Peyton Westlake (Liam Neeson), a scientist left for dead. With his burnt skin, he becomes stronger, endures more pain and mentally more emotion and becomes a vigilante in his half-crazed state. It has become a cult classic. 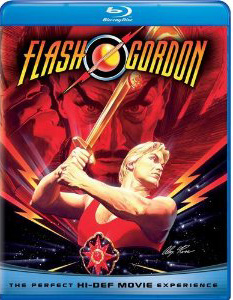 Based on the popular comic strip and film serials of the 1930s, Flash Gordon is a campy cult classic from 1980. Emperor Ming the Merciless (Max von Sydow) attempts to destroy Earth with a series of natural disasters. It is up to all-American quarterback Flash Gordon (Sam J. Jones) and his allies to save Earth and democracy from the tyrant. Hell, if it’s got a soundtrack by Queen then it can’t be all bad.