This week’s DVD and Blu-ray releases offer us violence galore. We have the release of the hit Clash of the Titans, which has fights between men, gods and monsters and the very bloody Repo Men that consists of Jude Law with knives. There is martial arts in the form of Hong Kong film Ip Man and the slightly more family friendly but very artistic Crouching Tiger, Hidden Dragon. We have animated offerings with a new Batman adventure and the re-release of G.I. Joe: The Movie. And finally we have the Blu-ray release of all the very violent Rambo films that gives us a mix of good and bad films. 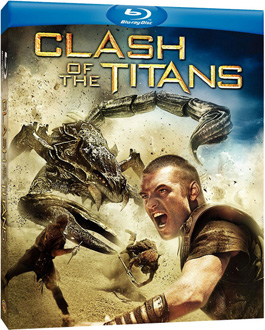 Despite The Incredible Hulk not being the commercial success it should have been (it was a good film), Louis Leterrier still had enough good will behind him that he was allowed to direct a big-budget remake of one of his favorite films. This version of Clash of the Titans boasts a star-studded cast that includes Sam Worthington (Avatar), Gemma Arterton (Quantum of Solace), Ralph Fiennes and Liam Neeson. It also has some of the best special effects around. Its release date was pushed back because it went through 3-D conversion which was met with a lot of criticism and the first signs of a backlash against 3-D films.

Humans and the gods have gone to war, with Hades (Fiennes), god of the underworld, wanting man to suffer. With his family killed, the demigod Perseus (Worthington) offers to lead the fight as against the gods, having to battle giant scorpions, Medusa and the might kraken on the way.

In 2025, people can have artificial organs but at a price: if you don’t pay they will be removed from your body. Remy (Law) and Jake (Whitaker) are repo men who get back the organs for the company. But when Remy has an accident and a transplant he is forced to fight back against his former employers.

Hong Kong is famous for its martial arts films, even before Bruce Lee revolutionized the industry. So many films come out from the city state that it is hard to keep track. Luckily, Ip Man is one of the better films. Ip Man is a biopic about the man of the same name, the man who taught the great Bruce Lee. Ip Man (Donnie Yen) is the only grandmaster who knows Wing Chun and he starts martial art openly in a nation at war with Japan. Wilson Yip and Yen reunite once again having worked together on SPL: Sha Po Lang, Dragon Tiger Gate and Flash Point. 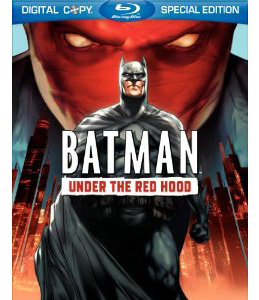 Batman: Under the Red Hood (DVD and Blu-ray)

DC Comics and Warner Brothers Animation have been having great success in recent with DVD releases of Batman: Gotham Knight, Superman Doomsday, Wonder Woman and Green  Lantern: First Flight. They return with Batman: Under the Red Hood with veteran director of different Batman TV series Brandon Vietti. Batman: Under the Red Hood follows the "Under the Hood" arc where the Red Hood (Jensen Ackles) tries to rid Gotham City of crime without Batman’s ethics. Batman (Bruce Greenwood) and Nightwing (Neil Patrick Harris) have to stop Red Hood before he can make too much damage. Notice that it is Greenwood (Thirteen Day) and not Kevin Conroy who is voicing Bruce Wayne/Batman this time. 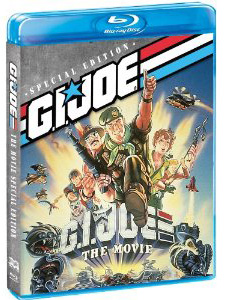 Like Transformers, G.I. Joe was a cartoon series based on the Hasbro line of toys. Also like Transformers it was a big hit in the '80s and had animated movies made which have somewhat become cult hits. In the movie, the G.I. Joe team faces its greatest threat when Cobra Commander ally themselves with a powerful subterranean reptilian. 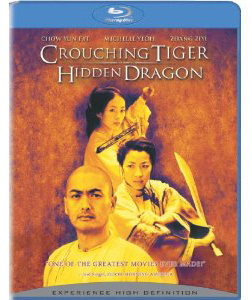 On its original release date in 2000, Crouching Tiger, Hidden Dragon was a critical success and nominated for a number of awards, including an Academy Award nod for Best Picture, one of the few non-English language films to receive that honor. The talented Ang Lee (Lust, Caution) directs this martial arts film that stars Chinese acting greats Chow Yun-Fat (A Better Tomorrow) and Michelle Yeoh (Tomorrow Never Dies) and brought the beautiful Zhang Ziyi (House of Flying Daggers) to international prominence. The success of Crouching Tiger, Hidden Dragon lead to an influx of artistic martial arts films such as Hero and House of the Flying Daggers.

Set in the 19th Century, Crouching Tiger, Hidden Dragon is a both a sweeping epic action film and a romance, as masters Li Mu Bai (Chow) and Yu Shu Lien (Yeoh) have to battle the fronts of evil in the form of the Jade Fox. Their only hope is in the form of Jen (Zhang), a wild aristocratic daughter with great skills. 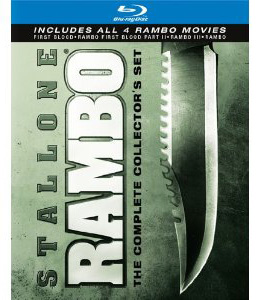 Based on the novel by David Morrell, the character John Rambo (Sylvester Stallone) has been enduringly popular and the Rambo series was one of the biggest action series of the '80s. Although the first one film had important things to say about the treatment of Vietnam veterans and a great setting of the Pacific Northwest, the second two slowly became more and more right-wing and used to show how evil the Soviets were. It got so over the top that Rambo single-handedly saved Afghanistan from the Soviets.

The forth film was a part of the '80s revival and even though its critical reception was lukewarm, it was well-received by fans and it should be a noble end to the series (despite pervasive rumors of a fifth). The series found its soul again and highlighted the plight of the Korean people in Burma.