Dynamite Entertainment – All The News You Need 6/30 Edition

By: | Comic News | June 30, 2011
Here we go with another batch of news all from one publisher. This time it's Dynamite Entertainment with just a bit of news. You like Game of Thrones? We got info on the comic adaptation. Like Armor X? Don't know what that is? Me either, but lets found out together! And then the best bit of news that we'll start with... a free comic! Get some!

The Living Corpse - In August, Dynamite will be launching its second series of the Living Corpse entitled: The Living Corpse: Exhumed. To celebrate they're giving you the first issue of the original series to wet your whistle. Don't worry we'll have the link below. There's also going to be a CG movie based of the first volume and the trade will be coming out in August as well.

In honor of the launch and upcoming release of the next - and newest - The Living Corpse series - Dynamite Entertainment is providing THE ENTIRE FIRST ISSUE OF THE ORIGINAL THE LIVING CORPSE SERIES ABSOLUTELY FOR FREE!!!   In Living Corpse: Exhumed #1 (of 6) shipping in August 2011, it's hard enough to be The Living Corpse - the flies, the hunger for human brains and the unending task of holding off the hordes of darkness from creeping into the world of the living. But when a Nosferatu suddenly moves into his graveyard, all hell breaks loose! And what will happen when The Living Corpse's friend, Lilith, get's caught in the middle? It's a battle of the undead and only one will be left standing! (here's a hint... the name of the book ain't Nosferatu!) 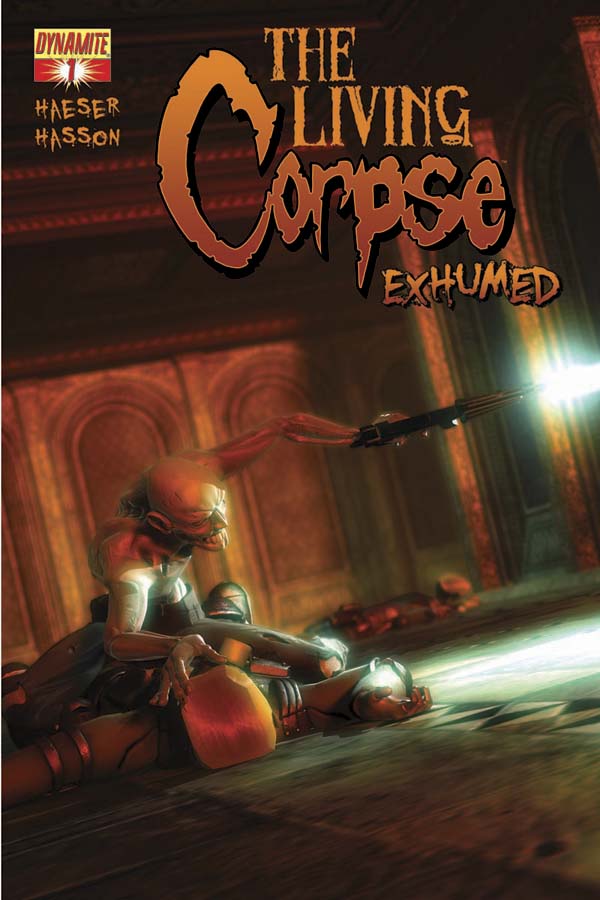 Armor X - An emotionally troubled teen with a list of classmates to kill and a gun under his bed, receives alien armor to act out his revenge dreams? WTF indeed. Dynamite is releasing a remastered version of Armor X the way the creators wanted it. This book is also hitting in August... seems to be a trend there, with a new cover by Andy Smith and back cover by Bart Sears.

Dynamite Entertainment is pleased to announce the release of Armor X, remastered with all new story, art, dialogue and color. Re-imagined the way it was always intended to be.  This classic creator-owned series collected for the first time, completely remastered with all-new story and art, written by Keith Champagne, art and new cover by Andy Smith, with a back cover by Bart Sears.


Game of Thrones - Hot off of the TV adaption, comes George R.R. Martin's Game of Thrones... the comics. Not a lot of news about the series other than Alex Ross and Mike S. Miller doing the covers for it. Also Tommy Patterson will be doing the interior art so if you're familar with Ross or Miller's style just picture something completely different and that's how it will look. This book is looking at a September release which breaks the August cycle we had going... damn.

"It has been fifteen years since I first edited A GAME OF THRONES, and it is a genuine joy to be revisiting and adapting this landmark novel into a format that suits it so perfectly," says Senior Editor at Random House Anne Groell.  "George's writing has always been highly visual, painting rich, detailed and striking images in the reader's minds and hearts.  And now seeing such a talented group of artists bringing that so vividly to life is truly exciting.  I couldn't be more pleased with everything I have seen so far--and I can't wait for what is yet to come!" 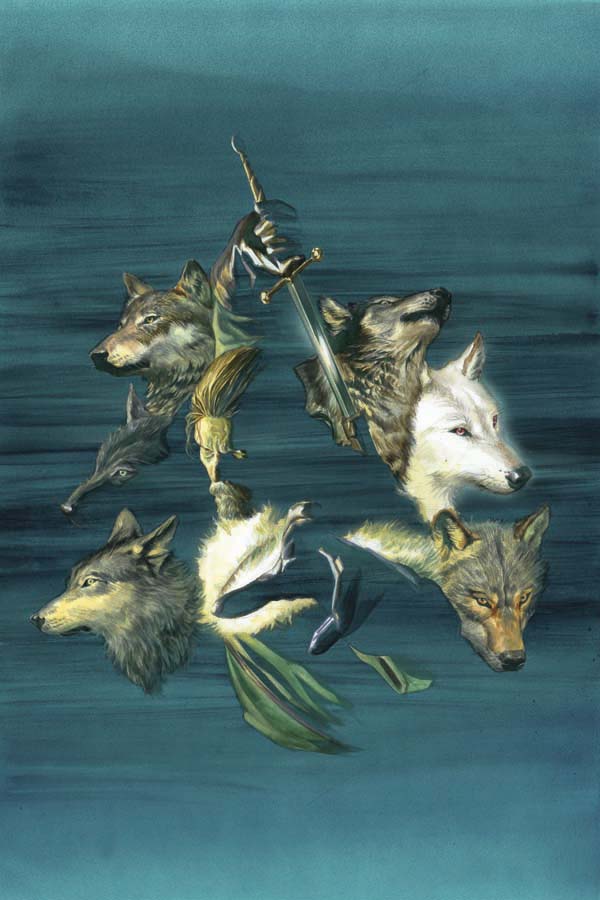 Ashley Wood and Comic Con - ﻿And you thought we were done! I'm not sure if this is his first Comic Con, but he definitely hasn't been there in previous years... or I completely missed him. On sale will also be the mega collection of Popbot collecting all of the sold out editions of Popbot.

Before Comic-Con kicks off, fans can pre-order several limited edition Ashley Wood items through IDW, including POPBOT BIG BEAUTIFUL BOOK, which collects the long sold-out POPBOT Volumes 1 through 8. This huge 11" x 14" hardcover collection showcases over 400 pages of Ashley Wood art and comes with a slipcase. Strictly limited to 500 copies. 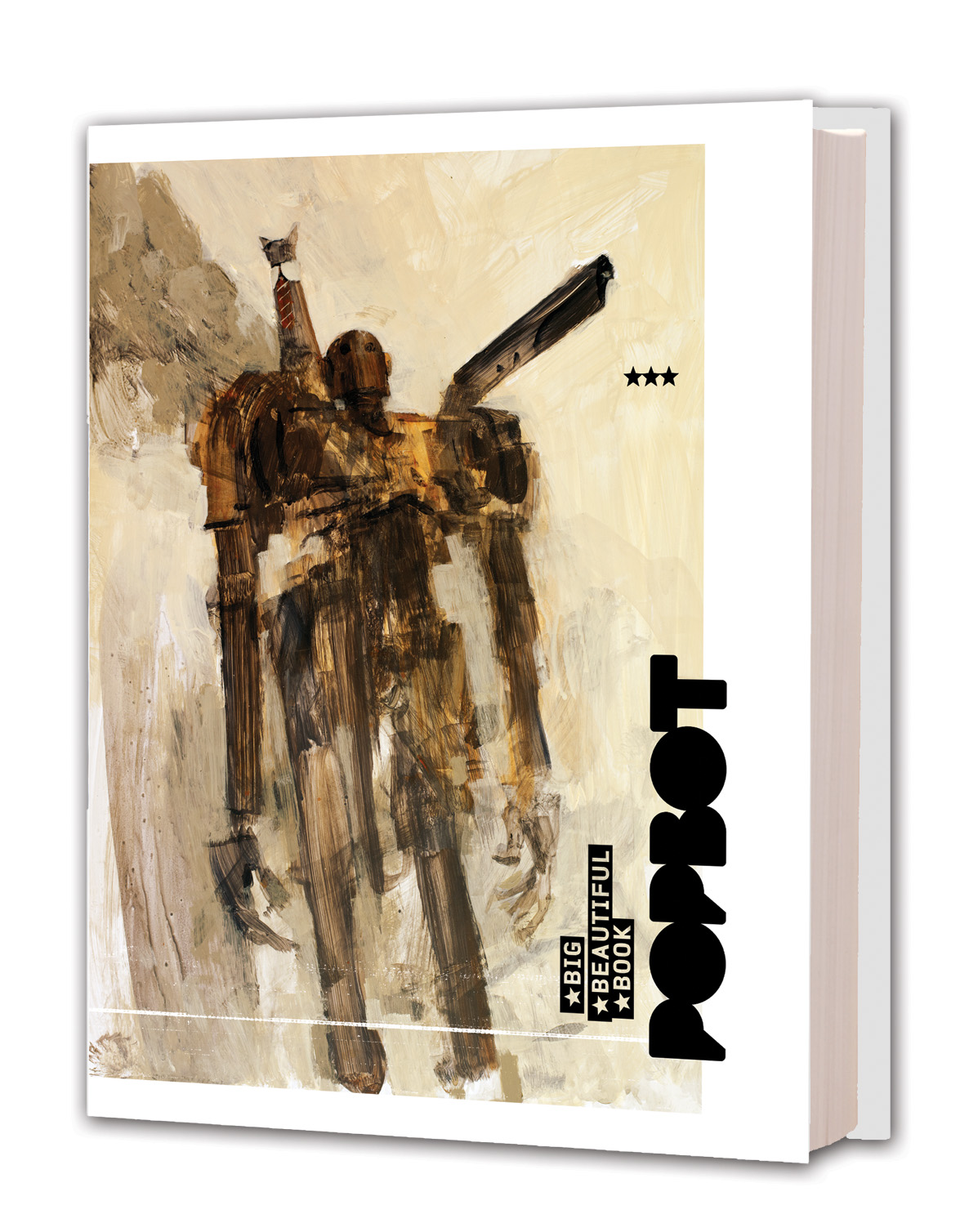 There you have it, that's all the important news from Dynamite, but if you're good we should have a big batch of news from two other publishers shortly.