By: Edward Oliveira | Wii-U Features | June 10, 2014
Nintendo’s E3 showing wasn’t playing it safe. While we saw a Kirby, Yoshi, Zelda (two actually) and Smash Bros., they decided to focus on franchises that they want to strengthen instead on focusing on Mario. They want to diverse their portfolio and the games they showed as well as one they showed after really focused on it. And with some Robot Chicken-produced skits on top to make fun of themselves, and tell you that they know that there’s stereotypes placed on them that they’re going to try to change. Well let’s focus on the news portions and see what is in the pipeline for Wii U and Nintendo 3DS: 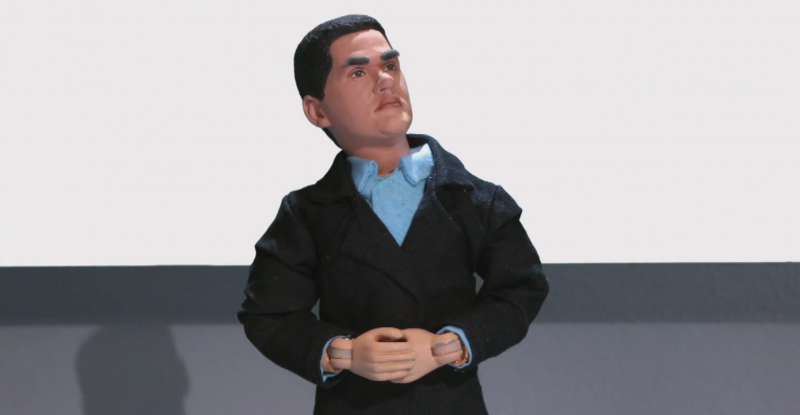 Super Smash Bros. for Wii U/3DS
After a funny, over-the-top fight between Nintendo President Satoru Iwata and Nintendo of America President Reggie Fis-Aime, it set the tone on the newest playable characters: Mii.
There will be three different Miis to play as: Mii Brawler, Mii Swordfighter and Wii Gunner. As the names suggest Brawler uses fists, Swordfighter uses a sword and gunner uses a blaster much like Mega Man or Samus.

On the 3DS side of things, they flicked though a ton of content the game will have, from an adventure mode, Home Run Derby, a bomb version of the derby, trophies, team fights, some over-the-top mode, and the return of Master Hand. The 3DS version launches October 3rd while the Wii U version is still a vague Holiday 2014.

Amiibo
A whole new pillar for Nintendo using NFC figures, it is not simply their answer for Skylanders and Disney Infinity. These figures will be used for a wide variety of games for different purposes and the first game to use it is Super Smash Bros. for Wii U. The figures in Super Smash Bros. are used to add a CPU player in a local multiplayer match to assist one of the players. The first wave of figures, which use the Smash Bros. likenesses of Mario, Donkey Kong, Link, Peach, Samus, Fox, Marth, Pit, Wii Fit Trainer, Kirby, Zelda, Villager, Pikachu and Yoshi. The Amiibo platform will also be compatible with Mario Kart 8 via a download update and will be on 3DS next year.

Yoshi’s Wooly World
Made by the folks behind one of the best platformers last generation, Kirby’s Epic Yarn, Yoshi’s Wooly World is a Yoshi-flavored successor. Using the gameplay of Yoshi’s Island as a basis, they evolve it by using the yarn as an enhancer, so Yoshi can slurp up pieces of the stage (which unravels its yarn) to make a Yoshi egg out of it. Though it was announced a year and a half ago, it is slated for 2015.

Captain Toad: Treasure Tracker
One of the most beloved moments of Super Mario 3D World was the Captain Toad minigames, and Nintendo decided to make a stand-alone packaged product out of it. Captain Toad is a platform/puzzle game that takes the schroom throughout cubic levels to gain stars. Toad is unable to jump and doesn’t run as fast as Mario, so simple enemies like Shy Guys are a threat. Though Nintendo did add the ability for toad to pluck turnips a la Super Mario Bros. 2 so fighting foes are actually possible here. Out this holiday.

The Legend of Zelda
Thought to be the finale of the show, Nintendo decided to interrupt the show to tease the next generation of The Legend of Zelda. Breaking 3D Zelda convention again, this next installment is a vast open world. The shots they showed had mountains in the distance that are traversable, rendered grass that moves with the wind and NPCs tending to rice fields. Then out of nowhere a four-legged monster attacks a blue-cladded, hatless Link and he goes down some path and faces it with a bow with a magical transforming arrow. It looks stunning but it’ll be a while before we know anything else.

Pokémon Omega Ruby/Alpha Sapphire
Using the Pokémon X/Y engine, we quickly see some footage of Hoenn, the trainers and some of the important NPCs like Steven Stone and Roxanne. There are new Mega forms of Sceptile and Swampert as well as Primal Groudon and Kyogre, which are the glowing forms. Other than that, we still don’t know much other than its Hoenn with generation six tech. Releases November 21st.

Bayonetta 2
This short trailer recaps the previous one earlier this year where we see Bayonetta infiltrate Hell to rescue her sister Jeanne. Though afterwards they unveiled one big extra: the first Bayonetta is included for free! Not only that, Bayo can put on Link, Samus and (a very sexy) Peach outfits. Releases this October.

Hyrule Warriors
This mashup of Dynasty Warriors and Zelda is shaping up very well, but there’s not much in terms of new footage, other than the fact that Zelda and Midna are playable. Zelda’s pretty badass slashing foes with a rapier and shooting light arrows, while Midna rides a wolf and slaps around foes and spike balls of energy. Ganondorf is in it as well, hopefully playable. As I thought, the game supports the same co-op as Warriors Orochi 3: Hyper where one player uses a Pro Controller using the TV and the other uses the GamePad and its screen. Releases September 26th.

Kirby: Rainbow Curse
One of the first great Nintendo DS games was Kirby: Canvas Curse, and Nintendo is working on a successor on Wii U. Using the GamePad’s touch screen exclusively, players draw lines so a ball-cursed Kirby can get to the goal. Tapping Kirby and making loops speeds up the puffball and allows him to run over foes. The game has a neat Claymation look to it, and won’t be out until next year.

Xenoblade: X Chronicles
It has a name! It finally has a name, and it’s a boring one.
Nevertheless, the trailer is exclusively story that seems very Star Ocean 4. It seems the people here are refugees from a destroyed Earth and are on a new alien planet. Unfortunately there’s an evil that seems to want humanity eradicated, and that’s all we know. Characters are customizable. Releases next year sadly.

Mario Maker
We wrote about this last week, and it’s a Mario level creator. One thing we didn't know is that you can toggle the art style to be either 8-bit or New Super Mario Bros U. style at any time. Thanks to the Wii U’s power, you can create some crazy stuff like piles of enemies walking on each other.

Splatoon
A brand new multiplayer-only third-person shooter much like Plants vs. Zombies Garden Warfare, but instead of focusing on killing foes, you have paint guns and the purpose is to cover it with paint. Whoever covers the stage in their color the most wins. However, your characters can turn into squids and swim in your paint to travel faster or up walls and recover paint. Your GamePad has the map to see where everyone is and see who’s winning but you can also spawn close to friends by tapping it. Players can equip super weapons like giant paint rollers, paint grenades and bazookas to destroy enemies and cover the place with paint. Releases 2015.

Finally Nintendo shows off one more bit of info on Super Smash Bros. In an anime cutscene with Link and Pit, we learn that Kid Icarus’ goddess Palutena is playable!

Nintendo’s Digital Event now makes sense because we see that they can have a little fun with it while having an edited, smoother presentation. After snoozing through Sony’s presser last night, I now appreciate this format versus the traditional press conference and hope that they remember that THIS is how to show off games. I only wish that it was longer because they had more to show off from Mario Party 10 to a new Star Fox! Sad that most of it is slated for next year like most of the other games are.