The Electronic Entertainment Expo is here and we're in for a bombardment of video game related news.  Some of these unveils are actually pretty predictable; there'll always be a new Call of Duty, every blockbuster film is getting a video game adaptation, and new hardware is endlessly hinted about for months in advance.  So here are some of our predictions about what's in store at this year's E3:

Duke Nukem Forever 2 will be announced.  With games taking longer and longer to develop, it's only natural that the sequel to a hotly anticipated game begin the early phases of production before the first game is even out.  Duke Nukem Forever has been in development for fourteen years, so of course the sequel is already under way.  Mark our words, by the end of the Expo, this game will be announced, with a release date of Fall 2024. 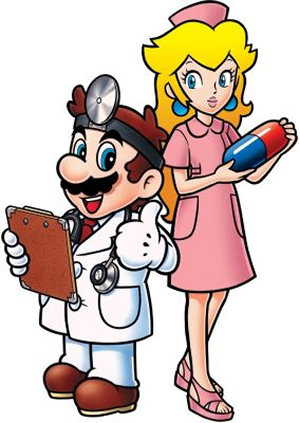 Nintendo will release Dr. Mario Ibuprofen:  With the 3DS causing migraines throughout the gaming community, it’s only natural that Nintendo will find a way to turn this into pure profit.  Expect your local game store to start selling bottles ibuprofin pills shaped like Yoshi, Luigi, Princess Peach and all of your Mario World pals.  Now you can help Doctor Mario rescue your optic nerves from the headache castle every time you open your 3DS.

Nintendo’s  New Console Will be called The Peeniis:  It's not really a secret that Nintendo is going to announce some sort of new console.  Really, the only question is what sort of ridiculous name they'll give the thing.  The company showed a total obliviousness to double entendre and childish euphemism when they called their last thing a Wii, and that seemed to work out pretty well for them.  So I'm betting they’ll just go for broke and call the new gizmo the Nintendo Peeniis.

UPDATE!
Nintendo picked something even stupider.

Remember, you heard it at Player Affinity first!