It is been a long and turbulent time for EA since the launch of their PC juggernaut SimCity. On one hand the game has done tremendously well. Selling over one million copies already, the game is one of the biggest launches of 2013 so far. However the stories dominating the headlines are the list of problems players are having with the game regarding connecting to the servers. Whilst trying to solve the issues EA announced all players would be getting a free game. Now we know exactly what that means.

Anyone who authenticates a copy of the game by March 25,2013 at 11.59pm PDT will receive a free PC download of one game from the following list:

The free game will roll out in waves through different regions starting in North America on March 20, Europe on March 21, and Asia & South America on March 22. Users may receive their code before, but no later than March 22 and have until March 30 to redeem the code. All games will be available via a special free game portal on Origin. 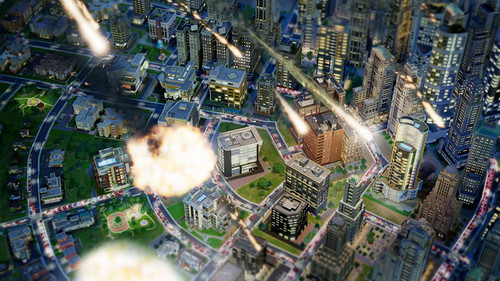 EA gets a lot of bad press and most of the time it’s valid but credit where it's due in this case. They didn't have to give anything away for free and the list of games is very nice indeed. If you were going to buy Dead Space 3 you may as well pick up SimCity instead and get it for free. Or pick up a great game in Battlefield 3 or Mass Effect 3. All in all it’s a great time to pick up the game if you haven't done so already.