EA kicked the show off with a trailer for Mass Effect Andromeda. The new Mass Effect game is set in a new galaxy and seems to be going for a more western/frontier vibe. In fact the music in the trailer and locations shown had a western feel. Even the character’s armor was given a bit of western vibe, with what looks like a bandanna shaped piece of cloth or padding. Interesting.
Not much more was shown, but they did give a release window. Mass Effect Andromeda is coming out Holiday 2016. No platforms, but I expect it to be on PS4, Xbox One and PC.


This was a surprise. A 2D indie platform game where you play as a cat made out of yarn. Your name is “Yarny.” And yes, the game looks cute as hell. As you explore the levels and solve the puzzles you leave a trail of yarn behind you. The idea is that it shows how complex your path to success was. It looks great and seems really cool. It also seems like a very unlikely EA game.
But this isn’t a bad thing, in fact Unravel was easily the most interesting thing on stage at EA’s conference if only because it seems like something so different from what EA has normally done.
Unravel is being developed by a Swedish studio called Coldwood. I’m excited to see more. But no release window was given or platforms.


The new Need for Speed was show and it looks like a mix of different Need for Speed games. The nighttime racing and car customization of Underground, the open world gameplay of Rivals and the FMV cutscenes from some of the older games.
This new Need for Speed is being built in the Frostbite engine, like the last game Rivals. The gameplay they showed looked fast. It also looked really nice. It’s always hard to judge how a game feels from a short gameplay video, but I really got a sense that the driving was more arcadey and chaotic. In the gameplay video the car is drifting and sliding around the highway.


EA had some mobile games to show as well. We got to see a bit of a new Need for Speed. This new mobile Need for Speed is called No Limits and seems similar to the other Need for Speed games that EA has released on mobile.  They also had a FIFA 15 Ultimate Team app which allows players to manage their Ultimate Team on the go.
One of the worst moments of the entire EA Conference was Minion’s Paradise based on the Minions characters from the Despicable Me series. It looked like a generic reskinned Clash of Clans type mobile game complete with timers, energy bars and different types of currencies. For some reason we needed a five minute stage demo of this game. Why? I don’t know.


EA of course had some sports games to show off and they showed a bunch of sports games. NHL '16 looks cool and will have a new feature called EASHL, the EA Sports Hockey League which sounds similar to the FIFA Football Club.
NBA Live '16 was also shown. After the last rough couple of years for the franchise I was hoping to see more about the game’s stability and improvements. Instead most of the time was spent showing off clothing customization and an app that lets you scan your face into the game. Hopefully the game will have more improvements.

Madden 16 will have improved drafting gameplay. More stats and more detailed information. We also saw Rory McIlroy PGA Tour 2016. Not a ton of time was spent on either of these games, but PGA Tour will have huge and fantastical courses to play on.
Finally FIFA '16 was shown off. I’ll be honest, I’m not a soccer fan. The game looks nice. But I barely could stay awake as EA brought out Pele, the famous soccer star and did an interview with him. Look I get that people love him and that he famous, but this interview was dull as hell and boring. There was nothing interesting happening and it seemed like EA Sports execs. just wanted to meet Pele and this was an excuse to do so. At this point the conference felt like it had stalled.

Finally the end of the show arrived and we got to see the first gameplay of Star Wars Battlefront. They showed both first person and third person gameplay of a battle on Hoth. The game mode was “Walker Assault” and seemed to have a mix of vehicles, infantry and heroes. The gameplay they showed was from a PS4, which is impressive. The game looks nice and the sound design was amazing. It sounded like a Star War movie, which is good considering it’s a Star Wars game
Star Wars Battlefront is being made using the Frostbite engine and is coming to the PS4, Xbox One and PC on November 17, 2015. 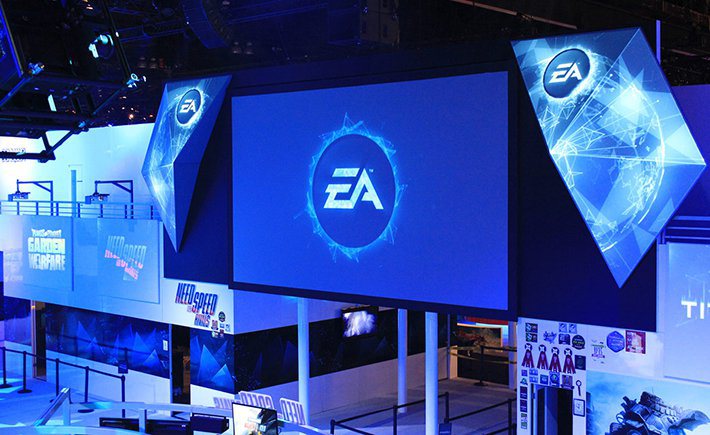 
The EA conference was disappointing this year. Not much was shown, yet it felt like it took forever to show what little they did. Unravel was a nice surprise. Star Wars Battlefront looked great. Mirror’s Edge sounds cool and I’m excited to see the open world stuff. Need for Speed looks fast and the FMV stuff looks great in “this is terrible” kind of way. The sports stuff isn’t my thing, but what they showed looked good.
Sadly most of the conference felt slow and with long segments dedicated to an interview or a mobile movie game it felt like EA didn’t have much to show. The entire event felt too slow and almost unnecessary.
Overall, a disappointing and boring conference. Some cool games, but poorly paced and filled with filler and awkward moments. Hopefully next year is better.