By: Steven Armstrong | Movie Reviews | July 3, 2014
All right, so this film is not the most believable, but then again, how many films actually are? Especially those in the family-friendly adventure genre? Sure, there are those films behind which meticulous research was done and it is applied with great care and thoughtfulness, which pays off on screen. However, even in those ones there can be a situation, or a series of them, that will make you say, "yeah right, that would never happen in real life." This is why dear reader, there are movies. So that we might escape from what would happen in real life for even an hour. As with some motion pictures, there is usually less to say about what is or is not believable in what we are experiencing than there is to say about the universal themes that the movie speaks to. If I were to describe such themes with regard to Earth to Echo, I would say that friendship, acceptance, coming-of-age, and unconditional love. 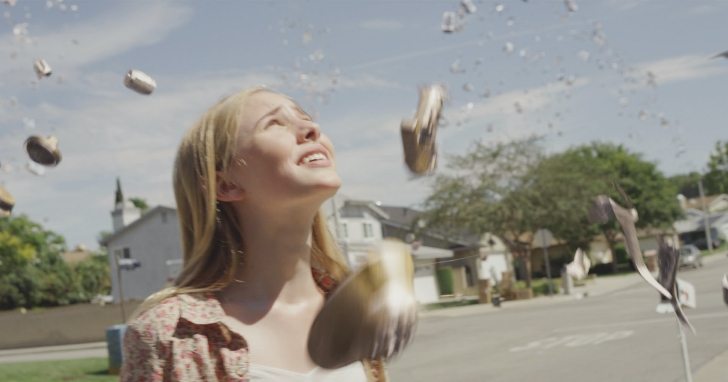 Now, there are a lot of comparisons to Steven Spielberg's E.T. Even J.J. Abrams' Super 8, which incidentally, was produced by Spielberg, is being tossed into the discussion. True, there are similarities among the films, which are hard not to see. However, Dave Green's first feature film does things a bit differently in its execution. Instead of there being one outcast character, who the story revolves around, as is the case in the aforementioned 'boy and his alien friend' films, this one centers around three best friends who through the process of meeting their new alien buddy, become closer. Having the story focus on the relationship of the three boys, while showing how Echo effects them makes it all feel a bit fresh. Not necessarily original, but its something we had not seen in a long time. In retrospect, the film actually feels like E.T. meets Chronicle, but much lighter in tone. The found footage approach, like what can be seen in Chronicle feels exciting with cameras attached to fast traveling bikes and eye glasses, which put us right into the action. It may not have been completely necessary as a narrative device, but it is effective. When the cast feels as natural as these young actors are, you do not mind going along for the ride with them and experiencing life through their eyes. 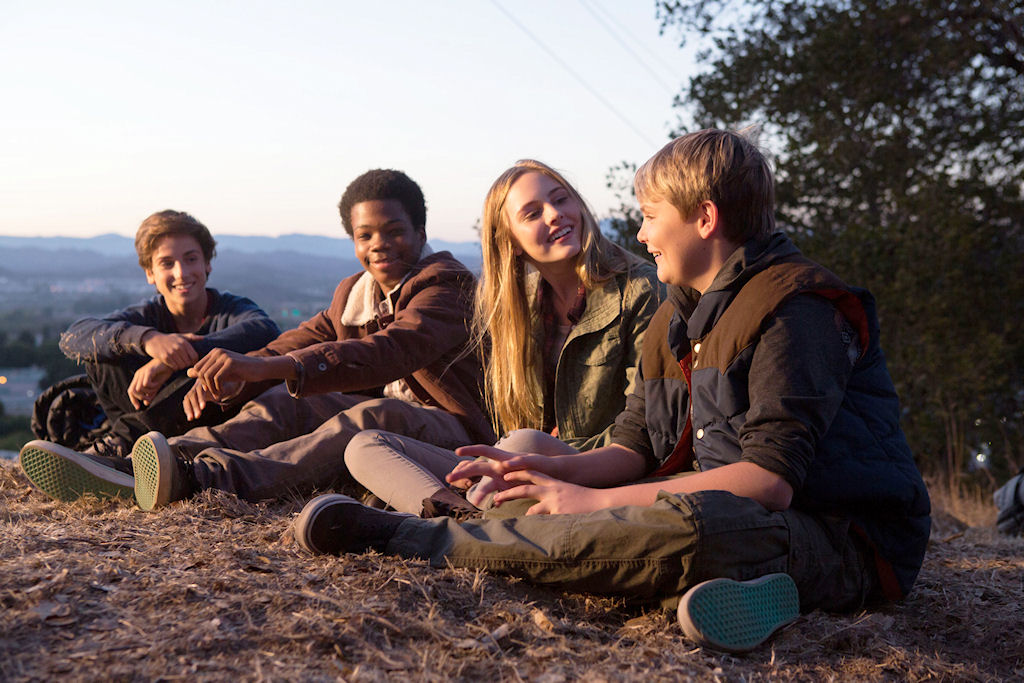 Tuck, Munch and Alex, played respectively by Brian 'Astro' Bradley, Reese Hartwig, and Teo Halm are great and beyond believable as the three best friends on the adventure of their lives. The chemistry is real and their talent as actors is undeniable. One can see a promising future for these kids. Hartwig is particularly good, really digging in, showing some real, touching emotion. Emma, the lone lady along for the ride, played by Ella Wahlestedt, was okay, but to be quite honest, she just was not around long enough for me to really care that much about her. She also gains nothing from the experience since she is not the one trying to get in one last adventure with her friends before they move away. I would argue that she could have been completely omitted from this film because this movie is about the dynamics between the three boys. This film will not touch anyone as deeply as E.T. or Super 8, but kids who are not yet teenagers should be pleased enough with what we have in this film, which is completely okay since it feels like that is the target audience this picture is aiming for. Heck, even some adults, myself included would find something enjoyable about this picture. For instance, the aspects of coming-of-age, issues of abandonment and the power of friendship and the love that can be found in such dynamics are definitely threads that older audiences will be able to connect with and if you are looking for an enjoyable flick to catch this summer with your kids, you might check this one out. However, you could also wait for a home video release.
Rating
7.0
Pros