Echoes Contest and Release This Month

Schizophrenia, resentment, doubt…murder?  These are all things Brian Cohn inherits from his father in Top Cow Productions’ newly suspense/thriller, ECHOES, the first independent-styled series coming out of Minotaur Press.

From the creative minds of acclaimed author Joshua Hale Fialkov (TUMOR) and rising artist Rahsan Ekedal (CREEPY), the first issue of the 5-issue miniseries,ECHOES #1, debuts the end of this month.  Brian Cohn was learning to deal with the Schizophrenia inherited from his father.  Supportive wife, new baby on the way, drugs to control the voices.  But when on his father’s deathbed, he learns that he also inherited the trophies of his father’s career as a serial killer.  Will his madness send him further down into the crawlspace of his father’s mind? 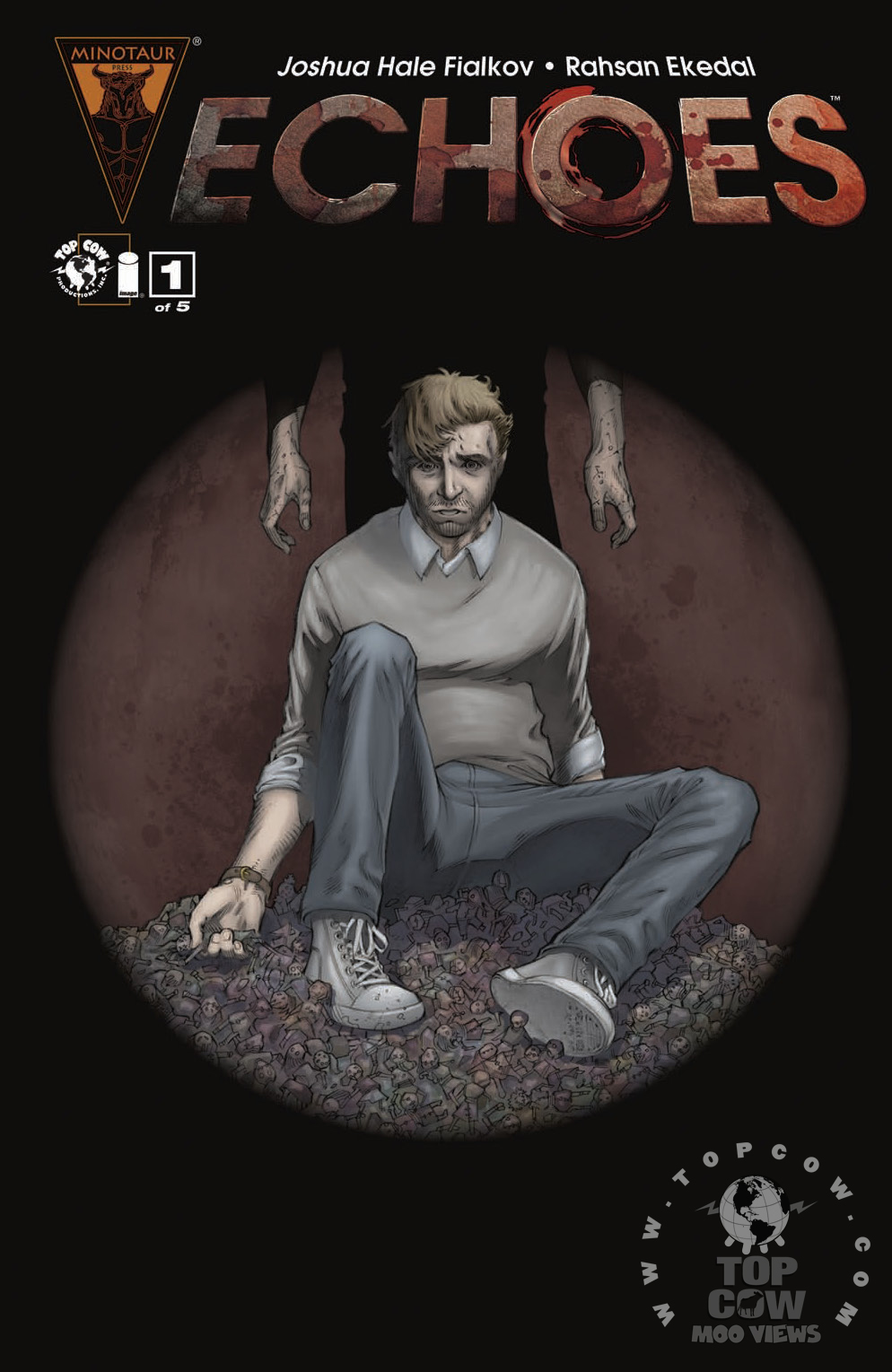 "I could not be more excited for the world to see the hard work Rahsan and I have done over the past few months,” said Fialkov.  “Echoes is by far the darkest book I've ever done, and I couldn't be more grateful to the folks at Top Cow for taking a chance on something so... outside the box.  Now, do me a favor and give a try to prove them right for taking the chance!"

As a treat for fans, the publisher is holding a Facebook giveaway contest.  Beginning Friday, December 10 until the December 29, a random winner will be chosen each week leading up to the series release.  To enter, fans must ‘like’ Top Cow Productions, Inc. on Facebook (www.facebook.com/TopCow) and post a statement about why they are excited for the series.  Winners will receive a Facebook message announcing they have won.  Each winner will receive a signed issue of ECHOES #1 by Fialkov and Ekedal, the TOP COW FIRST LOOK trade paperback and other miscellaneous Top Cow titles.  Top Cow will accept multiple entries per person as long as each entry is unique.