As we all begin the journey into the icy reaches of Skyrim, some will want to know what the races are and what they are capable of. Skyrim promises to allow you to do anything you could possibly imagine at any point. However, this doesn't mean that one race does not hold an advantage when attempting certain types of fighting. From the Argonian to the Wood Elf, here is a recap of the advantages and disadvantages of the races that populate Skyrim: 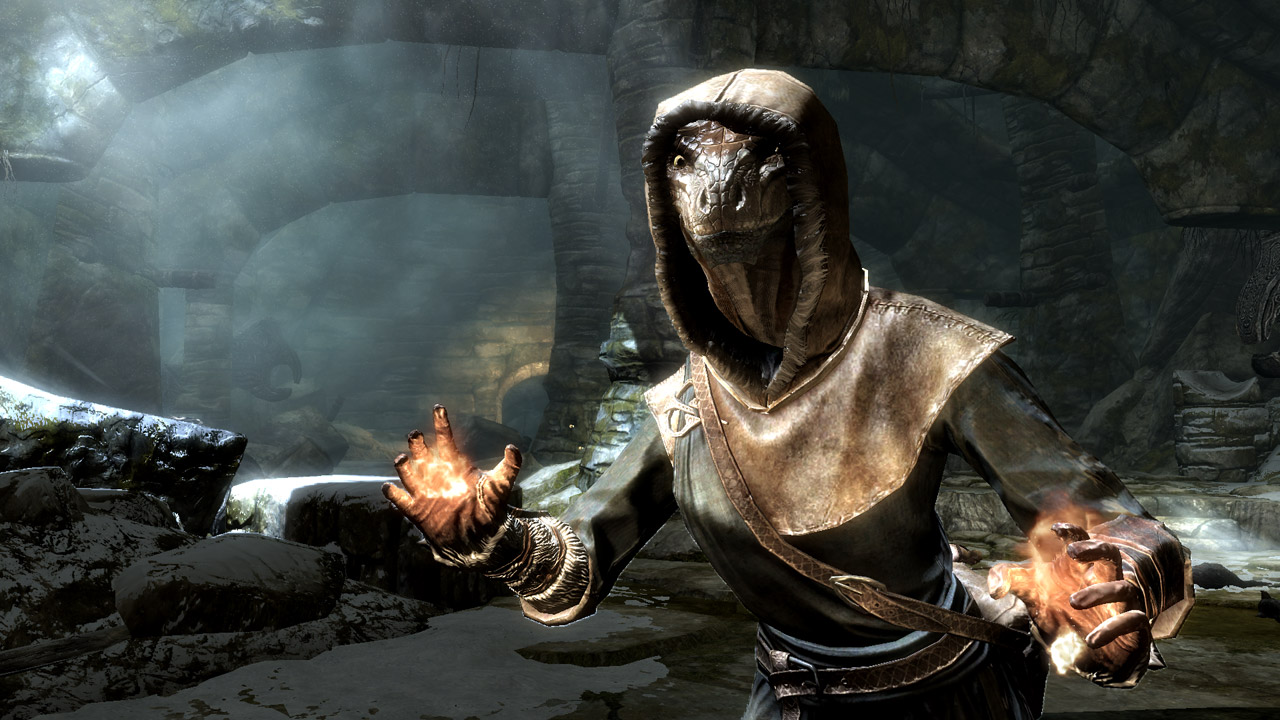 Argonian – Reptilian inhabitants of Black Marsh. These lizard men of sorts have the natural ability to breathe underwater as well as a heightened resistance to disease (50% to be exact). Favored skills include Lock-picking (natural +10 bonus), Pickpocketing (+5 bonus), Sneak, Light Armor, Alteration, and Restoration. Histskin is their natural ability, which grants health regeneration for 60 seconds at 10 times faster than the normal rate. 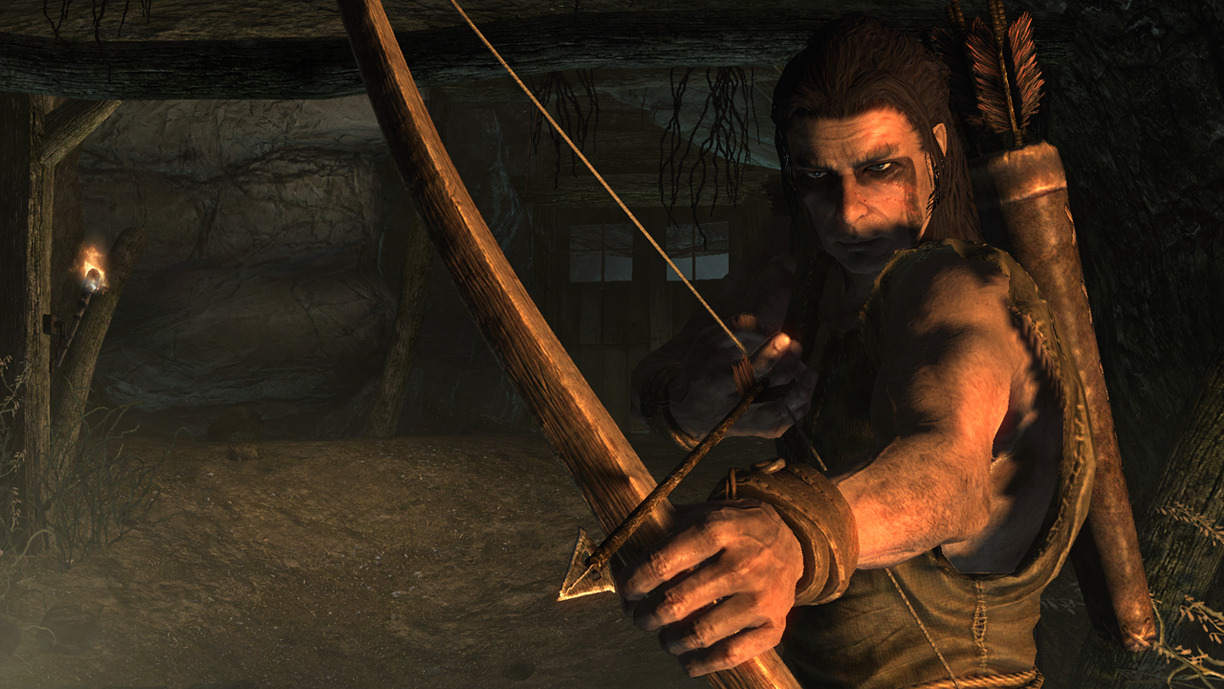 Breton – They find home in the province of High Rock and naturally acccel at magic and forces that deal with the supernatural. Preferred abilities and skills include Conjuration (+10 bonus), Illusion (+5 bonus), Restoration, Speech, Alchemy, and Alteration.  Dragonskin, the racial spell of choice, allows spell absorption of 50% for a 60 second time period. Due to their natural abilities they also enjoy 25% magic resistance against all schools of magic.

Dark Elf – Known as “Dunmer” in their homeland of Morrorwind, find themselves at home as warriors and sorcerers alike. Naturally resistant to fire (50%), they can also create a flame shield that damages nearby foes for 60 seconds. Perfect skills for the Dunmer include Destruction (+10 bonus), Alteration (+5 bonus), Illusion, Sneak, Light Armor, and Alchemy.

High Elf – Also known as “Altmer” find home on Summerset Isle and are a proud and oftentimes golden people. Their racial ability is among the best, allowing regeneration of 25% of their Magicka pool every second for one minute (they naturally have +50 Magicka as well). Some favored skills include Illusion (+10 bonus), Alteration (+5 bonus), Conjuration, Destruction, Restoration, and Enchanting. 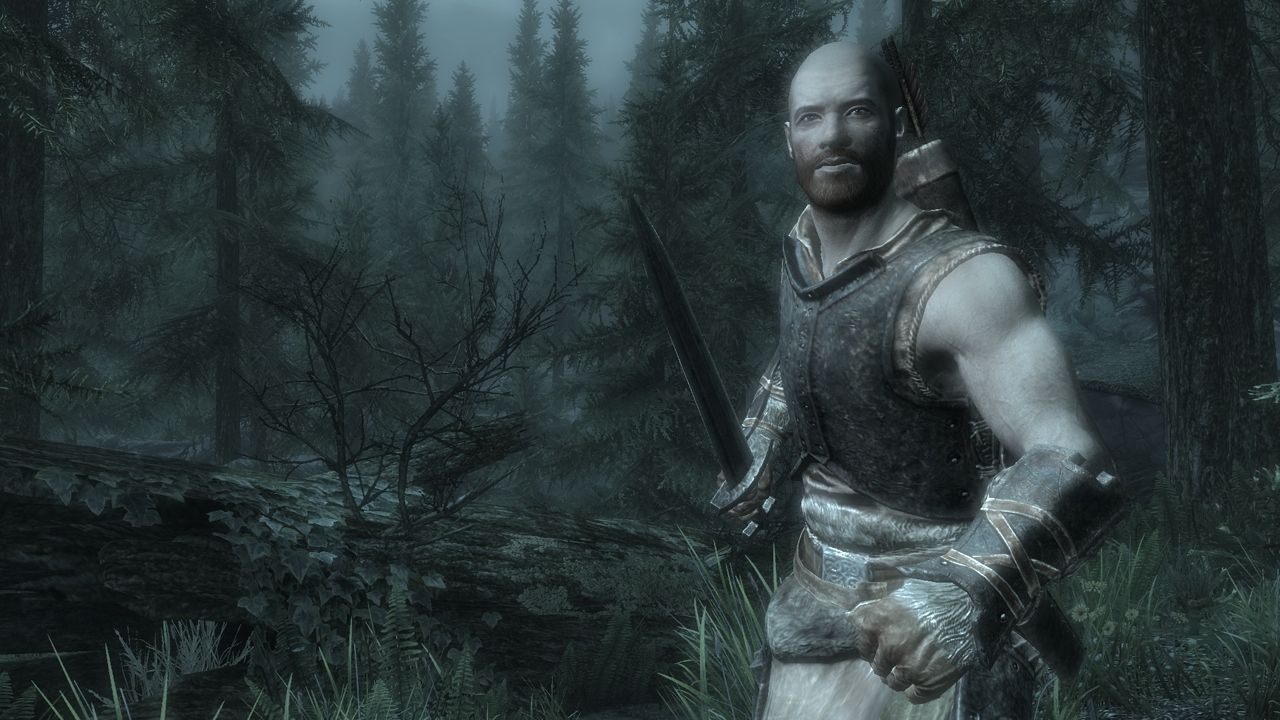 Imperial – Natives of the cosmopolitan province of Cyrodiil, Imperials are among the best educated and spoken of the races encountered. They naturally find more gold then other races in most instances. Voice of the Emperor is their racial ability and it calms nearby people for 60 seconds. Preferred skills include Restoration (+10 bonus), Destruction (+5 bonus), Enchanting, One-handed, Block, and Heavy Armor. 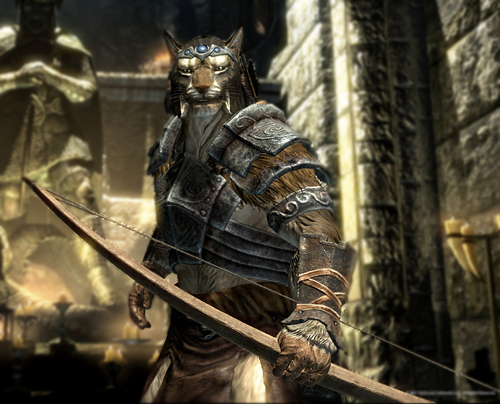 Khajiit – Travelers from the province of Elsweyr, their appearance can vary drastically, from Elf-like, to the more Jaguar-esque form known as Cathay-Raht, and up to the renowned Senche-Tiger. Khajiit enjoy a new unarmed claw attack in Skyrim and their racial ability allows them to see better at night for 60 seconds. Skills they excel at include Sneak (+10 bonus), Lock-picking (+5 bonus), Pickpocket, One-Handed, and Alchemy. 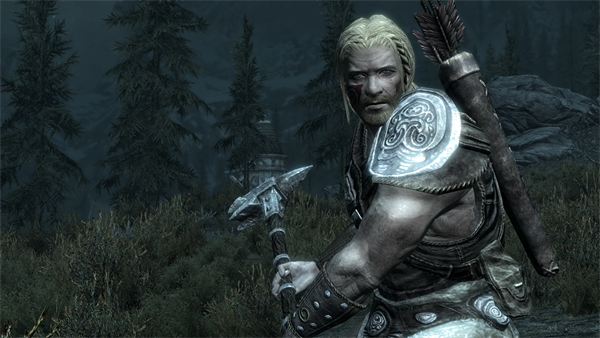 Nord – Here we find the actual natives of the land of Skyrim. They are both aggressive and fearless, as well as excellent traders and explorers. The have natural abilities with Two-Handed (+10 bonus), One-Handed (+5 bonus), Block, Smithing, Speech, and Light Armor. They can also let out a battle cry that sends foes running for 30 seconds as a natural defense. Being native to the icy tundra that covers a vast majority of Skyrim also gives way to Nords having natural Cold Resistance (50%). 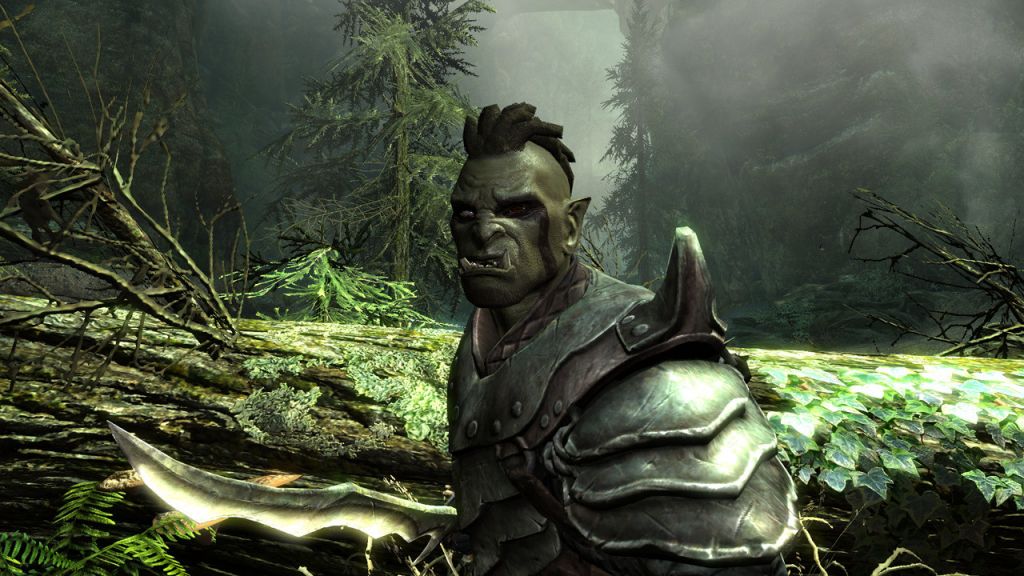 Orc – These barbarians have found refuge in the Wrothgarian and Dragontail Mountains. They have courage that stands taller than any other race and can show unflinching endurance in the face of adversity, excelling at Heavy Armor (+10 bonus), Smithing (+5 bonus), One-Handed, Two-Handed, Block, and Enchanting. When enraged they can enter into a Berserker Rage that lets them deal double damage while halving the damage they take for 60 seconds. 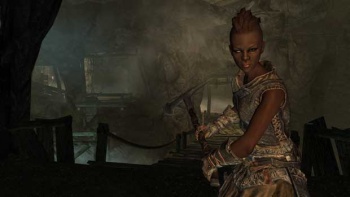 Redguard – Known as the most naturally gifted of all Warriors found in Tamriel, the proud Redguards hail from Hammerfell. Having a natural poison resistance (50%) and the racial Adrenaline Rush (which allows Stamina regeneration 10x faster than normal for 60 seconds) makes them formidable opponents. One-Handed (+10 bonus), Archery (+5 bonus), Block, Smithing, Destruction, and Alteration are all skills of choice for the Redguard.

Wood Elf – Finally we come to the clanfolk of the Valenwood Forests. Known within as the “Bosmer” they are truly home in nature. Their natural abilities allow them to control an animal companion for 60 seconds, as well as giving 50% resistance to both poison and diseases. Archery (+10 bonus), Sneak (+5 bonus), Lock-picking, Pickpocketing, Light Armor, and Alchemy make them swift and deadly hunters.

As you venture forth into Skyrim, make your racial choices wisely, because with everything that lies in wait, it may just make the difference between life and death at the hands of one of the many dangers that we all shall face.