To be honest I didn’t really know what to expect from this issue. Sure I had read the preview and that had me interested in the series for sure, but then there was the fact of the matter that the preview wasn’t really going to be a part of the series. Then there was the fact that Chris Roberson was writing it and he’s never struck me as an amazing writer. iZombie was decent at first mostly impart to Mike Allred’s art, but the series never reached that level of amazing after a solid twelve issues. Then there’s Starborn, which is easily the weakest of the three Stan Lee projects. Not only did this series start off with a different pacing and tone than the other three, it just really seemed like it had potential. But again it still hasn’t plateaued into greatness like Soldier Zero has.

For Elric though, this seemed like it was going to be something completely different from anything else he had done and at first it was. The story opens with a great narration from Elric explaining who is and what he does really, but then we’re sucked into another characters world that uses the opening as a dream. This new character looks exactly like Elric and even has a similar name “Eric.” The difference is that Eric lives in our world and is a video game designer with a twin brother. The twin is a murderer that’s form his own version of the Tea Party with a bigger emphasis on guns and less on tea. 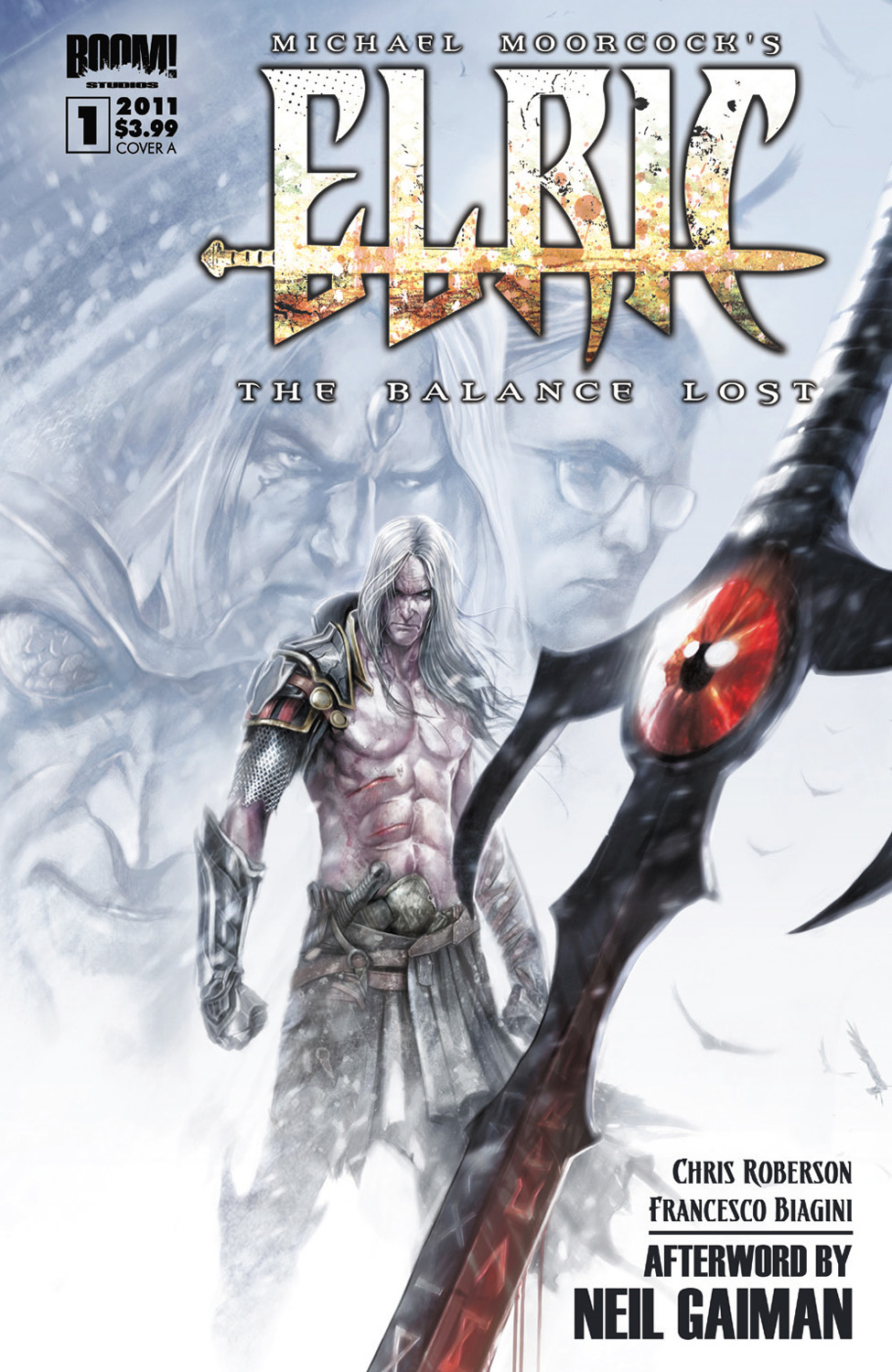 We bounce yet again to another world and setting and another Elric. It is a multiverse after all. In this world we learn of a great evil that has been stopped, but that the evil is lying in wake waiting to tear the world apart yet again. The story continues bouncing around to the different Elric’s on the different worlds all establishing one constant… the balance is lost.

The story is not going to be what anyone expects. I thought it was going to be about an Albino with a black sword slaying everything in his way and feeding him via the black sword that takes souls. Instead we’re instantly taking to a world that is similar to our own that has been overrun by demons. Then taken to a world exactly like our own which not only confused me as to what was going on in the story, but really put me off as the setting became typically and boring. I’m not sure what Roberson’s goal with this story is as it barrows heavily from a lot of different fictions and wraps it all up with a Terminator ending. Every time the story left the modern setting I became interested and wanted more of the current place setting, but the bulk of the story managed to stay in the modern world. If you're expecting it to be based off of Moorcock's world then you'll be disappointed since I don't think Moorcock wrote about video games at all.

The art is actually really good and saves the story a lot. Although the setting jumps around for a total of four different places, artist Francesco Biagini nails each one of them. He really adds the personality to all of the different characters introduced. Biagini makes each page interesting and draws unique worlds that are all strangely tied together. This is a prime example of why art is important in comics as it can take a story that teeters on forgettable and save it, bringing it to interesting. 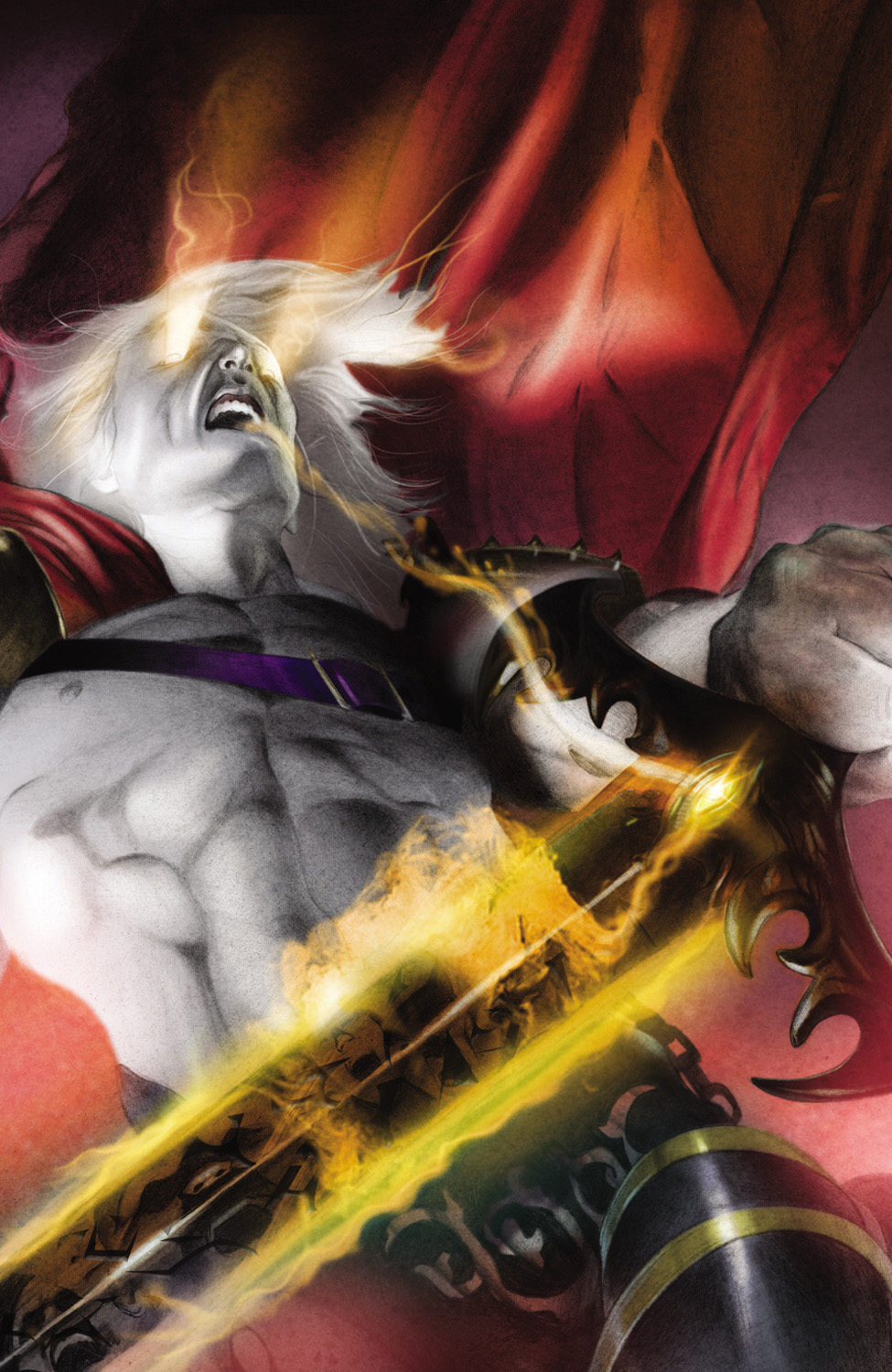 This issue may not be the best, but it has a lot going for it. Hopefully Roberson can find his own balance to the story so that this book can be a great introduction in the world of Moorcock’s writing. For some, like me this was my first introduction to his characters and intrigued me enough to look forward to future issues and also pick up Moorcock’s own writings.