Enough With the Zombies!

By: | PC Features | September 24, 2011
Zombies are great. There are few things more satisfying than exploding the cranium of a brain-eating monster. However, over time, like fine food at Thanksgiving, zombies have been stuffed into our mouths repeatedly, to the point where we can't enjoy them anymore. With the release of Call of Duty Black Ops: Rezzurection, it's a perfect time to discuss the current problems with zombies in games today, and how to fix them.
The first problem is repetition. Zombies have been used as enemies since the Atari days, and it's starting to get old. Like World War II, zombies have become a contrivance over time, due to how often they show up. Even series often associated with zombies (Resident Evil) have tried their best to distance themselves from the cliche without losing their roots. It hasn't helped that newer titles, such as Call of Duty or Red Dead Redemption, have started to include zombie-related content. No matter how high the quality of these latest zombie outbreaks is, the feeling of repetition is a big problem. 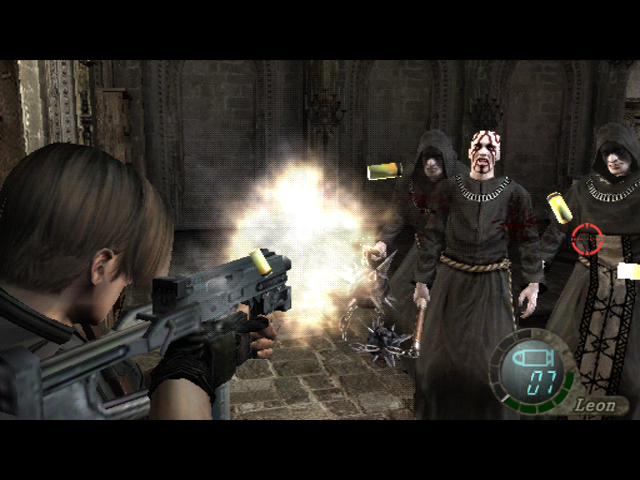 The next issue is creativity. There have been some great, creative zombie games to be sure, but the inclusion of zombies in several games is limiting creativity, and therefore, progress. As of late, developers haven't been thinking of new ways to include zombies; they've been mashing up existing genres and gametypes. Take for example the recent Dead Island. It was a combat-focused, open world zombie RPG, which was essentially Borderlands with the undead. Many titles have added zombie-related post release DLC, showing that developers are merely thinking the question, "What if our game had zombies too?"
If one needs further example of how zombies are limiting creativity, they need only look at the Resident Evil series. Before 4, the Resident Evil games' most memorable enemies were the special foes, the lickers, Nemesis, and Tyrant. Then, Resident Evil 4 came out, and it wasn't limited to zombies for its main enemy. Since it had no zombie limitations, RE4 had incredibly creative and memorable monster designs, with new enemies being introduced every hour. 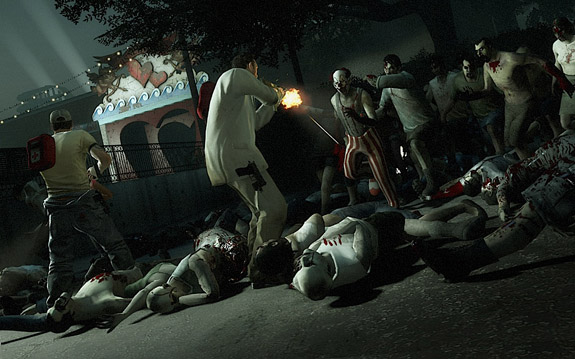 The most successful zombie games, ironically, are the ones which have thoroughly bent the definition of a zombie. Left 4 Dead has vanilla zombies, for sure, but then includes special enemy types such as the Boomer, Hunter, and Smoker, for the sake of gameplay. That's a fair trade-off, but at that point, is it really a "zombie" game? Left 4 Dead only refers to it's antagonists as "the Infected", so there's no official answer to this question. The point is semantic, but it's still interesting to bring up.
Despite these reasons, I still believe zombies have their place. They just need to be used more creatively then they are now. For example, a slower paced, open world survival game set in a city swarmed by zombies would be an engaging premise for a video game. Right now, though, zombies are a crutch, one that either needs to evolve, or be abandoned entirely.