It has taken me about a week to collect my thoughts in regards to the season 7 finale of "Entourage." Let us join in a collective, "WTF!!" over the events that occurred, not only over the last season, but for the duration of "Lose Yourself." The entire episode felt like a glimpse inside the mind of an attention-deficit-disorder ridden 10th grader with the hopes and aspirations of becoming the next Lindsay Lohan - a future, which as of late, is not as promising as one may hope.

Because the storyline hopped all over the place throughout the episode, I'm going to try my best at psychoanalyzing, which this episode clearly needed (along with a strong dose of medication)... Try to keep in mind that Vince is nowhere to be found and everyone is freaking out about it while the following events take place.

Turtle is left trying to pick up the pieces of what remains in the business deal between Mark Cuban and Avion. He looks to other outside investors, among them, New Orleans Saints quarterback Drew Brees, to try and build interest in the Mexican tequila company. Turtle quickly realizes, after his own Charlie Sheen a la "Wall Street" moment, that Cuban is relentless and will have his way with the deal - "Money never sleeps, Turtle!" Cuban ends up giving Turtle $5 million for a new Avion factory which Carlos has been attempting to raise funds for in order to churn out the product in mass quantities. Cuban's financial advisor is quick to warn Turtle upon breaking the news to not mess with this deal or else, "Mr. Cuban will make Gordon Gekko look like Mary Poppins." Priceless.

Ari Gold's downward spiral to the gates of Hell came to its climax after his attempt at a self-proclaimed grand gesture for his wife's birthday goes awry. Ari comes home to find that his wife's sister is over trying to help pick up the pieces from the atrocious, career destroying scene that the Gold family patriarch made during what was supposed to be a nice dinner date with the missus. The sister-in-law however, was required to play along in order to get Mrs Ari out of the house so that the CIA could come in and try to defuse the bomb Ari was in the midst of creating. Ari agreed to paying off all of his sister-in-law's debts, as well as schooling for her kids if she got his wife out of the house and brought her back by a certain time. 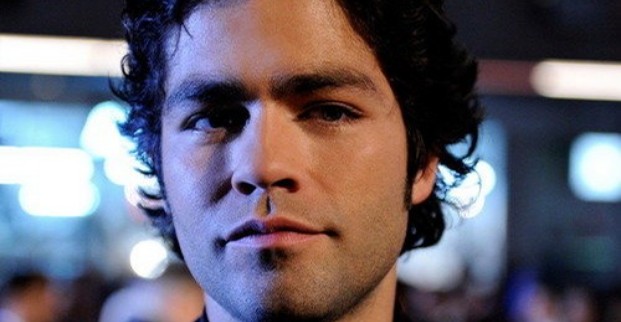 The master agent was somehow able to wrangle up his remaining friends, as well as a guest performance from Christina Aguilera to help celebrate his wife's birthday. His wife thanked him for the gesture by getting completely sloshed at a bar, hitting on younger men, refusing to attend the party, and notifying her husband that she wants to take a break. So much for your convoluted interpretation of a grand gesture, Mr Gold.

After what seemed like years of Drama bugging out over his drug addicted younger brother’s absence, Vince somehow finds his way home, most likely with the navigation system in his spur of the moment Rolls-Royce purchase.

The gang, along with Billy Walsh (Vinny’s old director played amazingly by Rhys Coiro), Scott Lavin, and Ari stage an easy-to-predict failed-in-five-seconds intervention. Vince is going down a path he never would have gone down when the series first began. The scene ends with Vin storming out and telling the group, “I know you all need me but I’ll call if I need any of you.” He ends up getting a hotel room and enough blow & booze to appease the needs of a seasoned substance abuser.

Vince ends up going downstairs to a private party in the hotel completely cocked and ends up getting into a serious battle with Marshall Mathers/Eminem/Slim Shady. It was just like a scene out of “8 Mile” (sigh). Johnny ends up finding Vin at the hotel and jumping in on the fight as well to help protect his little bro.

The concerned friends eventually join Vince in the hospital where he sarcastically tells his friends “I’m officially out of control!” then we cut to a cop who found a bag of a white powdery substance among the crown prince’s belongings, who informs the star he should probably get some legal counsel.

Things just happened so quickly in this episode – that isn’t to say I didn’t enjoy it, but it kind of felt similar to being the last kid left on the field during recess, dodging 50 mile an hour rubber balls. Just as one flew by, another whizzed through and then another.

Scott Lavin tried the old “Tse-Tse Fly” maneuver that Ari pulled a few seasons back and offers Eric an opportunity to join the new venture.

Not too much happened with Drama, other than taking over the protective role as older brother and flirting with Eric’s assistant Jenni.

Eric’s future father-in-law asked him to sign a pre-nuptial agreement – something which never came up with his fiancée Sloane. She freaked out because she had no idea that that was her father’s intention for the lunch meeting and E is upset because he’s a little girl.

Vince is screwed. There’s no other way to say it. He missed Ari’s son’s baseball game after promising to attend and Vin has always been a man of his word… at least when it comes to kids. That, and he made a complete ass out of himself at Sasha’s photo shoot earlier in the episode – an incident which made Vince go AWOL in the first place.