The Fall season for TV is like Christmas for Christians. It’s a time of year when people not usually interested in television get excited about the upcoming season premieres whilst wearing silly jumpers and exchanging gifts around a tree. Yeah... so not exactly like Christmas, but I still argue with my family a lot and a fat man puts his had in my stockings, so the analogy stands.

Here at Playeraffinty, we get pretty over excited about the return of our favourite shows. James told me his body changes when he thinks about it, which was a little worrying, but he was winking at me at the time so I think we’re just best friends. Below are some of our picks of shows and plotlines to look out for.

If I was going to make a TV show, it would be Dexter. Mine would probably have Eddie Murphy playing all the characters and be a musical, but other than that, it’d be exactly the same. The fact that the show revolves around a protagonist who is also a Sociopathic serial killer that takes great pleasure in chopping up people, is no mean feat. Last season ended with such a phenomenal cliff-hanger that I actually made pumping hand gestures and noises that belong in a Frat House.  Rita has been murdered, by who we assume is the ‘Trinity’ killer and Dexter is now left holding the baby... literally. 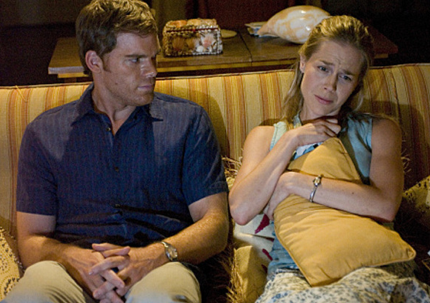 The only thing that could possibly ruin this cataclysmic event would be a decision to pull the ‘she’s not dead she is just really bloody and sleeping’, but this is beneath the Dexter writers and instead I think we are going to be in for a story of revenge juxtaposed with Dexter’s struggle to emerge as a single Father. I honestly haven’t been this excited for the return of a show for a long time and if you miss out on its return, then you deserve to be strapped to a table and have Eddie Murphy cut you into little pieces.

I love Nathan Fillion. If I was going to be an American actor I’d be Eddie Murphy dressed as Nathan Fillion. Firefly is my favourite TV show of all time and I’ve watched as Mr Fillion has been cast in a series of unsuccessful projects such as Drive and that other one, no one can remember the name. But Castle is the perfect vehicle for his special brand of charm and awkwardness and is also one of the most well written shows on TV.

The only frustrating aspect of the show is the textbook ‘will they, wont they’ relationship with the lead characters.  I’m praying that this season will see Castle and Beckett finally lay the high school shenanigans to one side and put an end to this relentless teasing. But there is rarely any disappointment within what has proved to be a winning formula of traditional detective drama and comedy 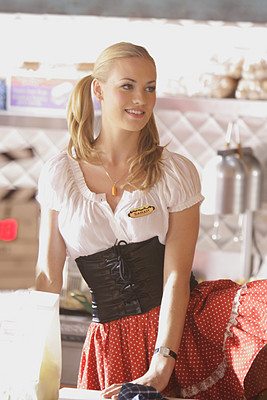 Chuck is my comfort TV. When I’m hung-over and feeling ashamed after getting naked in a crowded Pub, an episode of Chuck will distract me from my embarrassment and put a smile on my bloodshot and pasty face. It also contains as close to my perfect woman as one can ever hope to find without the help of a scalpel and indefinite prison sentence. I could watch Yvonne Strahovski read an entire James Joyce novel in monotone and I would still be entirely transfixed. But Chuck is more than a vessel for my dream woman to seduce me; it’s also absolutely hilarious and has one of the best casts on TV. In fact, the weakest character is arguably Chuck himself, with individuals like best friend, Morgan and the cringingly brilliant, Jeff and Lester it’s often difficult to pay attention to the story due to an overwhelming desire to hear some more one-liners and see Big Mike eat a sandwich.

After season 3 I was ready to give up on Dexter.  A big fan of the first two seasons, season 3 left me unimpressed and even a bit bored (and no show about a serial killer should ever be boring).  But in its fourth season, the show returned to excellence, giving us the best villain yet, in the creepy form of John Lithgow, and mixing up Dexter’s personal life with the additions and subtractions of certain family members.  I am now fully back on board.  With actors like Julia Stiles and Peter Weller (Robocop!) joining the cast this year, and Dexter’s conscience looking like it finally may catch up with him over the deaths he’s caused; this season could be even better than the last.

Modern Family had one of the most successful rookie seasons of any sitcom in recent memory.  While most sitcoms take some time to find their voice (see the big improvements made in Parks and Recreation between its first and second season), Modern Family came out from its pilot episode with a distinct and confident voice and that voice remained for its full run.  My question is “where can it go from here?”  The season finale was near identical to what we saw in the pilot.  Will the show evolve at all, improve on its impressive start, or is this what it will continue to be for its entire run?  I suppose I shouldn’t complain too much, considering how much I like the show, but I can’t help but wonder if in a genre where shows generally take some time to fully hit their stride, has Modern Family already shown us the best it has? 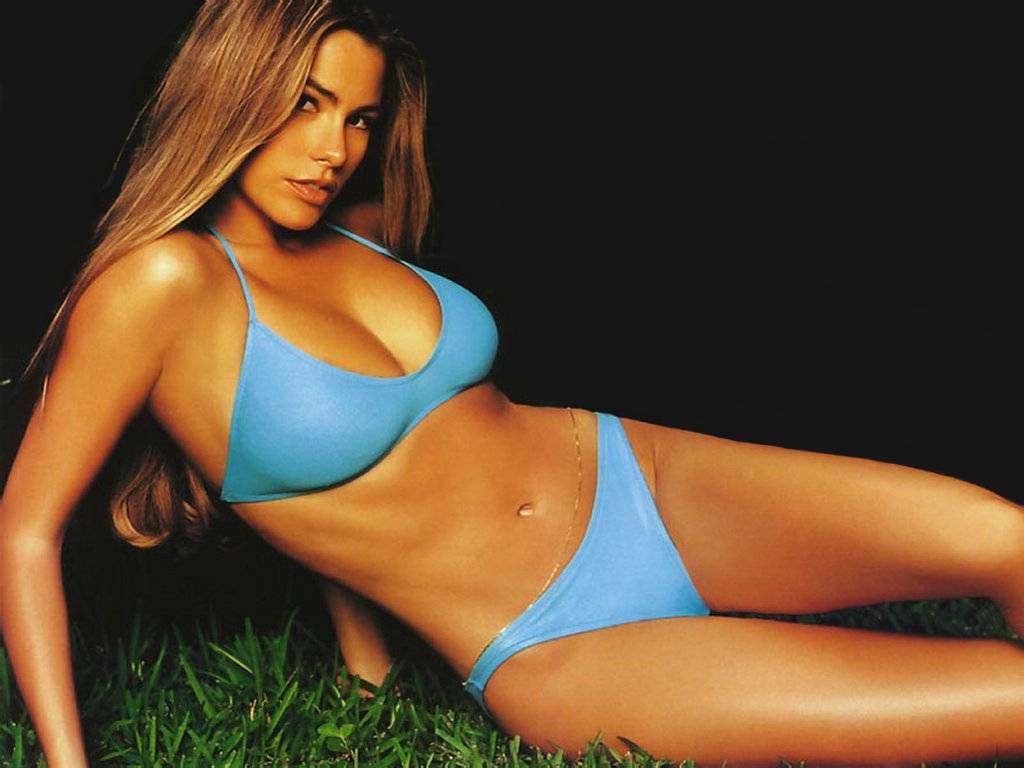 Once my favorite show on television, The Office is coming off its worst season yet.  Disjointed, unfocused, with multiple plotlines that went absolutely nowhere and, most damagingly, not funny.  It remains to be seen if season 6 was a mere bump in the road, or if this is now the show The Office will always be.  Adding to that, there’s the added pressure of this being Steve Carrell’s final season on the show.  While losing its lead might be the nail in the coffin for this once-great show, I’m hopeful that it will re-energize it.  His impending departure and the search for his replacement could give the season a focus that last year lacked and the return of his former flame, played by the always-great Amy Ryan, is more cause for optimism.  The Office has had a great run, but I’m not ready to say goodbye to it just yet.

Ok so maybe not the most original of choices, but hey it’s Dexter! I however, am not heartless like Oliver and the death of Rita made me cry like a ten year old girl. No offense to ten year old girls. I admit she did become pretty annoying in the fourth season, but she was the only thing that really grounded Dexter. Without her what is to keep Dexter interested in maintaining his duel identity? He does still have Cody, Harry, and Alister but it may be best if they stay with Paul's parents. The idea of Rita becoming the counter to Dexter’s "dark passenger", usually represented by Harry, is an interesting idea that I believe the producers have unfortunately shot down. I think the reason we all can’t wait for Dexter to come back, is because they could literally take the show anywhere. I for one would like to see Dexter go completely off the wagon and ditch his code. Also something to think about is the possibility that any of the kids might now also have a dark passenger which they explore in the books. Dexter will be killing and we will be watching. 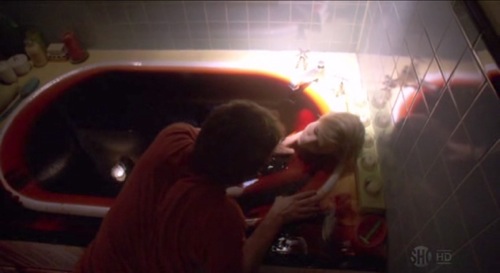 In my opinion, the funniest show on TV by far. Sunny has only gotten better over time, with each season being better than the last. It is said to be an R rated Seinfeld and this is true for the most part. The characters have wisely ditched any sense of humanity and are nothing but vile self absorbed monsters. This is why it is so funny. It’s almost like they aren’t responsible, they don't mean to be such bad people; they just don't know any better. Every week they go on adventures that continuously spiral farther into absurdity. This season will have some development, as Dee will get pregnant (actress Kaitlin Olson really is pregnant with Mac....yeah those two are married in real life, weird huh). Anyway, I can’t wait to see what the gang is up to.

Now, it doesn't come back till January so this might be cheating. David Duchovny is absolutely amazing in this show and if it were not for Sunny, this would be the funniest show on TV. The stories are grounded yet venture into the realm of absurdity. Moody is a writer whose life continues to slip away and the end of last season was truly hard to watch....I mean that in a good way. He has literally LOST (SORRY I'M TRYING TO GET OVER IT) everything that matters to him and he finds himself in prison. That was one terrible day. The show has seen Hank hang on the edge of rock bottom, but know he has officially smashed through it. I just want to see what he does next and how he gets his life back.....if he ever does.

So there you have it, our thoughts for the future. But to be fair, opinions are like assholes; if someone offers you theirs, it's only polite to offer yours in return. So what are you looking forward too?