Epic Games’ design director Cliff Bleszinski has stated that his studio is sharing a “big announcement” at this year’s Spike TV 2011 Video Game Awards show.  With expected announcements regarding a new Bioware project, a new Alan Wake project, and the mysterious Last of Us, Spike TV’s annual awards show appears to be morphing closer to E3 than the academy awards.

In a Spike TV teaser video, Bleszinski says that “2011 marks the 20th anniversary for Epic as a studio, and while we've been busy supporting Gears of War and Infinity Blade, we have something new in store for you,” and that “It's an entirely fresh and new experience we've been crafting here in our North Carolina studio.”

Its Cary, North Carolina studio is responsible for major projects like Gears of War 3 and Unreal Tournament, so it would seem that Bleszinski will certainly deliver on his promise.  It definitely sounds like a new IP as well, which is always a good thing.  The Spike TV 2011 Video Game Awards will air live on Spike TV and MTV 2 on December 10th at 8:00 PM Eastern, 5:00 PM  Pacific. 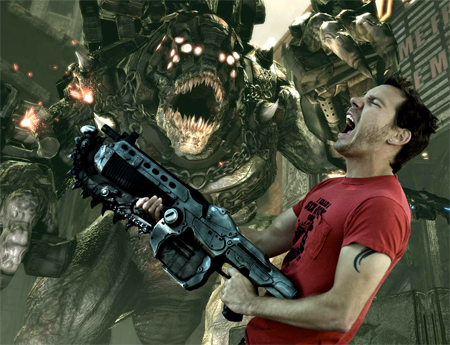