By: | Comic News | February 17, 2011
Strap in for adventure as BOOM! Studios flies you back to Duckburg to join Uncle Scrooge, Huey, Dewey, Louie, and all your favorite feathered friends in the all-new, original ongoing DUCKTALES comic series! A beloved classic of The Disney Afternoon, DUCKTALES returns with writing by Epic Mickey video game creator Warren Spector and spectacular art by fan-favorite Disney Duck artist Miquel Pujol! Don't miss out as The Disney Afternoon Revolution continues in a big way this May with DUCKTALES!

"You want ducks? Oh, do we have ducks!" says BOOM! Studios Marketing Director Chip Mosher. "We're taking you back to one of the most celebrated Disney Afternoon series ever aired! And with a creative powerhouse like Warren Spector and fantastic art from Miquel Pujol, this series is sure to be jam-packed with duck adventures no DUCKTALES fans will want to miss!"

DUCKTALES is BOOM!'s latest and greatest of The Disney Afternoon Revolution that "might solve a mystery," and will definitely "rewrite history!" Existing within the same continuity as BOOM!'s hit series DARKWING DUCK, find out why "life is like a hurricane!"

DUCKTALES #1 is written by Warren Spector and drawn by Miquel Pujol and ships with A & B covers by Leonel Castellani and James Silvani respectively, as well as a 1-in-10 incentive cover. This title ships this May. 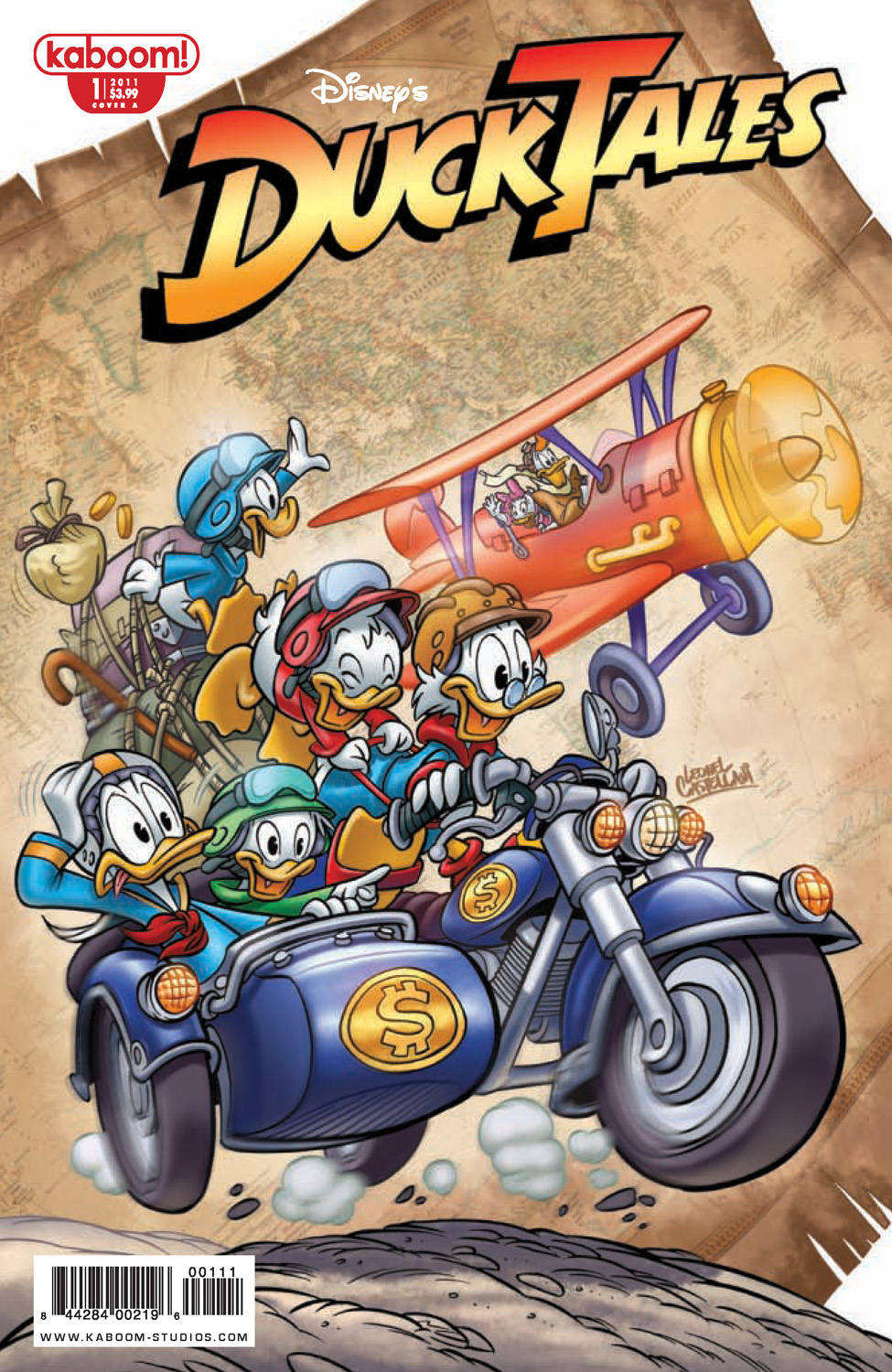 You may now begin singing the Duck Tales theme song in your head... all day long! Whoo Hoo!