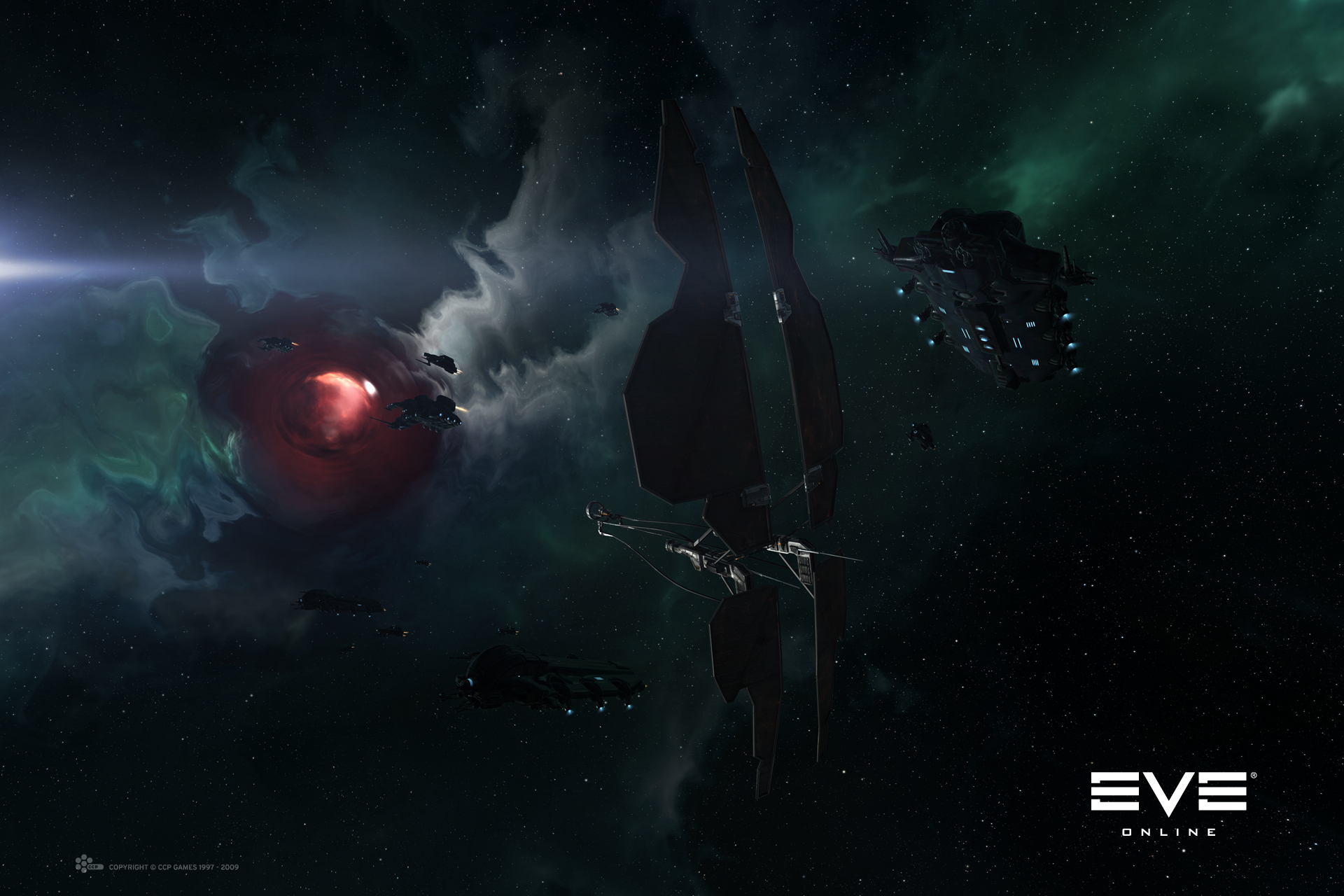 I’m roughly two months into my foray within CCP’s intergalactic spreadsheet spectacle, and I can now say, it’s pretty damn great. The confusion that is EVE Online has subsided a bit now that I have a basic understanding of the game, but this is only the beginning. As questions get answered, more continue to blossom. I find myself lost in lists, engulfed in data and tangled in player-to-player dialogue. But, is this complexity a good thing, or is it too strong a deterrent for the common gamer? Fortunately, the community is one of the more helpful and welcoming influences that I’ve ever experienced in online gaming.

I remember when I began. I was eager to learn and retain all the knowledge I could get my hands on. I played the tutorials and learned the various job paths. Luckily for me, the rookie help channel was bulging with questions, but more importantly, it was bulging with answers. The EVE community is notorious for their cutthroat ways, but there seems to be an unwritten rule about treating newbies lightly to help them out. This is because EVE has an extreme learning curve and the players know it, so they combat that by being helpful to newcomers. This rule of thumb is present in most newbie sectors, but things get hairier as you venture out to different systems. The lowest security sector, nul-sec, still intimidates me greatly, because there is no law, no one to save you, and all you have out there is your wits. 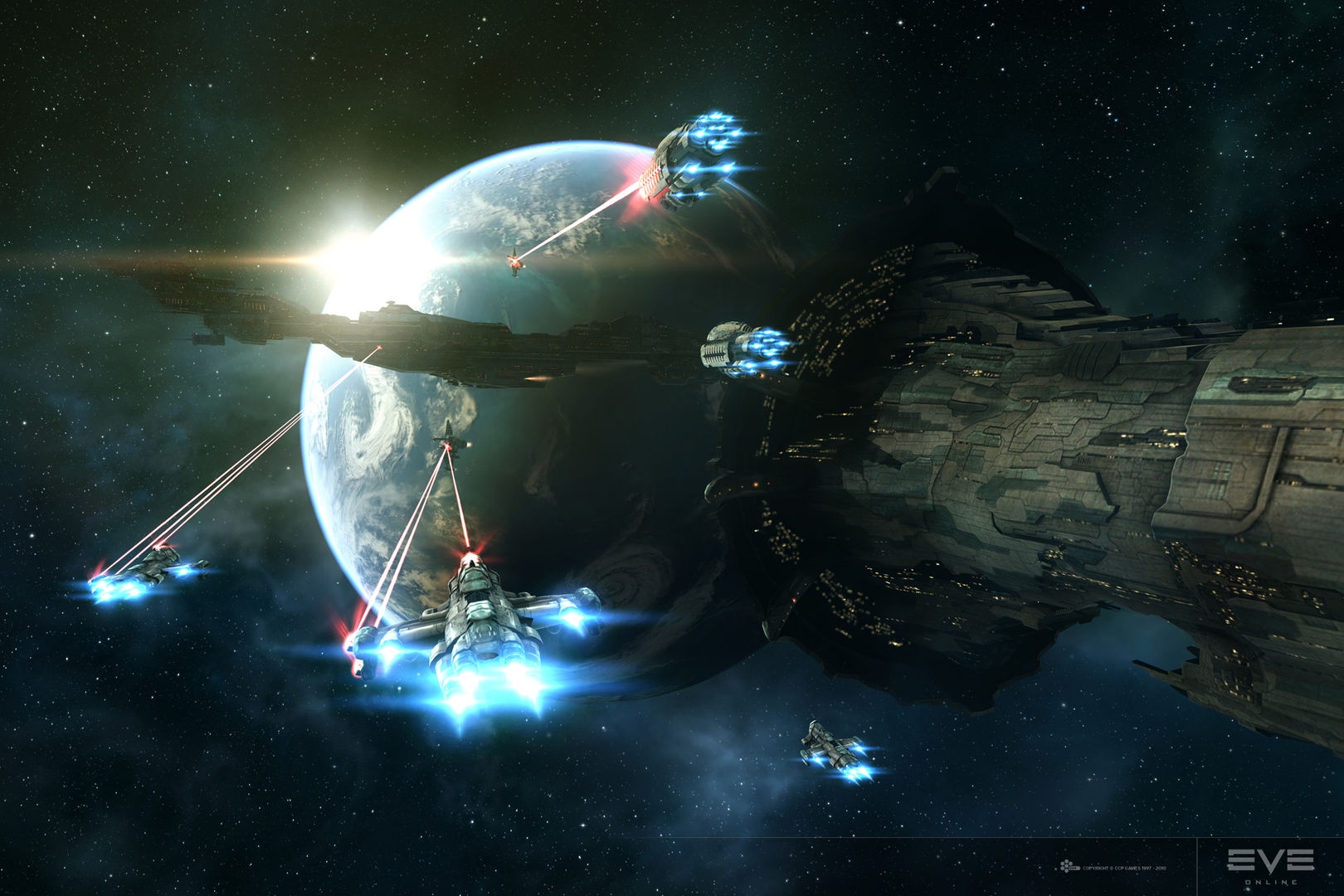 Then something happened. The tutorials were finished and I was left to my own devices. I drifted through nothingness, over encumbered by the possibilities, the vast void and the bustling community. I had no clue what the next step was. I was lost in space, and I was disinterested.

There are roughly 6200 Solar Systems in EVE and all the possibilities and plans I dreamt up blurred and disintegrated as I stared at the star map. So, I did what most new EVE players do. I quit. Not cold turkey, but I found myself having difficulties sitting down and booting it up. Realizing my main issue on the final day of my trial, I gave it one more chance and I sought help in hopes of finding direction. I logged onto the Corporation channel in EVE chat and posted that I was looking to join a Corporation (EVE’s version of a guild). I was blown away, not literally by another ship, but by how immediate help came; I had a response within ten seconds. And, as simple as that, I was in.

I joined a small Corporation with two very helpful Capsuleers that gave me purpose, advice and company. EVE Online, although gigantic and brimming with pilots, can be a very lonely universe. All that space can get to you. Orbiting suns, brilliant auroras, fidgeting boulders and floating in a vacuum can be hypnotic and very desolate. It’s stunning, but it gets to you. It’s amazing how a small dialogue box can make you feel drastically more comfortable as you streak across that cold ink canvas. Conversing with my Corporation showed me EVE’s greatest feature: the community. 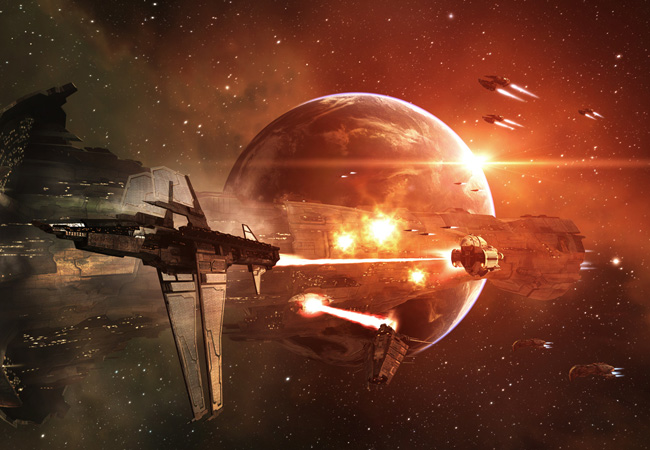 The Universe of EVE is unique. It’s only a canvas, and the players are the painters. They create the game that they play. I find myself riveted and inspired by other player’s stories, experiences and events. The interaction is endless: wars rage between factions, the market is constantly fluctuating and there’s even a player-elected council that meets once a year in Iceland for CCP's annual EVE Fest. The in-game chat windows are constantly bubbling and the official and unofficial forums are exploding with community dialogue. This is why you play EVE. You play for the social connection and the thriving community, not for the grind.

Thanks to my helpful Corporation, I’ll continue to play EVE Online and I’ll try my best to beat the ludicrous learning curve. I had a hard time pinpointing the appeal at first, but now I understand. EVE is about connecting to the universe on a social level. The complexity is the flint that lights the fire of interaction between its players. It keeps them talking and asking questions and it helps them thrive.

EVE is a game that’s not afraid to do things differently. It doesn’t assume that you are stupid, it actually does the opposite—it assumes you want to learn. It’s definitely a game made for serious gamers, but I believe everyone should give it a go just to see its greatest aspect: its thriving, player-driven community. The gorgeous visuals and spaceships are just a bonus.

You can try EVE Online free for one month. Give it a try here, and let me know what you think.