By: | PC Reviews | June 5, 2011
The EVGA Nvidia 560 Ti Superclocked is EVGA’s budget-priced, high-end 500 series video card, released recently after the GTX 570. It promises high-end performance for a relatively low cost, but is that true? The video card comes bundled with 2 6-Pin PCI-E power adapters, a DVI to VGA and Mini HDMI to HDMI adapter, user guide, driver and overclocking software disc, and the graphics card itself. As a bonus, it comes with an EVGA Gaming poster.


The hardware itself is pretty impressive. It has DX11 support, it can support both 3D and PhysX, and it is possible to use in 2-way SLI. It’s quiet when you’re playing games and surfing the internet, and the build is sturdy. The 560 Ti Superclocked requires a minimum of 500 watts of power, and a PCI-E slot in your motherboard.

The software it comes with is robust, and it allows you to easily overclock the graphics card stably. I’m not one for overclocking, as I like my hardware to last as long as possible, but the OC software did make me feel safer while I was cranking up the card’s performance. In case you don't have internet, the latest Nvidia drivers are included on the disc.

While I was testing, the 560 Ti Superclocked remained cool, quiet, and I never noticed it (except when running hardware hog games such as Crysis Warhead). This video card is, however, quite large – at least larger than the last few generations of Nvidia cards – so make sure your case can fit it, especially if you’ve been using a smaller computer case.

These features are great, but what really matters is the end product: how it performs in-game.

Frame rates for all test games (without packed in benchmarks) were captured using Fraps, and all the frame rate results are from 2 minutes of each test game. 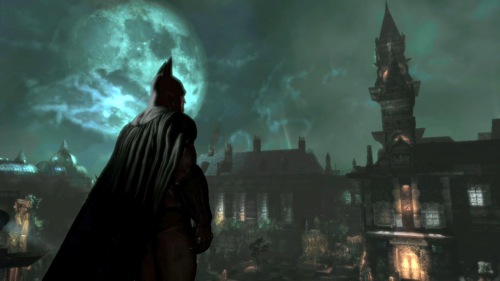 All other settings: Highest

The frame rate here is hampered by the PhysX settings, which adds realistic smoke, cloth physics, and rubble. If you turn the PhysX down to “normal,” the frame rate skyrockets, though the additional graphical finesse is worth the lower rate. 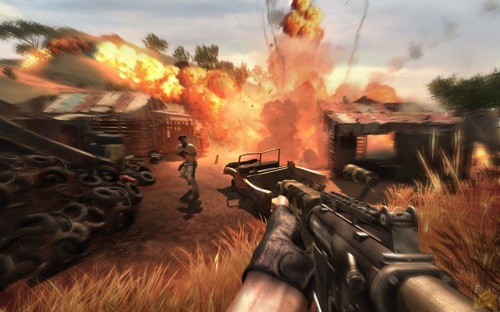 This benchmark lost frames during the most heated combinations of propagating fire, shading, and AI, but it stayed relatively consistent. 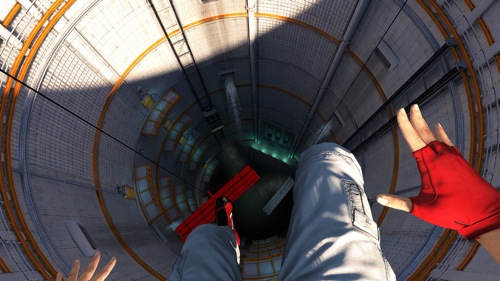 Even with vertical sync off, there is a limit on the frame rate in the Mirror’s Edge config file, limiting it to 62 frames a second. It only dipped one frame once during normal play, and the frames only dropped significantly in the loading corridors, which hurt the frame rate on all graphics cards. 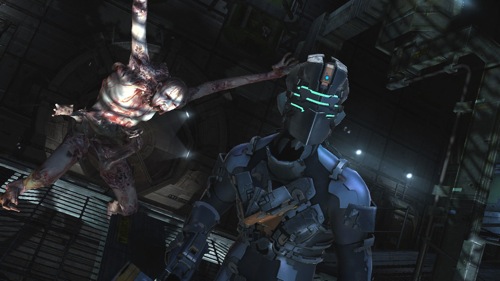 Not much to say about this other than it runs beautifully. 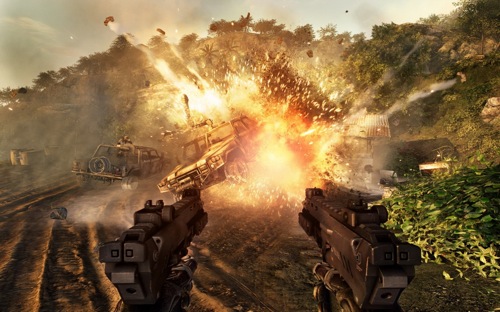 Playing Crysis Warhead on these settings was pretty inconsistent, with silky smooth performance one second and far lower performance the next. When areas were fully loaded, Warhead ran well, but performance took a nose dive every time loading occurred. Considering Warhead is one of the most punishing games on graphics cards ever, these are great frames per second.

At the price of $259.99, the EVGA Nvidia GTX 560 Ti Superclocked is a great deal. It doesn’t have the exorbitant cost of the higher end of the 500 series of EVGA video cards, but it gives you around the same performance, with only a couple of FPS less. $259.99 is still a lot for some, but it’s the best discount you’ll get on this sort computing power right now.