"Some PS4 and PC players will be able to access a smaller Evolve beta a few days later"
By: Euan Dewar | PC News - PS4 News - Xbox One News | December 19, 2014
Miss the chance to play that Evolve alpha a little while back? Well don't fret ya big lump, you've got another chance coming over the horizon! On January 15th the Evolve open beta will begin for all Xbox One owners with a gold account, and it's a much bigger chunk of the game than the Alpha was. This time out you'll be able to play as the first eight hunters and the first two monsters across all 12 maps that support the 'Hunt' game type. Additionally, starting January 17th, you'll be able to play the 'Evacuation' mode, whatever that is. I imagine it involves some sort of evacuation. 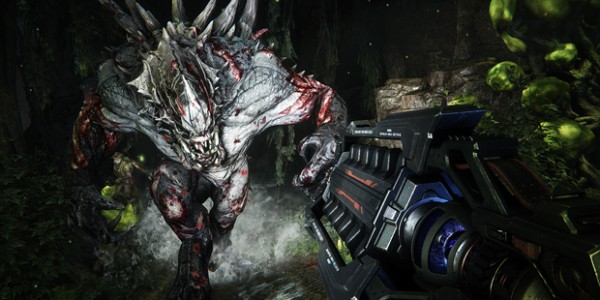 PS4 and PC players will get access to a beta test too, albeit in a slightly more closed form. PC players who played in the Alpha or own Left 4 Dead or Bioshock: Infinite on Steam (which, lets face it, is just about most people) will be able to participate starting January 16th. Similarly Ps4 players who participated in the Alpha and are signed up for PS Plus will have access to a beta starting January 17th. Both of these tests will be much smaller in scale than the Xbox One beta.
You can find out more over 'ere 'arry.