Ubisoft have announced exclusive download content for Assassin’s Creed Brotherhood on the PS3. And not only that, the DLC will also be made available for free.

The DLC follows Renaissance astronomer Nicolaus Copernicus with an extra assignments for Ezio. The Official PSN blog reports that the missions will link in with a conspiracy against Copernicus and his heliocentric philosophy, which was apparently considered revolutionary.

This extra DLC, called Copernicus Conspiracy, will be available for free to download on November 16, the same day as the release of the main game. 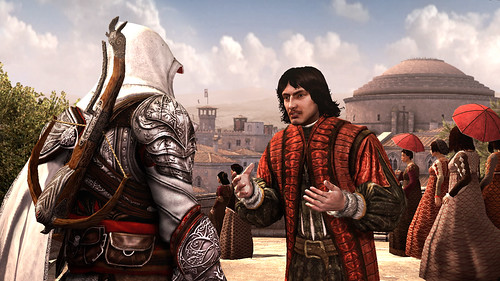