Starcraft II was no doubt a watershed moment for the strategy-genre when it graced PC’s worldwide with its intricate and varied campaign, stellar production values and gritty, tightly-balanced multiplayer action. Those are a few reasons why it has deprived millions of players of sleep and has become its own pop-culture phenomenon in Korea. However, Blizzard made a risky design decision not long before launch to exclude the Protoss and the Zerg from the single-player campaign and instead turn their stories into full-fledged expansion packs. 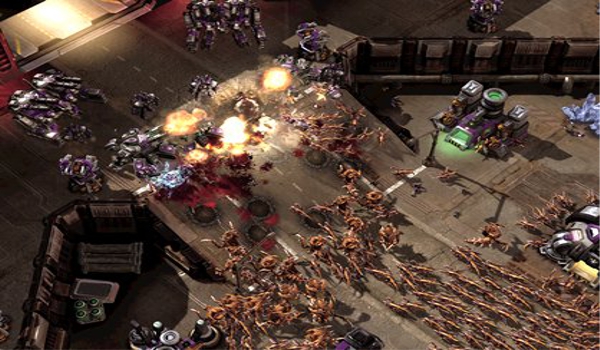 The first race to receive the gleeful cutscene and insane-mission variety treatment is the Zerg in the form of Starcraft II: Heart of the Swarm. But aside from ‘just’ coming laden with their own campaign, Heart of the Swarm makes meaningful improvements to the multiplayer action and gives the two remaining factions new units and balancing tweaks.

The Terran will receive the Warhound and Widow Mine – the former being a gargantuan mech with missile launchers mounted to its shoulders and serve as a devastating option for laying waste to mechanical units that could prove to be a nuisance. The Widow Mine is particularly interesting because it makes the act of amassing large armies to level the enemy base a harrowing proposition since the mine will latch on to a target and explode; dealing massive damage to the unit in question along with anyone or anything else in range.

The Protoss and Zerg will receive their own share of units and improvements as well. Blizzard has confirmed that no units are going to get scrapped, but instead tweaked to ensure a balanced and fair experience all the way through. Players will even be able to partake in Starcraft II’s numerous multiplayer altercations in a closed beta-test during the summer, although true to Blizzard form: no release date for the expansion pack has been announced.