I’m not talking about overpopulated servers in on-line games, I’m talking about a controversial theme even in fictional stories: humans overpopulating the Earth.  Population control is generally left as the goal of utterly immoral villains, and conquering alien races.  Still even when voiced by evil-doers, the concept of population control is rare in games, and virtually non-existent as the goal of a protagonist.

The debate about overpopulation is the value of human life: Quality of life versus quantity of life.  The recently-released game Brink deals with this to some extant.  Brink is set on a floating city called Ark that was designed to house five thousand people.  Yet trouble comes in the form of fifty-thousand refugees who flood the city demanding their share of Ark’s resources.  Players can choose sides in Brink, and either fight as refugee terrorists, or as Ark Security, who are viewed as fascists and elitists.  It’s only been out for a day, but we’ll see which group is favored by players in the months to come. 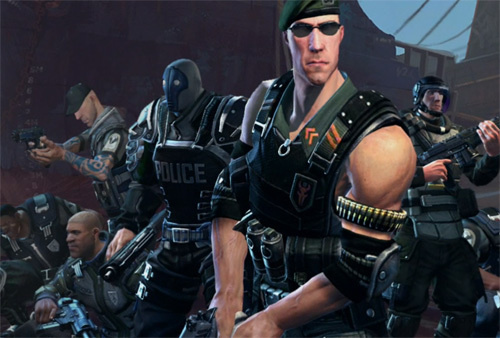 A game with a similar setting and theme is Hydrophobia.  Recently ported to PC, this obscure title also has a utopian floating city that runs into trouble because of a band of terrorists.  However this time the terrorists aren’t demanding that the city’s limited resources be divided among a horde of people.  Hydrophobia’s terrorists are trying to commit mass murder on a global scale in order to deal with the rising tide of excess people.

Naming themselves after the 18th century philosopher Thomas Malthus, Hydrophobia’s “Malthusian” terrorists use the motto “Save the world, kill yourself”, hoping to reduce the world’s total allotment of humans to a about one tenth of the current crop.  This is an extreme interpretation of Malthus’ views (He essentially suggested eating less beef, and raising the minimum age of marriage as solutions to the problem).  Despite the interesting story concept, the game faired poorly on its initial release platform, the XBox 360 due to mediocre gameplay and sub-par voice acting. 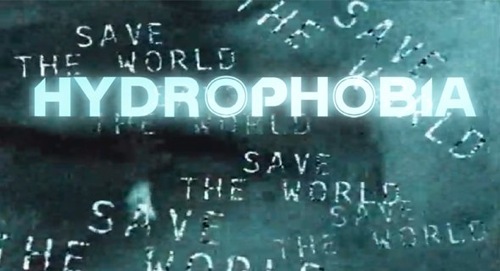 Half life 2 put Valve’s hero Gordon Freeman up against the evil Combine who were out to conquer humanity.  Guns, giant robots and an army of goons were most of the plan, but the Combine also had another weapon in plan way to annihilate humanity:  Forced Sterilization.   Valve needed to demonize their bad guys as far as possible, so they decided that the Combine should have access to a device that prevented humans from reproducing.

If you paid very close attention to the story in Resident Evil Five, you’d have gleaned that the whole point behind this zombie adventure was that Resident Evil Arch-Villain, Albert Wesker wanted to decimate the global population, assuming that the genetically superior humans would survive, while virtually everyone else died off.  Previous games showed Wesker motivated by money, power, and just being a jerk, yet for the big fifth game, he was given the most socially un-acceptable motivation imaginable: Population Control.

Bioware is known for leaving moral decisions to the Player; if you want to be evil in a Bioware game, there are always plenty of innocent shopkeepers to shakedown.  In the Mass Effect series one of the ongoing subplots is the Krogan Genophage, a disease engineered to cull the numbers of an alien race called the Krogan.  The Player has several choices about the genophage over the course of the two Mass Effect games; as Commander Shepard you are given the option of preserving data related to a possible cure, or helping to destroy it.  For once, players could express their own views on population control (Pro or con), and the developers tried to give both choices a sense of being the right thing to do. 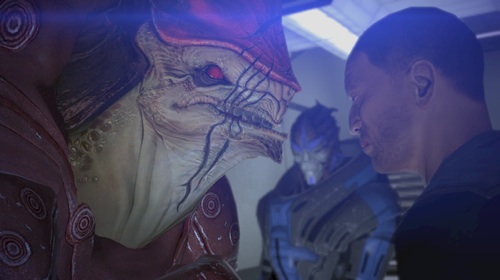 More recently, the indie scene addressed overpopulation in Fate of the World, which also tried to address many other social issues. It’s a sim game that puts players in control of a global government, and engineering a virus to get rid of excess people is one of the options in the game.

Our culture is focused on the notion that all life is precious to such an extent that only the vilest of bad guys are shown promoting the notion that we have “Enough” people.  With the world’s population veering toward seven billion starving, destitute humans, population control is no longer the domain of sci-fi metaphor like Soylent Green, but a pressing social issue that deserves more attention from all media, including gaming.