One of the most compelling concepts of Fable III was the fact that you not only had to breath life into a revolution, but then serve as king (or queen) and try to make sure Albion flourished after completing your main quest. But what would happen if someone else tried to start a revolution to dethrone YOU?

That’s the question that the new “Traitor’s Keep” DLC asks. Another one of your brother Logan’s nasty secrets rears its head when while going through your daily duties an assassin makes an attempt on your life right in the throne room! After dispatching the would be killer, you get word from some of your soldiers that an unknown ship is approaching the harbor. 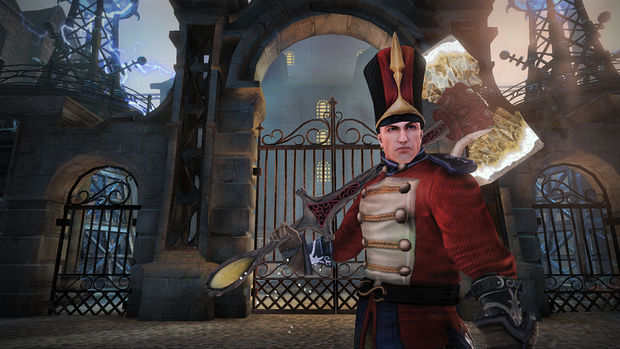 What you initially thought was another threat is revealed to be soldiers that are actually loyal to the crown aboard the ship and you uncover that Logan had a secret prison full of people who would not bend to his will. You decide to board the ship and inspect this keep full of political prisoners yourself and give a verdict on its fate. Unfortunately, upon your arrival to Ravenscar Keep you find there has been a massive prison break and realize that not all of the prisoners were there simply because of their politics.
After quelling the riot, the keep’s commander brings to your attention that the three most nefarious prisoners kept at the keep are no longer in their cells and one of them had nothing on his mind beyond dissolving the crown for good. I hope you were itching for some action because you’ve got yourself a good old-fashioned manhunt on your hands now!

The “Traitor’s Keep” DLC features three brand new locations for you to explore as you begin your search for the prisoners and learn just how deep the roots of your brother’s corruption go. From the keep itself to the brand new Clockwork Island, the home of the man who was in charge of Reaver Industries before Reaver’s infamous takeover, and the Godwin Estate, a private mansion on an island between Aurora and Albion, you’ll have your hands full as you explore these new areas under Albion rule and try to restore order before a new uprising begins to throw you off the throne.

Clockwork Island will also introduce you to the new clockwork enemies, once peaceful creations that were supposed to help bring a new technological age to Albion, but now simply serve the twisted Inventor once again now that he has escaped his cell. Godwin Estate will also see something unusual to diehards of Fable as Balverines, Hollow Men, and Hobbes all work together…and against you. Explore this now dilapidated plantation as you hunt down Witchcraft Mary, the former owner of the estate and practitioner of the dark arts to find out why.

Along with four new quests and three new areas to explore, the “Traitor’s Keep” DLC also features two brand new costumes, the prisoner and Logan’s soldier outfit, as well as 10 new achievements for 250 Gamerscore, nine of which tie directly into the new DLC. 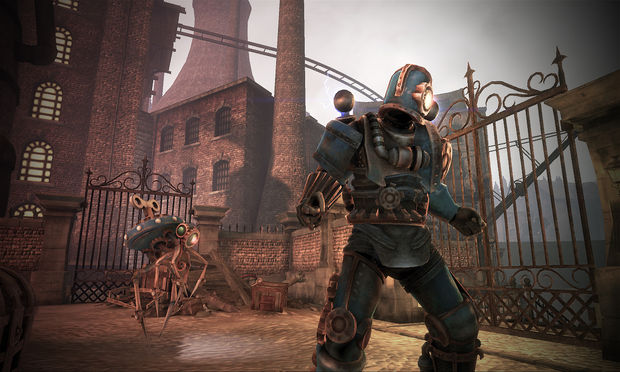 Although this extension of your Fable III adventure is well worth the price of 560 Microsoft points ($7) in terms of length, since it should take you four to five hours to find every item and beat every quest, the question you have to ask yourself is just how much of a fan you are of Fable III.

If you weren’t a huge fan of the main game, then you probably won’t enjoy the DLC since it is a lot more of the same thing. The dialogue has that cheeky British humor still throughout and the combat is exactly the same, so the only new feature is that the world you were originally set in is now much larger than it was before. If you were a fan of Fable III though, then this DLC is more of the same quality RPG action that you got used to with the main game. Clearly, this is whom the DLC is tailored to. It won’t bring in any new fans, but with all these extra quests, costumes, and locales, pre-existing fans should be more than pleased after dropping their Microsoft points on this one.
Rating
8.0