Welcome back to Player Affinity's modern movie spy battle royale. Round 1 concluded with four operatives proving they were the best in their field, and now it's time for the face-offs. The remaining agents will be competing to see who's the best as their respective spy archetype. Then it's on to the third and final round, and in a deadly world of assassins and subterfuge, there's no prize for second place. 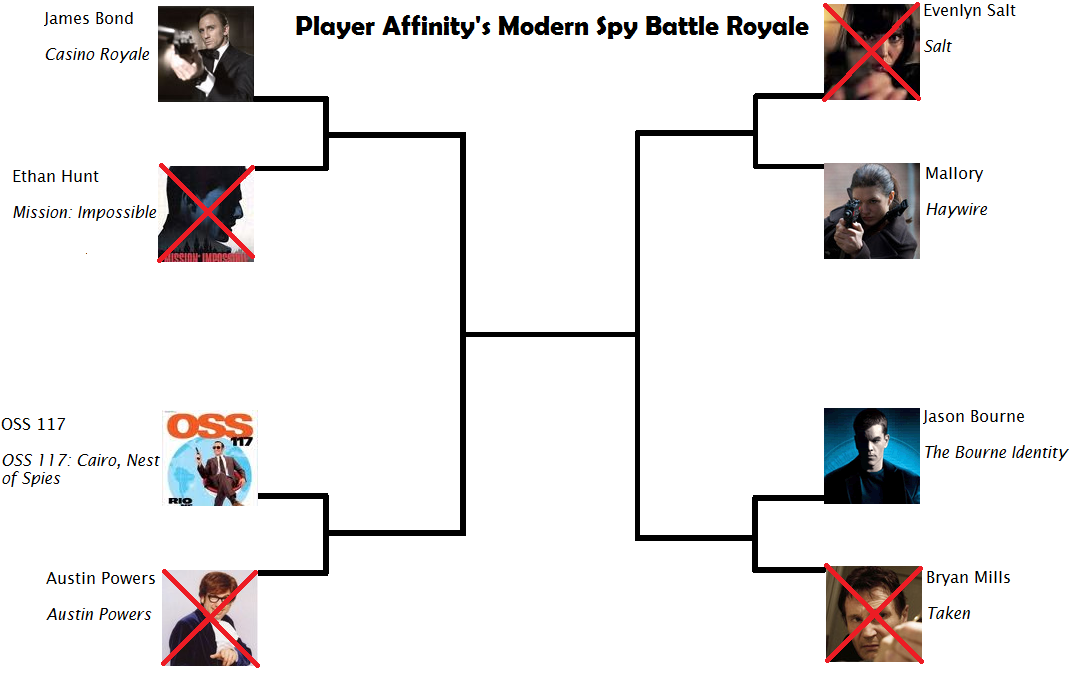 OSS 117 may have proven himself the most seductive spy this side of the sexual revolution, but now he has to go toe-to-toe with an agent who’s no joke. As a parody, OSS 117 owes a lot to classic Bond of the '60s and '70s, but modern-day 007 is an entirely different beast. Daniel Craig’s Bond is a brutally efficient killer with a chip on his shoulder and knack for delivering a one-two punch in place of a one-liner. Today’s Bond is a shaggy dog compared to the dapper OSS 117, but what this contest comes down to is methods. OSS 117, in the tradition of classic spy fiction, relies mostly on charm and incredible luck, while Bond’s callous and bull-headed nature ultimately makes him the winner. He’s still a smooth customer, but now has flaws that make him more than just the stock caricature that OSS 117 exists to lampoon. Sorry 117, but today’s audiences like brooding hunks, not charming buffoons.

Assasins With a Heart of Gold: Bourne vs. Mallory

Mallory and Jason Bourne represent an increasingly common class of spy that’s put at odds with their benefactors through moral or economic circumstances. Audience paranoia fuelled the rise of the trained badass with a conscience, or at least ones that recognized when the agencies they work for have gone mad with power. Bourne and Mallory cover many modern action movie sensibilities as well, with both relying on planning, precision and realistic but absolutely crushing physicality. And while they’re both exceptional operatives by their own right, this contest just comes down to seniority: Bourne reinvigorated the spy-thriller by taking it in a more grounded direction. With three excellent films under his belt, two government super-soldier programs dismantled and half a dozen fellow operatives put into permanent retirement, Bourne’s legacy makes Mallory’s warpath seem like small potatoes. 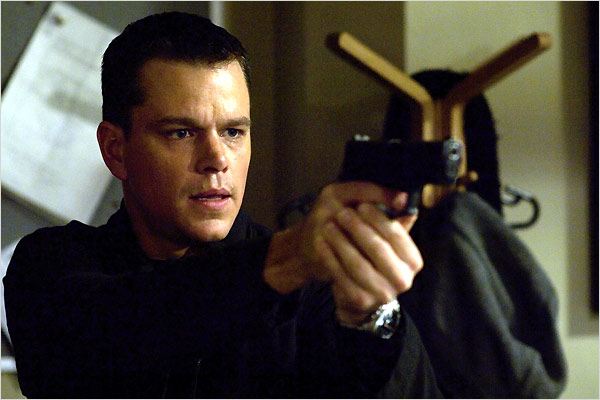 Where once stood eight contenders, only two remain. One is the latest incarnation of an institution that has covered 22 films and four decades. The other is the cold and calculated answer to the fluff and camp that’s haunted the spy genre since its inception. Bond and Bourne are two sides of the same coin, but which is the better spy for our day and age? Craig’s Bond certainly stands taller than any of his predecessors, a cool cynic compared to the cheeseballs that came before him. Today’s Bond is still the complete package: he can shoot, fight, chase and smooth-talk his way out of a scrape the way he always could. Now, he's a more relatable character thanks to a flawed personality and an absence of absurd villains and gadgets.

And that’s all because of Jason Bourne. When The Bourne Identity hit in 2002, it captured the pulse of its audience the way no spycraft had before. Gone were the preening megalomaniacs, the snappy one-liners and the bulk-bought henchman, and in their place came a realistic, human protagonist, who inhabits a world strikingly like our own. Bond No. 6 is a great mix of old and new sensibilities, but Bourne is the progenitor for many of contemporary spy fiction’s best qualities: a realistic setting, a conflicted hero and an emphasis on tension over spectacle. Move over James Bond, you’ll forever be known as 007, but when it comes to being the spy of the 21st Century, Jason Bourne is No. 1.