Some of the best games of the last console generation are getting HD remakes, like the original Halo and Resident Evil 4.  Of course I would also be perfectly happy to throw the non-HD version of Resident Evil 4 in my Gamecube and take it for a spin without any need for updates.  These games will probably be even better with the HD updates, but they were great the way they were too.  Sadly, there are some games released around the same time that failed miserably because they arrived a generation too early.  Instead of focusing on revamping just the old hits, the game industry should consider some of the well-intended flops from the last generation.  One such game that springs to mind is Resident Evil Outbreak. 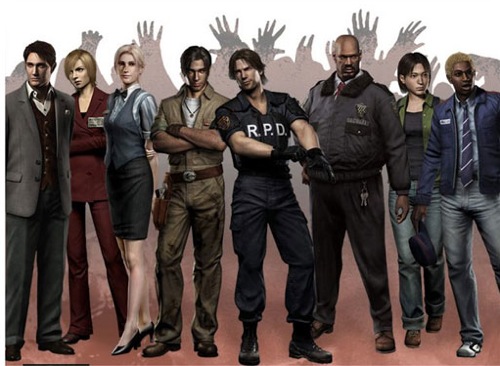 Resident Evil 4 is probably the best game in that franchise, but Resident Evil Outbreak could have been almost as good if it hadn’t been for hardware limitations on the Playstation 2, and a couple of design mistakes.  Outbreak was the first attempt at an online co-op version of Resident Evil.  Four players found themselves as ordinary citizens in the midst of the Raccoon City outbreak and had to work together to escape the relentless zombie horde.  It used the classic RE controls, and inventory system, but added in a few additions, like giving each character unique abilities, and letting players combine items to create more powerful weapons.  It added as much as possible to the existing Resident Evil gameplay mechanics while still retaining the feel of the previous games.  A couple of years after it came out, a stand-alone expansion pack called Resident Evil Outbreak File 2 was released that added new levels, more features and improvements.

The graphics were top of the line for its time back in 2005, and it was intended to push the Playstation 2 to its limits.  Because it had such detailed graphics, it was designed to work with the PS2 Hard Drive so that players could load the textures to the hard drive for quicker loading.  The PS2 Hard Drive was a failed peripheral supported by few games, and purchased by even fewer consumers.  Without the Hard Drive, it took about 20 seconds to load any time you walked from one room to another.  This got be an even greater problem when you were playing with a group of people and tried to find the other players.  If you wanted to take a peek inside a room, you’d spend 20 seconds loading it, two seconds looking around, and another 20 seconds walking back out the same door.  Meanwhile the rest of your team was running around trying to find you. 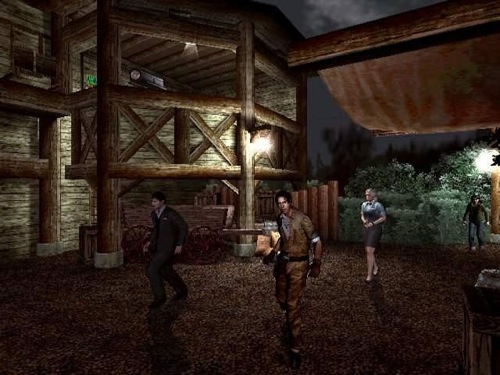 Aside from the fact that you’d spend half your game looking at load screens, it had another major flaw.  It was a multiplayer game where players couldn’t talk to each other!  It was also on a console, so there was no typing either.  If you wanted to communicate with your teammates, you had to use a set of pre-programmed audio clips that boiled down to “Help” or “Over here”.  Imagine getting into an elevator that stops on multiple floors and finding that your team has become hopeless separated as there was no way to co-ordinate which floor you intended to go to, and that it would take you forty seconds of load time in order to check each floor.

The entire game can also be played single-player, that is if you don’t mind playing with suicidal Artificial Intelligence.  The AI for the computer-controlled survivors was outright moronic.  You couldn’t trust your AI buddies to hold on to important items, like weapons, ammo, health herbs, and keys.  Rather they’d set down the one crucial item you needed to escape the zombies, and pick up several pieces of junk.   With each character only having four inventory slots, you had to rely on these idiots to serve as pack mules, and the AI programming wasn’t up to even that challenge. 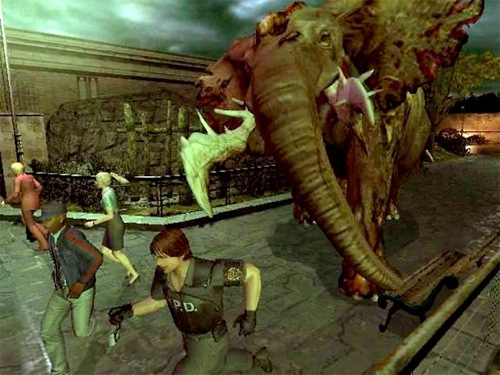 Even though these were catastrophic flaws that kept this game mired in frustrating mediocrity on the Playstation 2, they would be easy to solve on a modern console.  Load times are a breeze now, and any console could handle the technical needs of this game.  Adding in simple support for headsets would fix the communication problems, and there have been great leaps in AI in the past six years.  Resident Evil Outbreak is the distant ancestor of the upcoming Operation Raccoon City, and it’s a pity more players can’t enjoy it, especially since the servers have been shut down for years.  It deserves a second chance on modern consoles.