"Yetis Are Coming To Far Cry 4.....If You Buy The Season Pass"
By: Zack Zwiezen | PC News - PS3 News - PS4 News - Xbox 360 News - Xbox One News | October 20, 2014
Ubisoft has announced that Far Cry 4 will have a season pass. The season pass will include new missions, multiplayer maps and game modes. Ubisoft says the season pass will add "...hours of additional content for $29.99. "Those who purchase the season pass will also have access to an exclusive mission available at launch. Played in either co-op or single player, this mission will task players with "...preventing Pagan Min from retrieving a rare recipe and using it against the rebellion." Players who pre-order the Far Cry 4 Gold Edition for 89.99 will receive the season pass as well.
For a quick summary of the other missions, check out the list below. 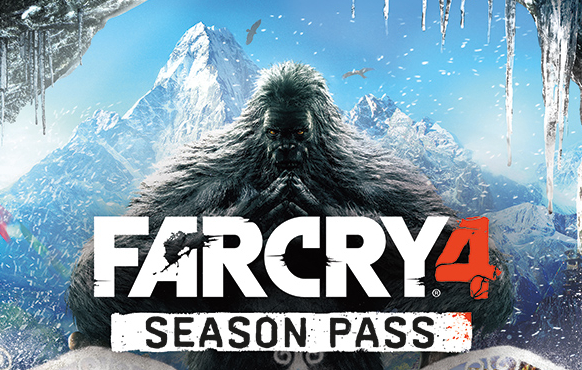 Escape from Durgesh Prison – Team up with a friend to escape Yuma’s prison after being locked up and tortured. Fun stuff. Hurk Deluxe Pack – More harpooning. More explosions. More Hurk. More awesome. Get access to five missions starring Hurk, including Yak Farm, Blood Ruby and Hurk’s Redemption. We just love this crazy country boy so much. Overrun – Play as either the Rakshasa or the Golden Path in this new PvP multiplayer mode. Capture territory around Kyrat and stop that territory from being taken by your enemies. Valley of the Yetis – A crash landing on a Himalayan ridge finds Ajay fighting for his life in a strange new frozen landscape. Scavenge for tools and upgrade your campsite, while fending off deadly nighttime attacks from a mysterious cult. Explore caves in the area, but watch out for what lurks within. Valley of the Yetis has both single-player and co-op options, so it might be wise to bring a friend along to watch your back.