"The British actress is in early talks to join the latest Dan Brown novel adaptation "
By: Cristian Barros | Movie News | December 2, 2014
British actress Felicity Jones is riding high on the critical acclaim of her latest movie The Theory of Everything, where she plays Jane Hawking, the devoted wife of famous scientist Stephen Hawking (played in an awards-caliber performance by Eddie Redmayne). Industry insiders are predicting Jones to be one of the front-runners for a best actress nomination at the upcoming Oscars ceremony. Now, in the wake of her current attention, she may take on her most high-profile role yet. According to Deadline, Jones is in early talks to star opposite Tom Hanks in Ron Howard’s Inferno. The movie will be the third installment based on the Dan Brown series of novels, best known for the blockbuster The Da Vinci Code book and film. 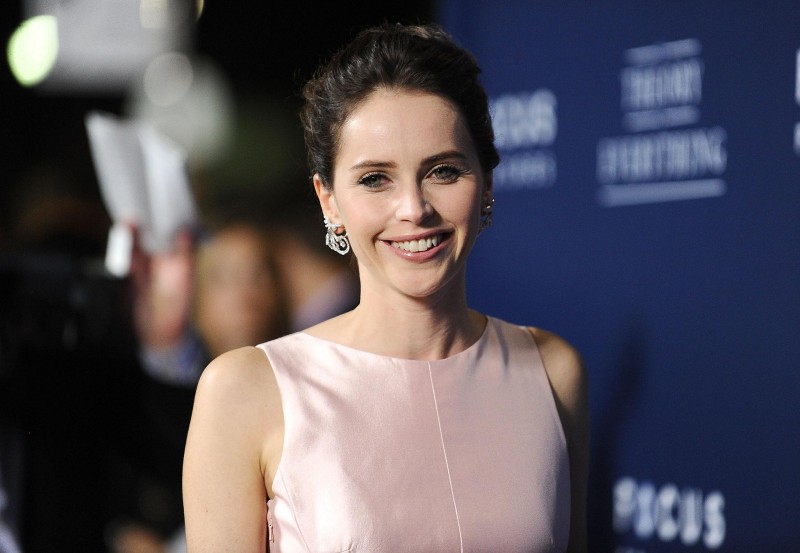 In Inferno, Harvard symbologist Robert Langdon (Hanks) awakens in an Italian hospital with amnesia. He teams up with Sienna Brooks, the role Jones is being considered for, a doctor he hopes will help him recover his memories and prevent a madman from releasing a global plague connected to Dante’s Inferno.

This talented up-and-coming actress has an impressive early resume of roles that convey woman who exude maturity and honesty. I look forward to her upcoming projects and her emerging talent.