"We take a look into popular soccer sim FIFA '15 to see if it has improved on last years efforts"
By: Paul Lawford | PC Reviews - PS3 Reviews - PS4 Reviews - Xbox 360 Reviews - Xbox One Reviews | October 5, 2014
FIFA is a big game for me every year. It is a franchise that I totally buy into being a big soccer (football for us Brits) fan and look forward to getting it in the fall every year. This year brings a host of new changes which should hopefully improve the series. Read on to find out if they do... 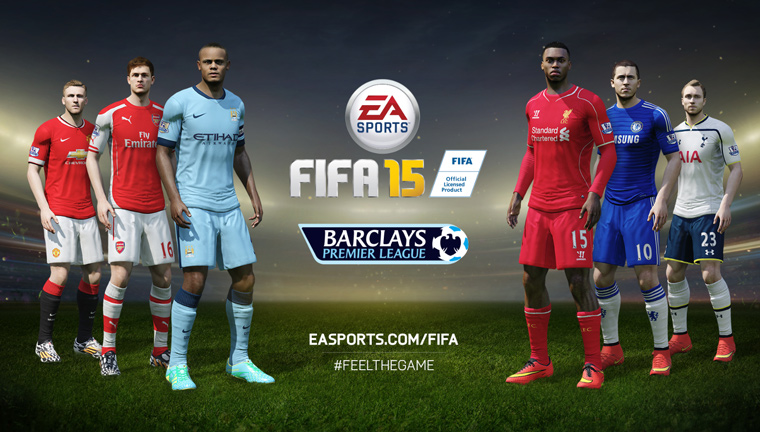 Visually, the game looks almost identical to last years game, although it does offer a few smoother animations and a number of  better looking player models. Perhaps the only obvious change to FIFA '15 is that matches seem to have a quicker pace about them as the players flow and move around the field a lot more freely. The ball also noticeably travels faster between players and the gameplay just feels a lot more free flowing, allowing less build up play and more attacking at pace down the flanks. This is something I quite like, but, this is just a personal preference and I'm sure others may enjoy building up the play a lot more but either way the pace change is certainly a positive one.
Structurally the game is identical to its predecessor. The single-player campaign reflects the previous with Career mode, Be a Pro, and Be a Manager mode where you can take either a player or a manager through several seasons, hoping to take your team to league and tournament success, or build a national and international career. Career mode remains a very satisfying way to enjoy FIFA. Rooting not just for your team but for your specific player really puts you in the action and makes you feel part of the whole experience and you often tend to base the whole of your team around your player making it even more personal. The real bread and butter with FIFA of course is Ultimate team. 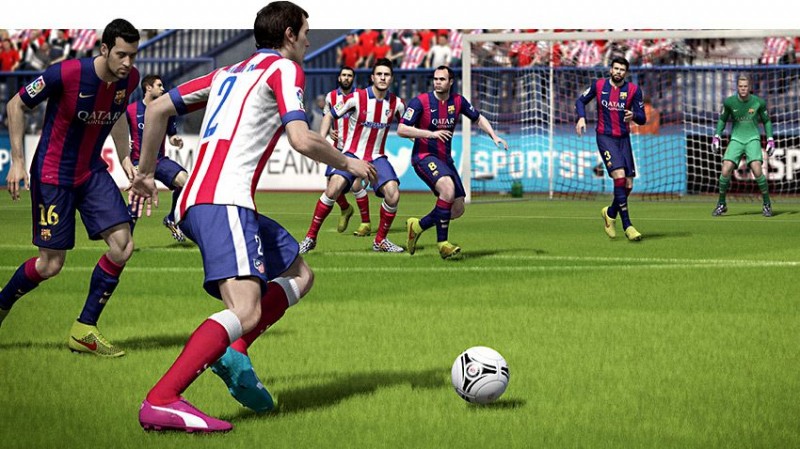 Ultimate is available in online and offline modes and allows you to create your own team with full control of management and transfers mixed in with a collectible card game where you can buy and sell players to put into your team or through micro transactions, buy some packs which hold rare and highly rated players. This year EA has also made it more accessible and the point isn't just collecting and adding desired players to your team, but also in constructing links and rapport between players of all positions so that as they play together for longer they will develop a better working relationship leading to a harmonious team of start players, with star attitudes. Also added to ultimate team this year is the ability to loan players that you can but from the in house FIFA store, making it even more accessible to those with a small amount of coins to get some decent players for a determined period and is another step in the right direction for me. Ultimate team is the reason this game will get buys and EA have done a great job in strengthening the brand with a solid platform with a few welcome tweaks.
The effects in the game now actually cause changes to the scenery which now gives that further sense of realism. The rain pouring down during your game now seems to water-log the pitch as players emanate spray from their boots and they sprint up the pitch also covering them in mud as they make tackles and fall about. The fans also look better where as last year there was a small mix of the same characters repeating in the crowd, the game now seems to have a bit of a wider diversity in the crowd, again, adding to the realism. 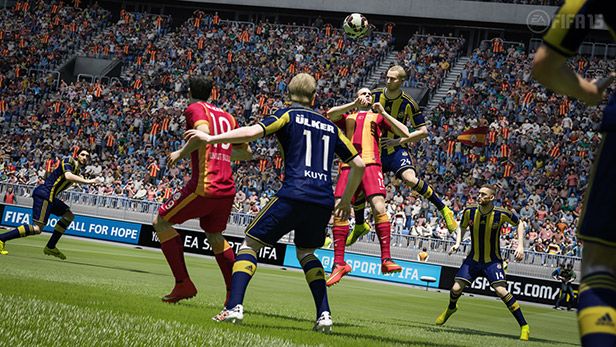 The game isn't all rosy peached however. There a still a plethora of small niggles that will gripe the average gamer. I found the shooting a little bit tougher than the previous games and finding the target requires a bit more accuracy and goalkeepers seemed to have had their game upped a ton. They feel extremely hard to beat and seem to have got a new sense of pace, often rushing out of the box to take you down at the first hint you're through on goal.  They can be beaten however, but you're going to have to hone in on those shooting skills.
Overall the majority of the small changes have been improvements. The game flows exceptionally well and the amount of people online means there will always be opponents to take on whether it be ultimate team or normal match play. Despite the small issues here and there the game is going to sell by the bucket loads and I'm going to clock up a huge number of hours on it. The whole experience is very enjoyable and displays another successful year for the brand.
Rating
8.7
Pros