"I Am Jack's Nostalgia"
By: Jim Bush | Comic Reviews | June 1, 2015
When Buffy the Vampire Slayer comics began and continued from where the last season of the TV show ended (and were originally written by Joss Whedon), a new sub-genre of comics were born: continuations of stories from other media. So now we have Fight Club 2 #1, a sequel to Fight Club, the novel written by Chuck Palahniuk and turned into a popular David Fincher movie starring Brad Pitt and Ed Norton. There was a great deal of early positive buzz for Fight Club 2 #1, but I found the issue underwhelming, treading familiar ground and feeling overall somewhat dated in its themes. 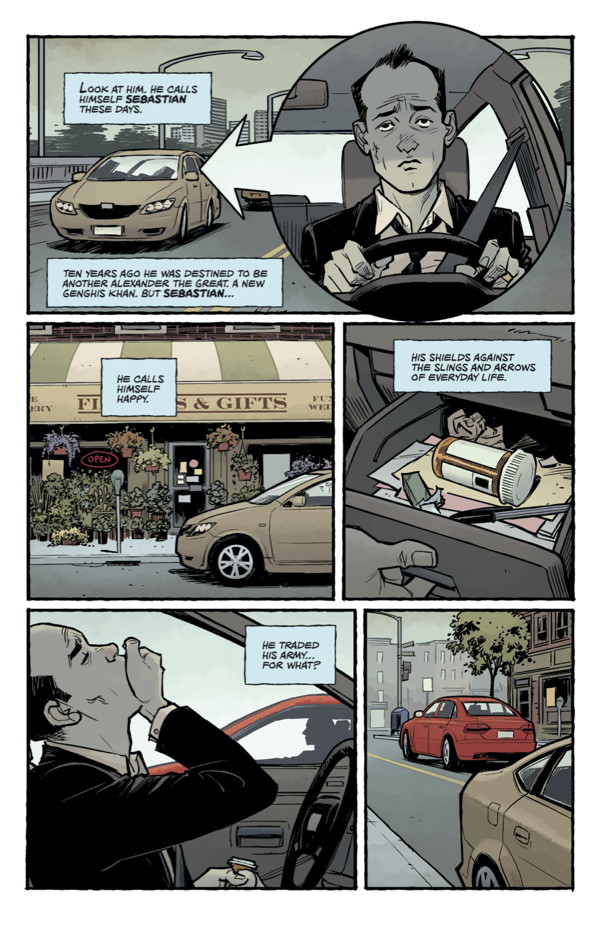 The comic book is a sequel to the novel rather than the movie, as the two versions had a different ending. Fight Club 2 #1 picks up nine years after the novel, with the nameless protagonist now going by “Sebastian.” He has inexplicably gotten married to Marla Singer and they have a son and a boring suburban existence. Sebastian takes innumerable medications to quell his psychotic breaks and the urges of Tyler Durden while Marla yearns for the days of mayhem and danger.   There are a number of things that feel off about the set-up of this issue. Firstly, I cannot picture Marla getting married to Sebastian, let alone staying married to him for nine boring years. I also cannot see her keeping a pregnancy that she didn’t want. So there are already problems of character. Perhaps an even bigger flaw, though, is that the issue feels so familiar. Rather than the consumer/commoditized malaise of the original Fight Club, Sebastian now has a similar dissatisfaction in Fight Club 2 #1, only it’s directed at mood-altering drugs and a midlife dad crisis. Not only does Fight Club 2 seem to be similar to the originals, it’s similar to other things, as suburban boredom and angst feels very clichéd at this point. 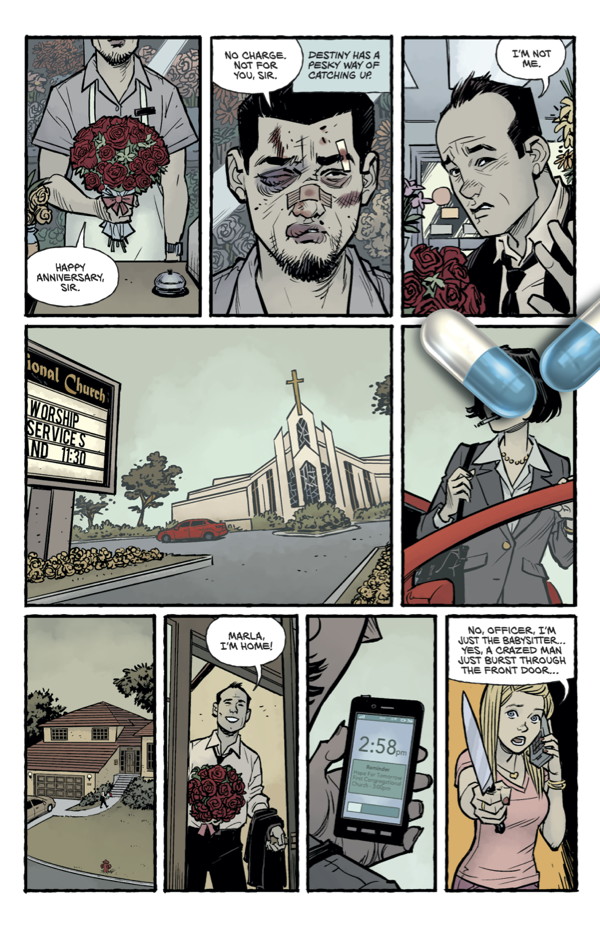 There is also a problem with Fight Club 2 #1 feeling a little dated. The original book/movie were very much products of a post-grunge, “alternative” culture, late-90’s and pre-9/11 time. The rebellion to commercial society was in step with the youth, similar to the famous “Choose Life” diatribe from Trainspotting’s Renton. However, in 2015 it’s a little harder to get behind a bunch of dudes who spend their nights punching each other and trying to blow up buildings. That’s not to say that there isn’t dissension within our culture. The Anonymous collective is a great example of that, but Palahniuk (who is also writing the series) seems more interested in action than real politics, at least so far.   It also feels a little hypocritical for there to be a sequel now, well after the fact, of a book/movie that was so anti-consumerist. It’s a little like a radical rock band getting back together after twenty years and going on the reunion circuit. Still, there are areas in which Palahniuk may be able to make Fight Club 2 feel more relevant and necessary further into its story. There is a somewhat interesting twist at the end of the issue involving Tyler Durden that tells us that he has not been submerged all these years. I didn’t feel that the twist particularly improved the story, but it was at least surprising. 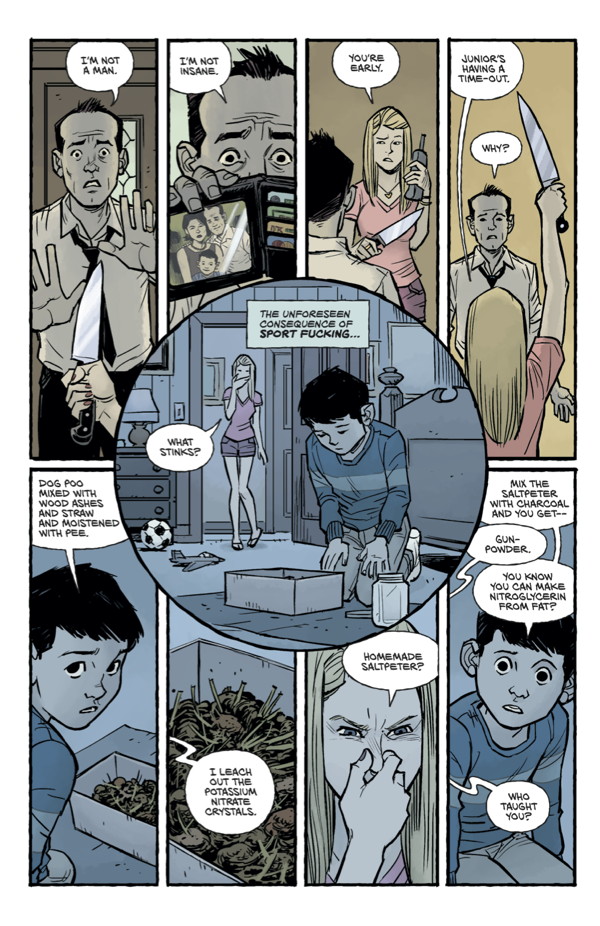 A strong portion of the issue, though, is its comic book elements. Cameron Stewart (Catwoman, Batman and Robin) has a style suited to telling this story. His art has a breezy and attractive quality that plays against some of the darker themes. His art is quite good, though David Mack’s beautiful cover makes me wonder what an unconventional or “artsy” illustrator would do with the material of Fight Club 2 #1. There are some sections of the story when the art and lettering (by Nate Piekos) break the third wall. At times, those are effective at mimicking Sebastian’s listless funk, but other times it feels more like window-dressing that doesn’t have a real purpose.   There will likely be some diehard Fight Club fans that actually want to relive the experience and don’t mind that Fight Club 2 #1 treads so much of the same ground. For those who enjoyed the book/movie but moved on or for the younger generation that is not familiar with it at all, I think Fight Club 2 #1 might feel unexciting. Palahniuk needs to inject a little more mayhem into his writing and not just the story.
Rating
4.8
Pros