By: | PS3 News | September 15, 2011
At the Square-Enix press conference, Square announced that it plans on following in the footsteps of many others in the industry and release a new HD rerelease from the Final Fantasy series. While I'm sure you're hoping for a rerelease of Final Fantasy VII, you will be disappointed. However, The game is actually Final Fantasy X. Which, unlike many Final Fantasy fans, I understand. 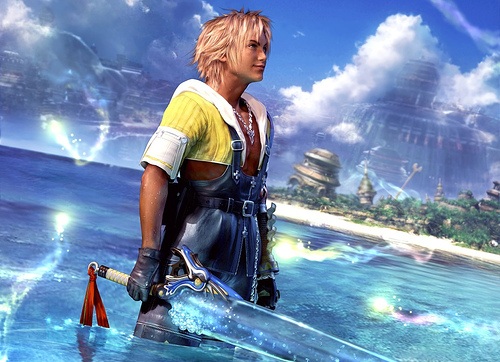 As for what the game will have packed in as extras, no one knows. It will be on both the PS3 and the Vita, bit that's about it. Though judging how much other developers are pushing it, the remake will probably be converted to 3D for the 3DTV owners. Though with TGS happening right now, expect more information to surface as the show goes on.