"Swims Right to Your Heart"
By: Steven Armstrong | Movie Reviews | June 20, 2016
After 13 years, Finding Nemo, one of several Pixar gems, finally gets its follow up movie, which in the same vein as the Toy Story films in particular, feels like a logical next step in the story of these characters. Pixar's recent setback, if you could call it that speaking particularly of The Good Dinosaur, notwithstanding Finding Dory puts the studio back at the top of the heap with a compelling reason for Dory and her friends to come back to the silver screen. That is always the big question with follow up films to strong classics: What is the reason for us to continue a new story with these characters and this world? Pixar did not disappoint. They answered strongly. Recognizing the huge potential in a fan favorite character like Dory, Pixar clearly seemed to be waiting for a good story to flesh her out. Not that Finding Nemo did not do that well enough when she was a supporting character, but here we learn that there is so much more to her than the fact that she forgets things. [caption id="attachment_84666" align="aligncenter" width="800"] 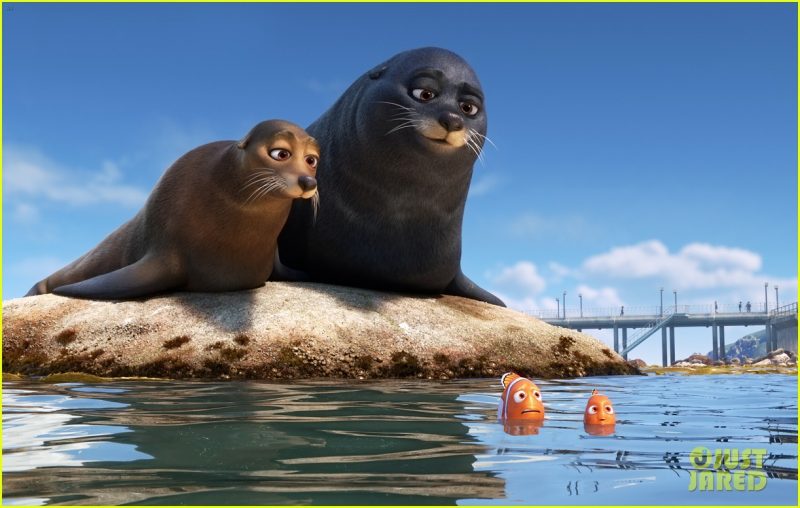 © Pixar/Disney[/caption] The film begins with a prologue of a young Dory (a lovable Sloane Murray) with her parents (voiced by veteran actors Eugene Levy and Diane Keaton). Where we see her classically forgetting things and experiencing the wonder in all things around her. It is an insanely cute opening; it is also a bit sad as well as funny. We are led through a montage of moments from Dory's life that spans a number of years from when she is separated from her parents to when she meets Marlin in the last film as he is searching for Nemo. The story proper begins one year following the events of the first film where suddenly strong feelings and bits of memories begin to take shape for Dory, which ultimately are the catalyst for her quest to find her lost parents. Ellen DeGeneres leads a strong cast of stellar actors, what else can you say? She stepped very comfortably back into the role she created 13 years ago without missing a beat. She makes you feel every bit of excitement and all the tinges of sadness that Dory experiences on her adventure. She carries this movie with ease. Albert Brooks is solid in his supporting turn this time out, but if there's one person who deserves to be singled out, it's Ed O'Neill who played the octopus Hank. His character had great chemistry with Dory, with acerbic wit and a tenderness to boot. It is great fun to watch the two of them play off one another. [caption id="attachment_84668" align="aligncenter" width="800"] 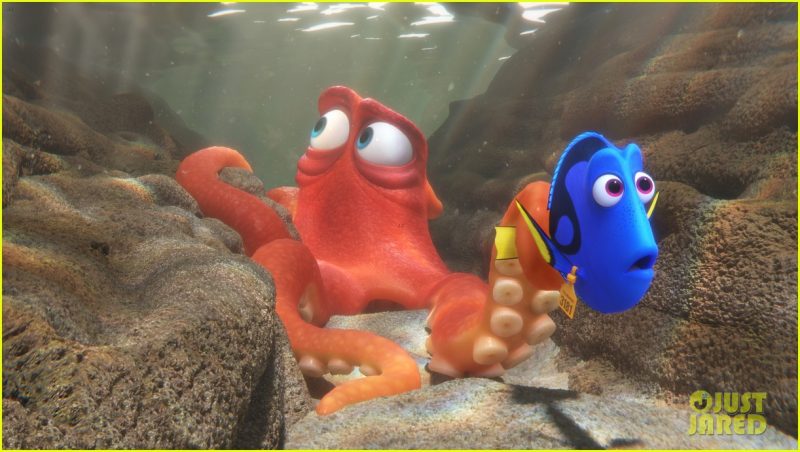 © Pixar/Disney 2016[/caption] Visually, there is nothing new to say that has not already been said about probably any Pixar film to date. It looks amazing from top to bottom with its vibrant and rich colors that pop. Additionally, the film is just as lovely out of water as it is in. One day Pixar should dabble into next generation gaming. A video game produced by them would beyond beautiful. Alas, that may never happen. Finding Dory, scores points in pretty much every area from having a compelling and emotionally charged story, to engaging and memorable characters, to touching on and in some cases expanding on larger issues that go beyond the boundaries of standard kid movie fare like Alzheimer's disease and loss in general. This is yet another Pixar treasure worthy to be placed among its many other amazing works. The only thing that might count against it is in the ways that certain story-lines wrap up. They are almost too perfect, but you will forgive this movie any 'happy- ending' syndrome ideas you might have when you see how it is handled. It is absolutely heart-warming and tear-jerking. The other thing can be a little annoying in follow up movies like this is the fact that there is almost always a literal call back to the events of the previous adventure. We all know what happened and so do the characters. They do not need to make those verbal references too often. There are ways to do it that are subtle and great, which this film definitely does and then there are ways that are not so subtle and come off as a bit eye-roll inducing, which this film does couple times. It is a nitpicky critique, but a follow up should tell its own story and not lean too heavily on what came before it. Not that this does, it's just that characters making unnecessary references seem out of place. 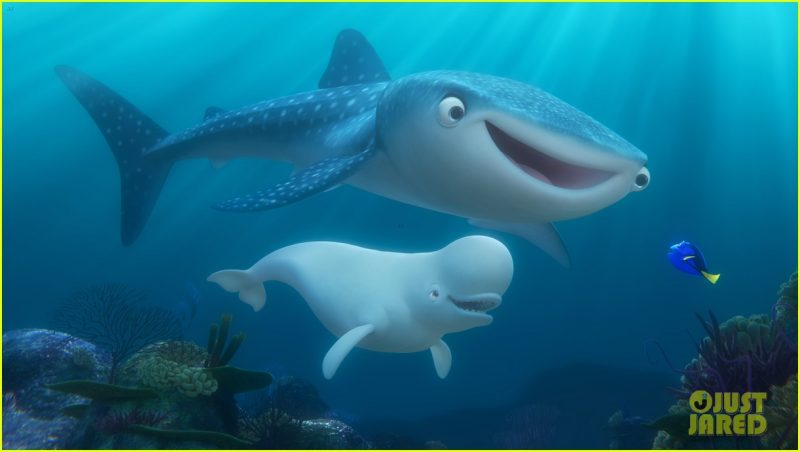 There are also maybe one too many flashback memory sequences for Dory. Particularly since there is no real consistent explanation as to why Dory, who has been established as one who suffers from short term-memory loss, suddenly begins to not only remember the fact that she lost her parents, but also that she remembers seemingly obscure facts like the fact that an octopus has three hearts or that a beluga whale's echo-location is sometimes referred to as "The World's Most Powerful Pair of Glasses". Probably best not to think too much about certain bits of logic lest it ruin the enjoyment of the film. Just an observation about the flashback device in film and how well it serves its purpose or not. This film is billed as a sequel, but does not really feel like it, which is refreshing. The recommendation to see Finding Dory is very strong here. Take the family if you must. You will all enjoy it. You'll laugh, you'll cry and most of all you'll feel, which is what Pixar does best, tagging at the audience's heartstrings. At time where there's been so much violence and death recently to the point where you might feel numb, this movie is a good antidote to the numbness. Catch it and then, "Just keep swimming."
Rating
9.0
Pros