Campo Santo have announced the release date for Firewatch. And if you are excited to play this first person mystery adventure game I have good news. Or I guess Campo Santo has good news for you. What I'm trying to say is Firewatch is coming out on February 9, 2o16 for PS4 and PC.
Campo Santo is trying to release simultaneously on both PC and PS4. 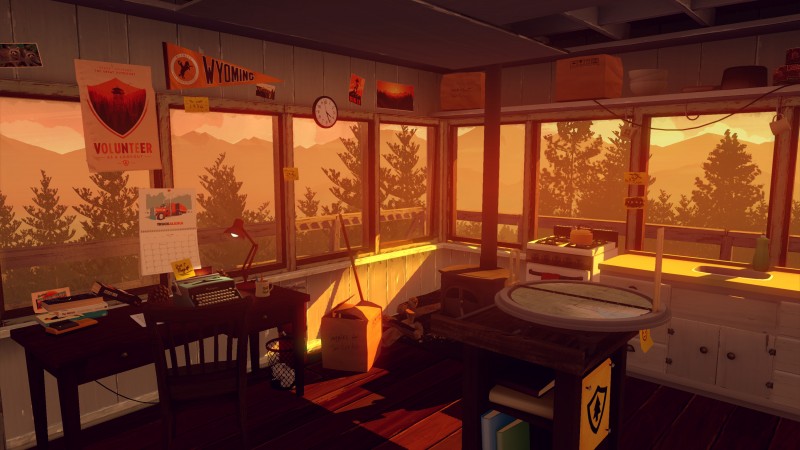 The game is set in 1989 and you are one of many rangers who watch for fires in forests. One day you...get lost? Or something. Actually, I'm not entirely sure what the plot is. Campo Santo have been keeping most of the game underwraps.
Firewatch comes out on PS4 and PC on February 16, 2016.