First Details of The Last of Us’ Multiplayer Emerge

Details of the multiplayer component in Naughty Dog’s upcoming title The Last of Us have been scarce. With the release of the game next week, we finally have first details on what it includes after the focus so far being solely on the single player experience. But just like Uncharted there is also multiplayer and now we know what exactly it is made of.


The multiplayer is called Factions and is split into two different modes; Supply Raid and Survivors. Supply Raid sees players from each side searching for supplies with a 20 life limit with anything you find carrying over if you die. Survivors is more unforgiving where if you die you don't respawn until the end of the round, with 7 rounds to a game. Both match types are 4 vs 4. 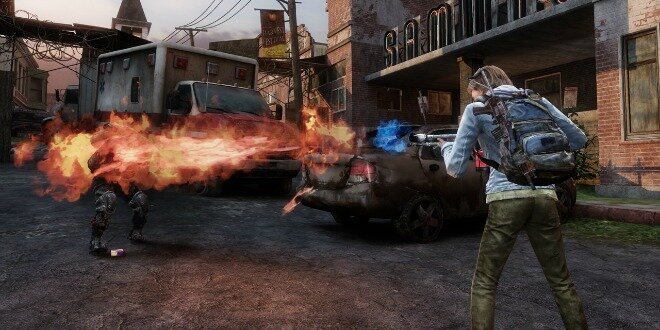 You can customize your character in various ways including masks, hats and gestures which you unlock as you progress through the game. Also, you can design an emblem like most multiplayer games seem to have these days. More importantly there will be loadouts with 4 to choose from and the option to make your own custom one. The default loadouts are Assault, Sniper, Support and Stealth. Each contains one small and one large weapon but also there are additional bolt-on skills such as Covert Training which let’s you crouch walk without being seen on an opponent’s tracking.


Listen Mode from single player is here, but it is limited to only a short period of time before it recharges. There are many skills available including being able to craft items quicker, improving sniping skills and being able to know when you have been ‘marked.’ The main objective is to play matches over a series of weeks with each match representing a day and get enough supplies to grow the amount of survivors you have.

It sounds rather confusing right now but I’m sure it will make more sense once you actually get to play it for yourself. It looks and plays exactly like the main game so that isn't a problem and really is only an add on to the campaign. If it is great, its a bonus. If it is terrible, however, it doesn't really matter anyway. Either way there is even more reason to get excited for the game when it launches on June 14th, exclusively on the Playstation 3.