The first teaser trailer for NBC’s upcoming series Hannibal has been released. The program is set to premiere Thursday April 4 in the 10 p.m. time slot. Based on the novels by Thomas Harris, the series will follow Criminal Profiler Will Graham (Hugh Dancy) and his relationship with forensic psychiatrist Dr. Hannibal Lecter (Mads Mikkelsen). Unbeknownst to Harris his professional confidant is a dangerous serial killer himself. Caroline Dhavernas, Laurence Fishburne, and Gillian Anderson will also appear in supporting roles.

Hannibal has been given a 13-episode order for its first season, mimicking the cable model of a limited season instead of the standard 20-22 episodes. The series is written and produced by Bryan Fuller (Pushing Daisies, Dead Like Me) and executive produced by Martha DeLaurentis for Gaumont International TV. David Slade, known for directing credits like The Twilight Saga: Eclipse, 30 Days of Night, and Hard Candy, has directed and executive produced the pilot. 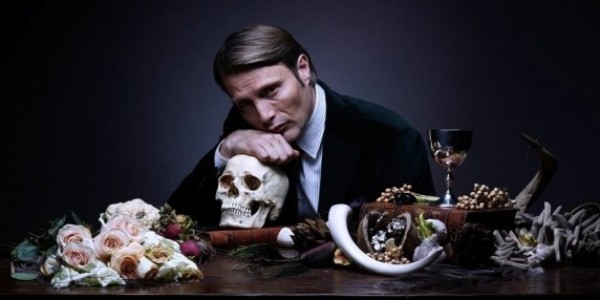 The trailer offers a glimpse into the seemingly moody and dark series. Hugh Dancy appears to be a formidable tortured “good guy” protagonist, and Mads Mikkelsen in his first American television role, is appropriately sinister and unsettling as the title character.  Given NBC’s unfortunate history with the time slot,( the last show to premiere Thursday at 10pm was Do No Harm and got canceled after just two episodes) it is difficult to be optimistic for the show’s success. b=But having a built in fan base (fans of Harris’s novels and the popular film franchise) might draw in viewers that would otherwise not tune in.

Will you be watching April 4?