First look at Sacha Baren Cohen as “The Dictator”

Sacha Baron Cohen surprised many when he announced that his project would be The Dictator, both a satire of Saddam Hussein and a loose adaptation of his book Zabibah and the King.

The first official image from the upcoming satire, which can be seen below, comes our way thanks to The Huffington Post. The political aspects of this film might turn some people off, but from the looks of this image, this’ll be your typical Cohen satire.

Cohen will play a dictator (hence, looking like Hussein) and a goat herder, while Anna Faris and Sir Ben Kingsley are also attached for roles on the film. Farris will play an organic food store owner who catches the dictator's attention in New York after he's been deposed by his look-alike, a goat-herder. 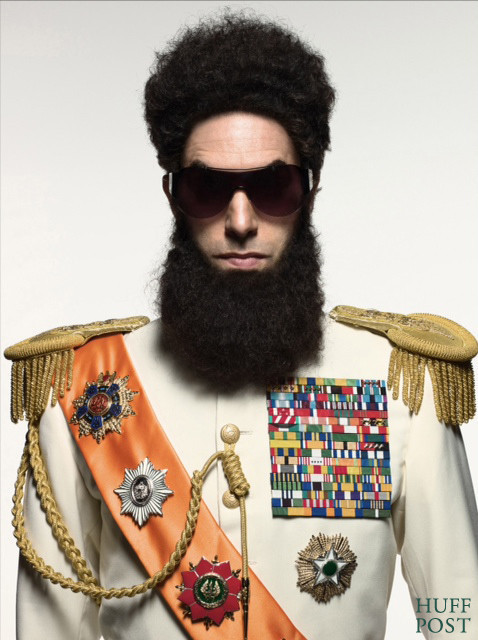