First Look at the Cast of Tim Burton’s ‘Dark Shadows’

Tim Burton has made a name for himself by directing offbeat features throughout his career. He’s also famous for collaborating with character-actor-turned-A-lister Johnny Depp, so it wasn’t a surprise when Burton came on board to direct an adaptation of the gothic soap opera Dark Shadows with Depp attached to star.

In addition to Depp, Burton’s other frequent collaborator and real-life partner Helena Bonham Carter will appear as well in addition to Jackie Earle Haley, Chloe Moretz and Michelle Pfeiffer. Thanks to Entertainment Weekly, we finally have an official promo image from the feature, which is currently slated to roll out in the U.S. on May 11, 2012. You can check that out below. 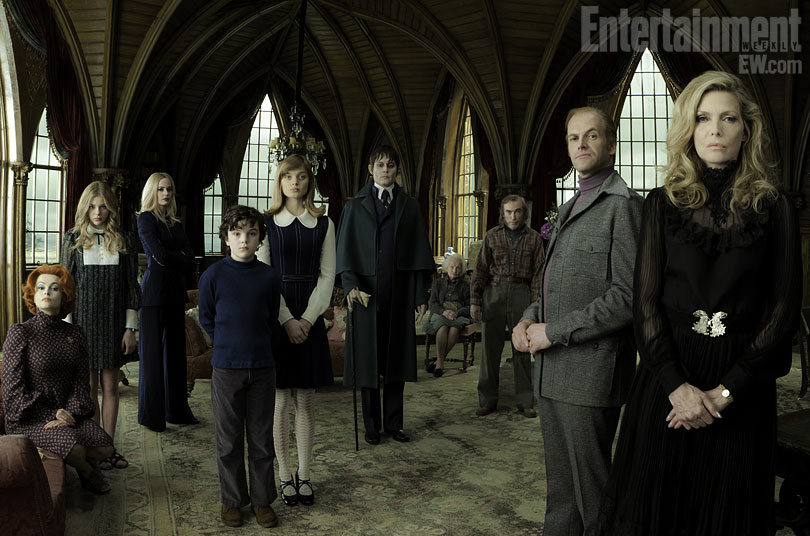 Burton and Depp have collaborated to make some absolutely wonderful features, including Ed Wood and Sweeney Todd: The Demon Barber of Fleet Street. But their last collaboration, Alice in Wonderland, other than an incredible gross and some surprise Oscar wins, showed that there can be too much of a good thing. They’ll really need to prove themselves again with Dark Shadows.