HBO has released a trailer for the upcoming Matthew McConaughey and Woody Harrelson crime drama True Detective. The eight-episode cop drama is described as an “elevated serial narrative with multiple perspectives and time frames. It centers on two detectives, Rust Cohle (McConaughey) and Martin Hart (Harrelson), whose lives collide and entwine during a seventeen-year hunt for a serial killer in Louisiana. The investigation into a bizarre murder from 1995 is framed and interlaced with testimony from the detectives in 2012, when the case has been reopened” per Deadline. True Detective is meant to be an anthology series, so the eight-episode season will be a contained story and subsequent seasons will adopt the same structure but will have differing narratives and characters.  McConaughey and Harrelson are only singed on to star in the first season. The series is set to premiere in January. 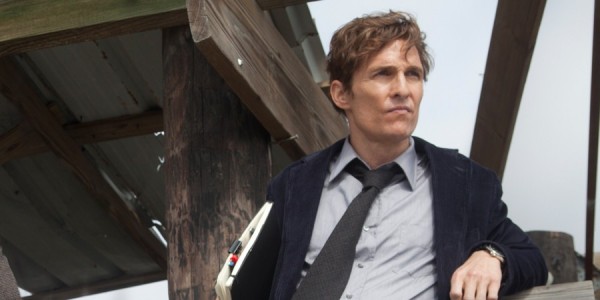 The new trailer is atmospheric and moody and has a creeping sense of foreboding, hinting at the weightiness of the narrative. This does not seem like your average flashy cop drama. If anything, the trailer communicates that True Detective is anything but, and instead offers an unsettling and tense perspective on the crime drama genre. Watch the trailer here.