Ron Marz ended his 70-issue run on Witchblade in December, with Witchblade #150. Witchblade #151 hit the shelves on January 4th, 2012, and is being handled by a new team: writer Tim Seeley, renowned for Hack/Slash, and artist Diego Bernard, the artistic penciler of The Man With No Name.

This issue of Witchblade is panned as a great "jumping on" point, and I was very happy to hear it would be continuing despite Ron Marz leaving the series after issue 150, considered it seemed to be the "End of an Era" for Witchblade - and a symbolic "final issue." Writer Tim Seeley worries me... I love Hack/Slash, but the stories are usually much less involved and have more blood and guts than the usual Witchblade comics. Hopefully, the action feel rather than pure terror Seeley usually enraptures his readers with in Hack/Slash will pervade his run on Witchblade, a much more fantasy-based series than a bloody horror-hound series. 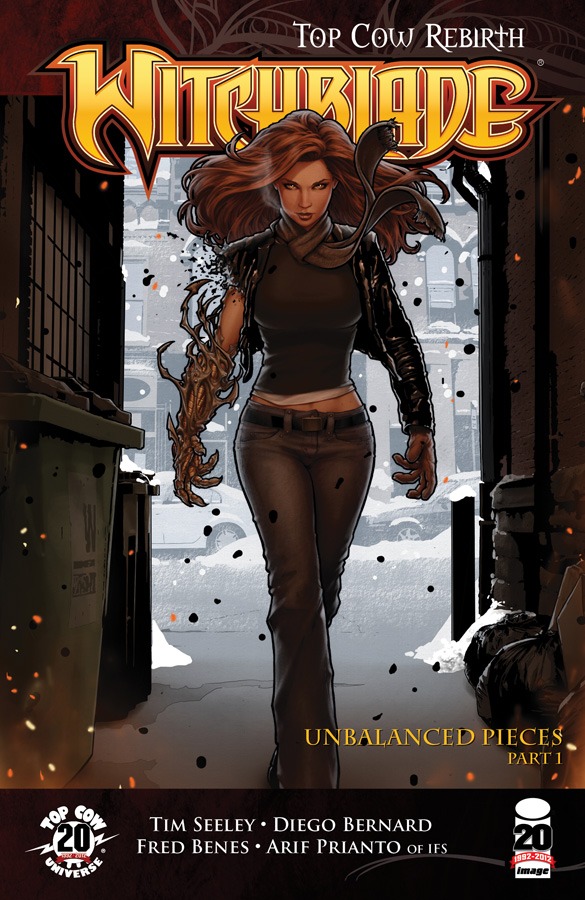 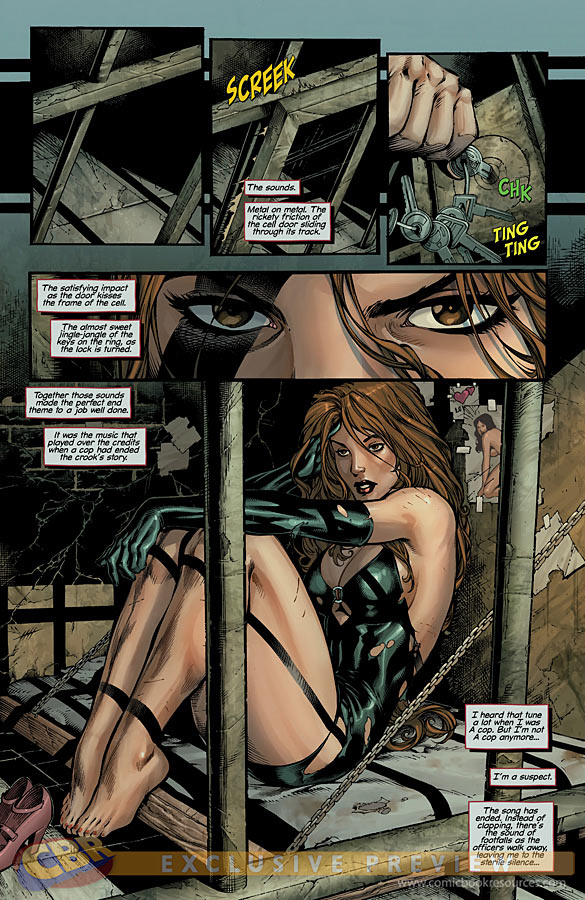 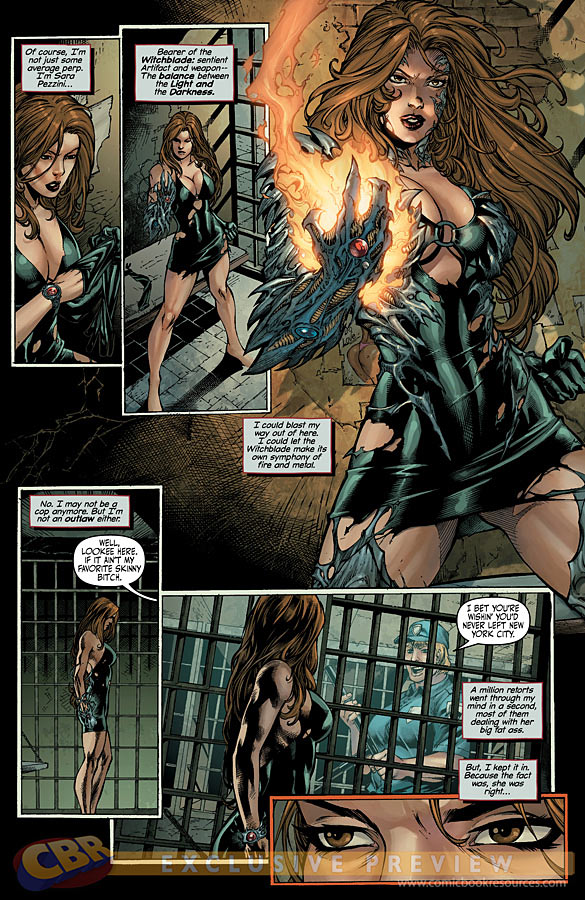 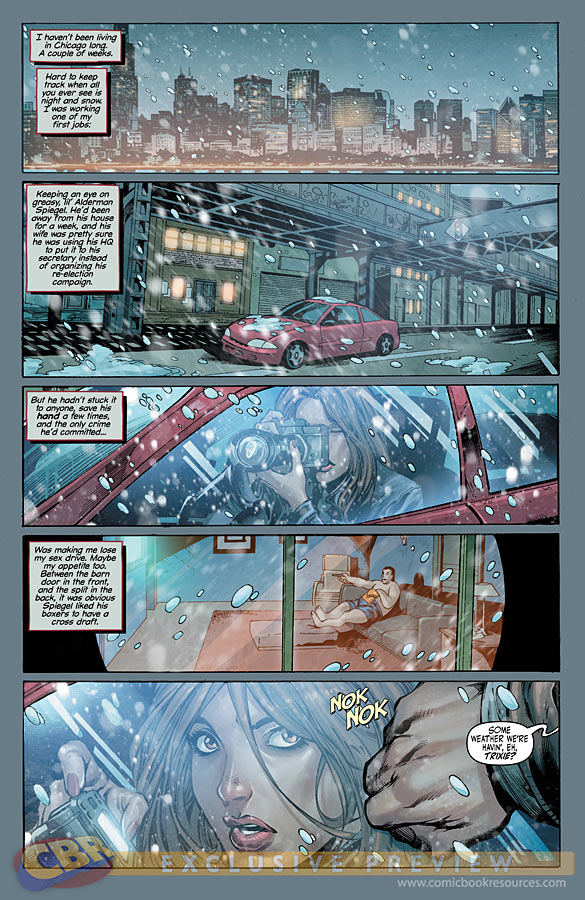 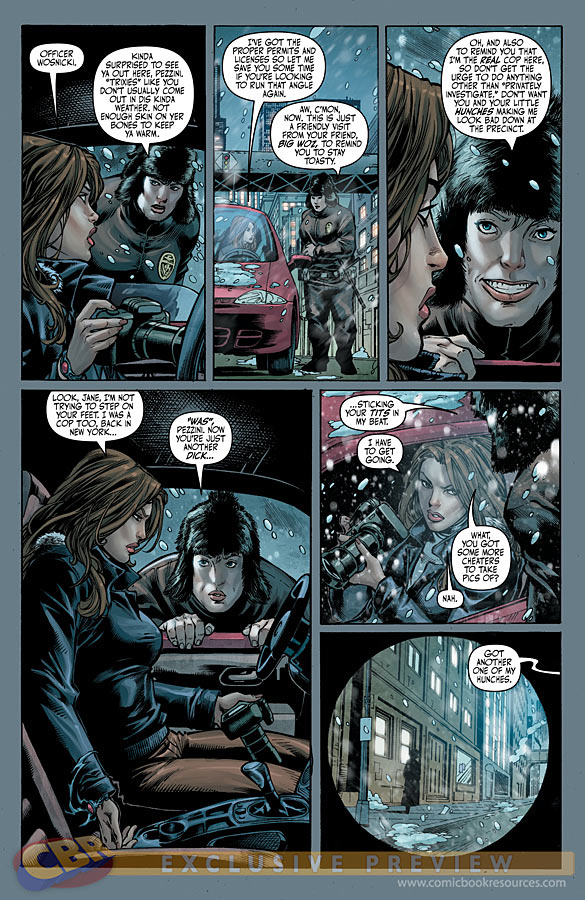 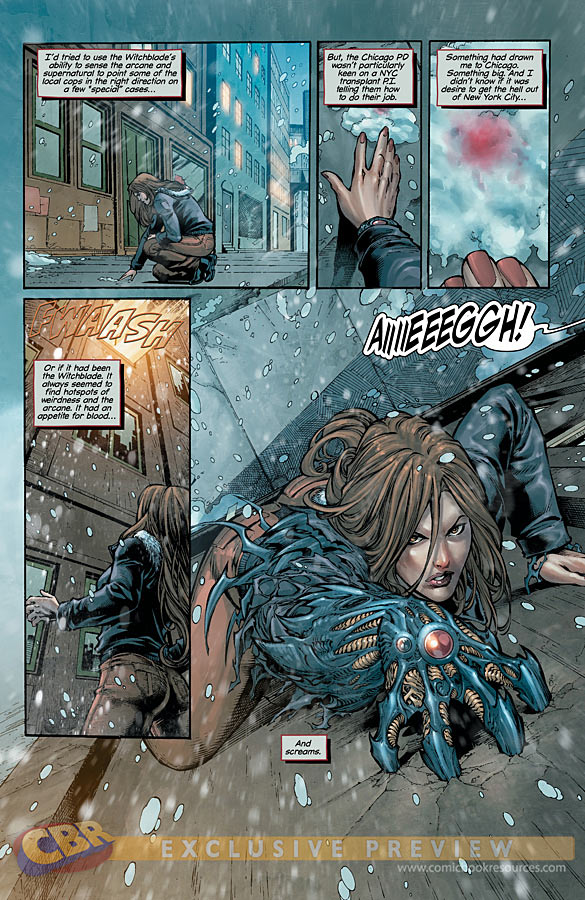 But, slowly, Sara's witty personality comes through and her narration gets better, like the artwork which has some nicely drawn snow and scenery. The change from Chicago to New York is nice after so many issue centered around the very overused city, but this makes the preview seem to hint that older fans will enjoy this series more despite the location change because nothing of Sara's origin or the Artifacts crossover event are mentioned yet.

The direction of the series, just from the preview, has mixed results but seems promising... but you never know until you pick up a full copy.