With Gary Ross officially stepping out of The Hunger Games sequel and consequently the franchise, one of the hottest seats in Hollywood is up for grabs. The Hunger Games was universally welcomed by critics and audiences worldwide, and Ross had laid the groundwork for a strong follow-up.

The question now is who will be the next master of ceremonies to elevate the second film, Catching Fire, above its predecessor—if that can be accomplished. We've assembled a wish list of candidates, so it should be noted the likelihood of any of the below directors actually getting the gig is fairly low, namely because virtually all of them are busy with other projects currently and “Fire” is scheduled to start production this Fall. Still, a fan can dream what the sequel would be like in the hands of these masters. 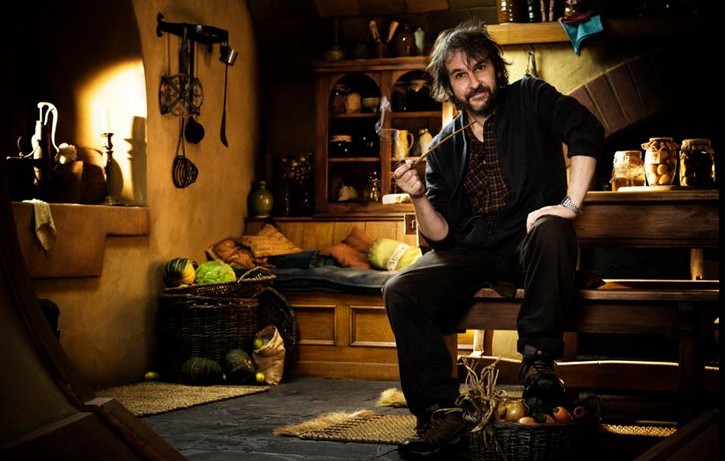 Peter Jackson (The Lord of the Rings, King Kong)

If “Hunger Games” sets up the theme of revolution for the (film) series, Catching Fire has to be the one that sets the world of Katniss, Peeta and friends to scale. “Fire” opens the story to the various other districts throughout Panem, their roles within society and where they fall on the proverbially food chain, all of which play a part in the third entry to the series, Mockingjay. If there is any director today who understands and appreciates scale, it’d be Peter Jackson. Hell, he probably has “epic” on his business cards: Peter “Epic” Jackson.

Where the “Games” series stands right now is as a pop culture phenomenon with the potential to age well. “The Lord of the Rings” series has transcended pop culture to become literary legend, and Jackson knocked the film adaptations out of the park at a time when such an adaptation was thought impossible. If Jackson and his crew could handle the scale of “Lord of the Rings” with such detail, involvement and mastery, the relatively low-key (by comparison) setting/events of Catching Fire would be a walk in the park for Jackson and Co. Too bad he's stuck in a Hobbit hole in New Zealand from now until eternity. 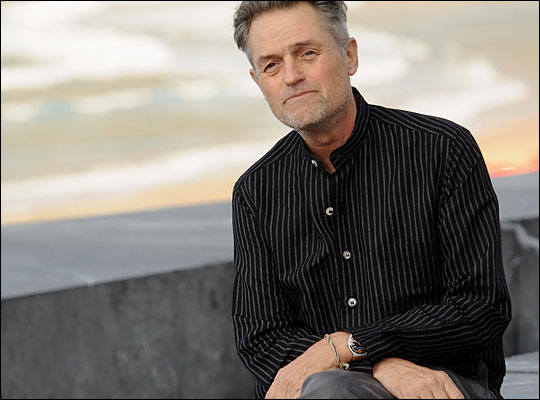 Jonathan Demme (Silence of the Lambs, Rachel Getting Married)

Although war is the reigning theme of the entire series, Catching Fire does a nice job of expanding on the fractured relationships for its main characters. Not only do we get a better sense of Katniss’s relationship with her family but Peeta, Gale, Haymitch, Cinna and (especially) Snow. Each of these add another angle for Lawrence to play and expand on Katniss.

Demme has already shown his versatility for crafting complicated relationships, notably Hannibal Lecter and Clarice Starling from Silence of the Lambs—a pairing slightly mirrored in Snow and Katniss. Like Lecter, Snow is a mastermind who holds all the answers Katniss is looking for and nearly all of the power. Demme can shepherd this dynamic, maybe even giving “Fire” a touch of suspense by constantly putting Katniss on edge. Demme not only handles an adversarial relationship well; Rachel Getting Married, divisive as it is, showed how he can balance character study with drama. While none of the characters of Catching Fire are particularly deep/insightful, that doesn’t mean Demme can’t bring a touch of introspection to the expanding world of The Hunger Games. 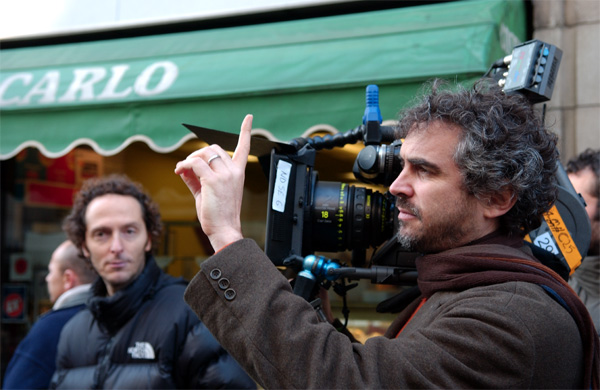 Alfonso Cuarón (Harry Potter and the Prisoner of Azkaban, Children of Men)

As any good story goes along, it tends to get darker. “Games” was already dark with kids killing kids, “Fire” amps it up with the government killing kids, along with their mothers, fathers, neighbors, etc. President Snow knows that Katniss’ actions have caused a groundswell, and he’ll be damned if he remains complacent. Alfonso Cuarón can handle this type of relationship as well as moving an already established series in a darker direction.

Cuarón is already versed in fantasy adaptations with “Azkaban” and he would be primed to adapt the proper elements of “Fire” that have to make it to the screen while not boring viewers with details best left in the book—much like Ross did with “Games.” In “Azkaban,” Cuarón balances Harry’s relationship with the oft-absent Sirius Black delicately on the adolescent/elder struggle. The Katniss/Snow relationship, which is far more involved, would be tense and dicey terrain for Cuarón to explore to potentially great results. As for the violence of “Fire,” one need only cite Children of Men to show how Cuarón can orchestrate stunning sequences of visceral action—often all in one take and with far less shaky-cam. Think of the tracking shots! 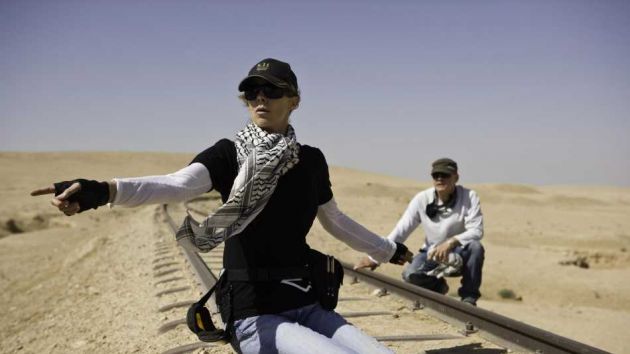 As has already been noted, the second entry of the “Games” series is all about budding war and revolution, its cause and effect while examining the nature of the combatants from the eyes of a 16-year old, which is a view not taken in many mainstream stories of war. In our society, we’re used to teens being more worried about test scores and getting laid than fighting against their government while their allies drop dead around them. The road of war is a rough one to travel, and Kathryn Bigelow has already shown a strong understanding of this.

From the opening moments of The Hurt Locker, Bigelow shows she isn’t afraid of throwing her characters in the heart of a bomb zone (literally). She’s a healthy balance of stylized and guerilla filmmaking. With her in the director’s chair, “Fire” could maintain an “on the ground” feel to Katniss’s progression through Panem as if it were a war documentary being shot as the events play out. Come to think of it, without spoiling anything, a documentary crew actually does become a part of the main story in Mockingjay. Bigelow could get a jump on film three by putting the effects of war under the microscope of the shoulder-mounted camera not only for Katniss but her drunken mentor Haymitch (Woody Harrelson). 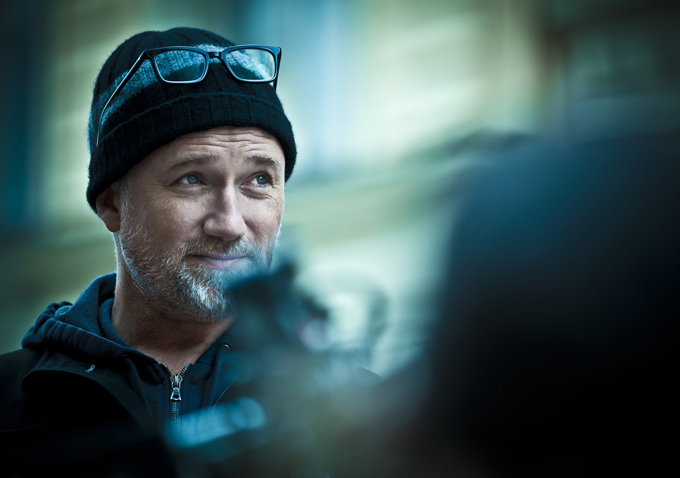 David Fincher (The Girl with the Dragon Tattoo, Se7en)

Although Catching Fire is expected to ramp up the frenzied feeling that comes with a war setting, there is also the starkness and mental fallout that comes with revolution. “Fire” is not only about the physical attributes of war but the mental workings that go with it. The motivations and inner ticks of Katniss, Haymitch, Peeta, Snow and Gale are all put into play. Each of them are killers, only separated by a matter of degrees.

Short of Christopher Nolan, few working directors can handle the mind of a killer better than David Fincher. Control issues aside, the man is a master of tone, suspense and layering large ensembles— essential if Catching Fire is to succeed on a storytelling level. What’s more, he is an actor’s director not afraid of adaptations or strong leading ladies, arguably making the better adaptation of The Girl with the Dragon Tattoo and pulling a superior performance out of Rooney Mara. Put Fincher in a room with the already talented Lawrence and who knows what kind of Katniss they could whip up. It’d likely be fantastic.