Five Games That Will Make You A Better Boyfriend

If you’re sitting in front of a computer reading about video games on Valentine’s Day, then it’s just possible that you might need some dating tips.  But that’s okay because there are plenty of video games that can teach you valuable lessons about being a better boyfriend or girlfriend

The 2009 RPG hit from Bioware, Dragon Age has much to impart about wooing possible love interests.  In order to earn the loyalty of your party members, you could give them gifts that you purchased from vendors during your adventures.  However each party member has certain interests, and you’ll build the most loyalty by giving the right gift to the right person.  You can romance the sexy witch Morrigan by presenting her with a mirror that hold special meaning for her.  The lesson learned here is that you shouldn’t try to buy love with lots of gifts, but rather by listening to your love and getting them things that have personal significance. 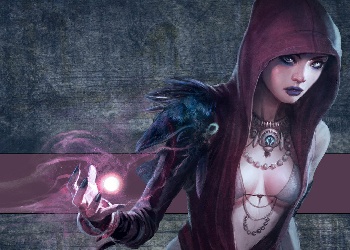 In 2008, indie puzzler Braid became a critical darling with it’s subtle plot, and time-controlling game mechanic.  The protagonist is out to reclaim his princess by using his ability to reverse the flow of time.  Along the way he discovers that he can’t really erase his mistakes.  Only by learning from them can he continue his journey.  Likewise, in any relationship, there will be mistakes.  Don’t try to erase them; learn from them.

Rockstar’s 2001 action game Max Payne featured some time-controlling powers too, but those fancy “Bullet Time” moves didn’t let Max save his wife from getting killed.  Max vows vengeance against the drug lords who made the drug which lead to his wife’s death, and much shooting ensues.  Now, vowing vengeance against those who kill the ones you love is a classic video game story, and it’s perfectly natural to respond to the death of a loved one by going on a ruthless vigilante shooting spree.  However, here’s another great lesson that we can learn from Max Payne and the countless other games that use the same plot:  Don’t put the ones you love in danger.  Then you won’t have to become all hard-boiled and run around shooting drug dealers in slow motion.  Instead, you can stay home, cuddle on the couch and Netflix the film version of Max Payne with Mark Wahlberg.

Of course you might still end up losing the one you love.  What steps would you take to get them back?  That’s the question behind Sony’s 2005 game Shadow of the Colossus.  The protagonist brings the body of the woman he loves to the ruins of a temple in a deserted land.  There he learns that he must kill sixteen innocent magical creatures in order to bring her back to life.  This ends badly for our hero.  The lesson learned here is clear; Don’t be a jerk!  You can’t get back someone you love by acting like a jackass, whether you’re stabbing Colossi with a magic sword, or leaving nasty messages on someone’s voice mail, this isn’t going to help the situation. 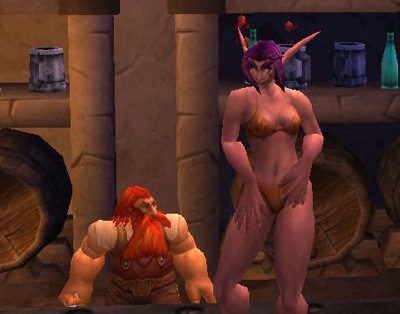 If you’re a woman, look no further than World Of Warcraft for dating advice.  Just put on a chainmail bikini and do a sexy dance next to a mailbox all day long.  You’ll have plenty of Valentine’s Day plans before you're through.