Five Ubisoft Titles We Want as Movies or Shows

Word around town is that French game developer/publisher Ubisoft is looking to get into the Film/TV business in hopes of bringing its games to a new audience. While the people they've appointed to run that operation try to figure out how in the hell to pull it off successfully in a world of middling video game adapatations, we here at Player Affinity ponder what games in Ubisoft’s catalogue we’d like to see hit the big screen. 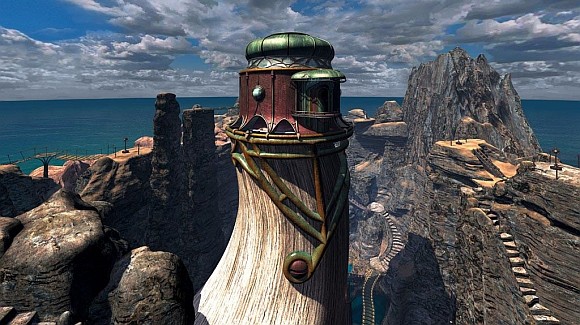 Okay, technically this series belongs to developer Cyan (now known as Cyan Worlds), but Ubisoft still played a big part in getting the latter games (from Myst III: Exile onwards) published and are far more likely to get an adaptation of the famed fantasy/puzzle series made. The format of the series isn’t the most exciting: the gameplay consists of point-and-click puzzle solving with virtually no action. However, what the “Myst” series lacks in action it more than makes up for in storytelling set against vivid fantasy-hued backdrops with incredible attention to detail.

Since the protagonist is only known as The Stranger, it would not be hard to put a face to a central lead given how nobody has seen him/her. While the series definitely screams for a Hollywood-sized budget, the “Myst” series could easily transition to the TV field; the idea of going to different “Ages” (or separate worlds, in the “Myst” universe) opens the potential for separate sequels/seasons, each based on one of the five games made. Given the impact of the series on the gaming industry, it’s not out of the question Myst could leave a lasting impression on the big/small screen.

A proclaimed favorite of Peter Jackson’s, the potential for a film adaptation for the 2003 cult favorite is very much alive. Set in the year 2435 in a dystopian society (duh), the story follows photojournalist Jade as she tracks the fascist regime governing her home world, using her camera and ass-kicking skills. It has all the necessary elements to make for an engaging transition to the big screen: likeable lead, revolutionary themes (which are always interesting to watch) and an original setting that would be a (crazed) artistic director’s wet dream. With plans underway for a sequel to the first game, it’s safe to say Jade’s escapades could carry over into a franchise both in the gaming and film sense — if done well enough. Oh, and the soundtrack kicks major ass.

(NOTE: We’re going to ignore that the Uwe Boll film Far Cry exists because it is a Uwe Boll film). The “Far Cry” series is a little like the “Uncharted” series save for a few aspects: “Far Cry” is not nearly as smart, charming or advanced as “Uncharted.” Still, that doesn’t make it a bad series or a poor candidate for the big screen treatment, especially given the action-oriented nature of the games. The first game included rain forest, desert, canyon, mine and beach settings. Fans of the game know of the series’ varying elements, from slight science fiction to more realistic civil war settings. With its relentless pacing, the “Far Cry” series could transition to a viable action film franchise, depending on who is in front of and behind the camera ... not Uwe Boll. 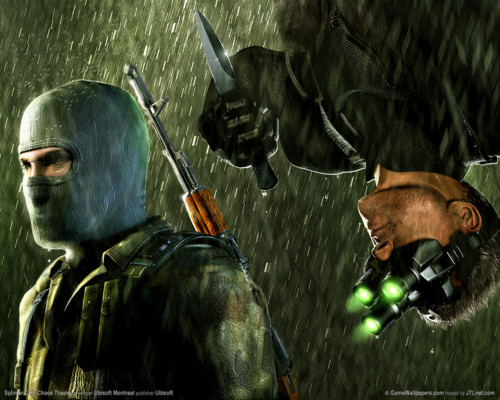 It’s surprising that this series—based around the exploits of Sam Fisher within the classified “Splinter Cell” of the government—has not already been adapted to film, despite years of rumored intentions to do so. With Tom Clancy’s endorsement, you know you’ve got some steam given his background in espionage and conspiracy fiction, two themes that are huge in the Hollywood thriller genre. Given how the series takes a “Bourne”-style turn later down the road, Sam Fisher could easily be poised to make a step forward as a legitimate pop culture icon of badass: he’s already achieved that moniker in the gaming world. Since we’re dealing in government espionage, the films can take an audience all over the world and with the heavy emphasis on stealth gameplay, one could transition this to the screen as thugs getting stalked by Fisher; striking at any moment. Not unlike Batman, except without the guns and knives Fisher prefers. 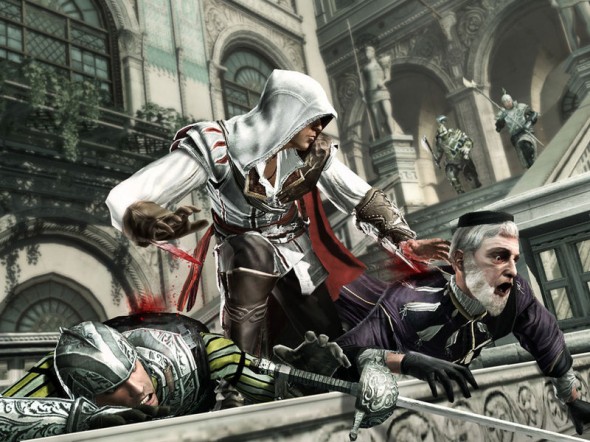 No question that to date, the “Assassin’s Creed” series is Ubisoft’s flagship franchise. Lucky for them, since the first title sold well but was met with lukewarm critical and public reception ... thank God for Assassin’s Creed II. If Hollywood loves one genre of film, it’s the period piece. With the settings of Jerusalem, Damascus, Renaissance Venice, Florence and Rome at their disposal—present day Desmond Miles’ futuristic world notwithstanding—there is a lot for Ubisoft to play with (pun intended) for a film adaptation or three. Hopefully they can make Altair more interesting to listen to, but you couldn’t argue against the idea of seeing Altair/Ezio scaling ancient cities and killing Templars as unappealing. Besides, when you include characters based on historical figures as the “Assassin’s Creed” series frequently does, audiences tend to eat it up regardless of how historically inaccurate their portrayal might be. That’s okay since the series is Ubisoft’s fun little (fictional) way of looking at the past through the a stylized lens and oftentimes, that’s what Hollywood is all about.