It’s not been a good day for the UK games industry, what with the announcement that Studio Liverpool has closed down. So just to rub salt in the wound, top UK retailer GAME has announced that their flagship store in Oxford street London will be closing down in September.

This news comes following an apparent revival of the GAME brand following the company’s fall from grace earlier this year, but clearly the problems aren’t over yet. The company claims that their lease on the property will be expiring as opposed to direct financial issues, but it’s difficult to see why such a significant retailer would abandon their flagship store unless there were money problems.

The Oxford street store has seen hundreds of the UK’s biggest midnight launches, with the highly anticipated (but poorly attended) Vita release party being the most recent. While locals will surely be disappointed, Sony have made a statement in an effort to calm hasty judgements:

"We can confirm that we will be closing our Oxford Street store on 8th September 2012 due to the expiration of the lease. Our West End customers can visit our concession in Hamleys on Regent Street, our flagship store in Westfield Stratford, or our websites at http://www.game.co.uk or http://www.gamestation.co.uk. We also have stores in Hammersmith, Surrey Quays, and Westfield White City." 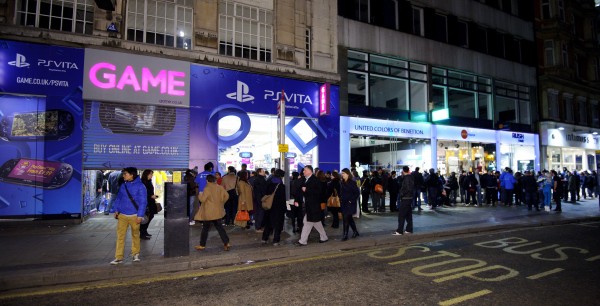 Perhaps the most worrying point to extract from this news is the ever continuing downward spiral of the retail gaming market, particularly in the UK. The highly documented rise of digital distribution has seen retailers such as GAME suffer terribly over the past couple of years and today only highlights the fact that little has changed. It’s difficult to say, however, that many will be truly taken aback by this news. GAME has become somewhat infamous for its stingy pricing policy and lack of variety and innovation.

Thankfully, though, GAME have assured that employees will be relocated as well claiming that they intend to maintain a central London presence. It’s not looking good on the whole, but we’ll just have to wait and see how this all untangles.