The Flash – Borrowing Problems From The Future Review

"Back to the future for Team Flash"
By: Anthony Punt | TV Reviews | January 26, 2017
In the cliffhanger for the midseason finale of The Flash, Barry fast forwards into the near future, where he sees his lady love Iris skewered by the villainous speed god Savitar. The midseason premiere episode “Borrowing Problems From The Future,” picks up right where that last episode left off with Barry having nightmares of Iris’s death. His screaming wakes Iris up in the bed they share—which isn’t exactly the worst place in which to have a nightmare—but Barry clams up when she questions him about it. Instead, he races into danger with his new mentee, Iris’s brother Wally, who recently regained his speed powers. They haven’t quite gotten the superhero code name picked out, which is a trope this show has leaned on going back to the early days when Barry was referred to as The Blur. In this case, Wally’s superhero nom de plume is The Yellow Guy. Ugh. In another holdover plot from the first half of the season, Caitlin continues to fret about the re-emergence of her Killer Frost powers. Thankfully for people like me who found the plotline interminable, the emphasis on Evil Caitlin is mostly minimized. What this plot point mostly does is give the showrunners a pretense for bringing Julian into the fold as an official member of Team Flash. Not to go off on too much of a tangent, but as I’ve said in previous reviews I prefer Julian in the role of principled critic of the Flash’s excesses (and boy, have there been a few). It’s also a bit odd that Caitlin would turn to Julian, of all people, to fix her problem given their history in which she nearly tried to kill him while still in her Killer Frost persona. Moreover, why does the show have this nasty habit this season of having Caitlin turn to others—men in particular—to fix her problems, when in seasons past she was depicted as a strong scientist lady who was perfectly capable of taking care of herself, thank you very much? These days, unfortunately, the default position for the character seems to be crying in a corner. 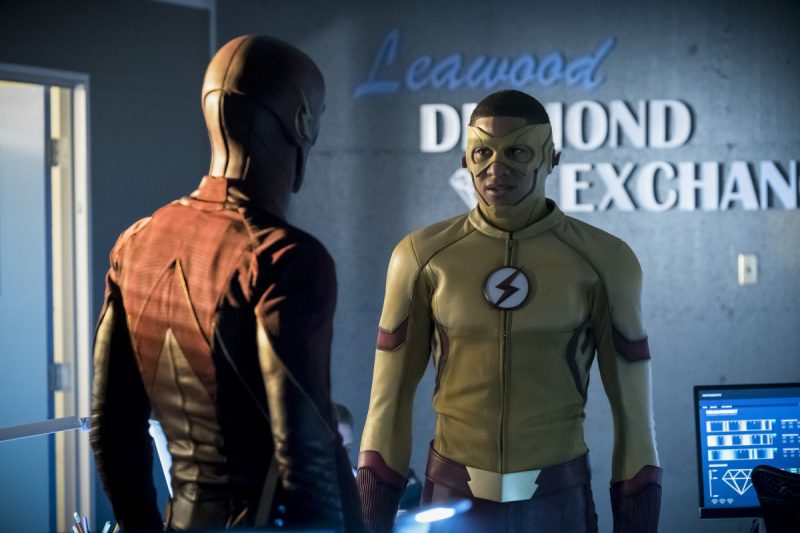 Even as The Flash continues to frustrate with its retrograde portrayals of certain characters, I’ll give the showrunners credit for course-correcting and making the show significantly less grim than it had been before the hiatus. For an episode whose central plot is about the future death of a pivotal character, “Borrowing Problems From The Future” had a light touch that was much welcomed. In particular, the show finally gives HG something productive to do by having him open up a STAR Labs museum that’s open to the public. There’s something endearing about him in the role as an absentminded, obsessively eager curator/pitchman, and I say that as someone who’s found HG less than amusing. Granted, not all of the humor lands, even in this episode, but it’s the thought that counts. The villain in this week’s episode isn’t much to write home about, continuing a recent disappointing trend of generic one-off villains. In this case, the villain in question is Plunder (real name Jared Morillo); the character shares the same name with the minor Flash villain from the comics, but otherwise they’re nothing alike. The Plunder that appears in this episode is a Snake Plissken lookalike who shoots a gun with heat seeking bullets. And that’s about it—nothing much in the way of character motivation, personality or anything. In fact, I hardly remember if he got a line in the episode. Instead, he mostly serves as a plot device so that the audience can see Wally in action in his new Kid Fl—I mean, Yellow Guy persona. 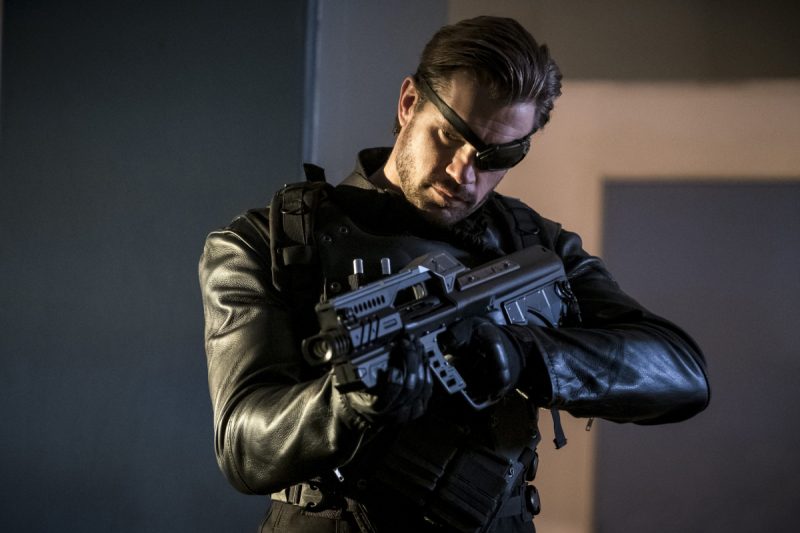 Wally ends up saving Barry from a Plunder kill shot, but instead of expressing relief Barry gets mad at Wally for his recklessness while still in training mode. Later, however, Barry confesses to Iris that he wasn’t mad at Wally for saving him and trying to capture Plunder. Rather, Barry is upset because in the future he saw Plunder was at large and that Plunder can’t be in jail because it’ll mess up the timeline. Or something. To be honest, Barry’s motivations were a little hazy here. But speaking to the larger point, because it bears being stated in all caps: BARRY LET A BAD GUY GO ON PURPOSE. It’s as if he—or more aptly, the showrunners—missed the entire point of the Spider-Man origin story, in which failing to stop a burglar led to a greater tragedy. Thankfully, Iris is there to save him from himself because, hoo boy, was that an ill-conceived notion. It’s strange that this episode of The Flash would retread the same thematic steps as the recently completed Flashpoint storyline, except in the opposite direction. That is to say, instead of trying to change the past they’re now trying to change the future. And most galling of all, the characters failed to retain the lesson they learned back then about the dangers of trying to muck with the time stream. Then, as now, the reasons for doing so may seem valid (protecting the life of a loved one) but the unintended consequences ultimately do more harm than good. How exactly is this situation any different? The showrunners put themselves in a no-win situation: of course the fans aren’t going to root for Iris dying, but they have to wonder about the intelligence of the characters for failing to retain lessons recently gained. 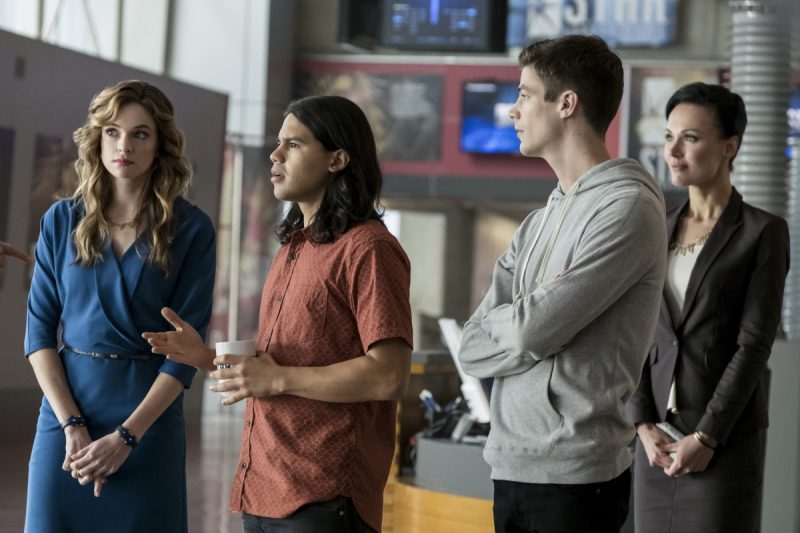 Even if the plotting and character development are wildly unfocused at times, I will give this episode kudos for at not being as depressingly dark as it had been for much of its half-season. In particular, the bonhomie between the members of Team Flash—one of the key selling points during the best of times—made a welcomed reappearance. Also, it was fun to see Wally in action at long last and being given the dignity of a proper codename (spontaneously shouted by onlookers after Wally defeats Plunder). Even if the future isn’t looking particularly bright these days, hopefully The Flash will provide enough light for us not to curse the darkness.
Rating
7.0
Pros