"Caitlin loses control, audience gets let down"
By: Anthony Punt | TV Reviews | November 23, 2016
The past few episodes of The Flash have explored the development of Caitlin Snow’s cold powers, but “Killer Frost” is the episode that (if you’ll pardon the mixed metaphor) blows the lid off the boiling teakettle. As the episode title implies, Caitlin’s identity becomes subsumed into her Killer Frost alter ego after she’s forced to use her powers to save the Flash’s life from Savitar. The result is an unsatisfying, anticlimactic payoff to a storyline that—let the record show—I’ve always been ambivalent at best about. Allow me to expand further on why I think the Caitlin-as-Killer-Frost storyline was deeply misguided. The “giving a supporting cast member powers” plotline has been a long established trope on superhero and sci-fi shows (most of which, coincidentally enough, aired on The CW) and it inevitably doesn’t work out for the shows on which it happened. The negative effect is two-fold, as it reduces the element of suspense and danger if the sidekick can bail him/herself out of danger and, correspondingly, it makes the hero a lot more special. But my biggest objection to the Killer Frost storyline is a problem that even great genre shows like Buffy the Vampire Slayer made with its Dark Willow arc: it robs a capable female character of her agency and depicts her as being all too easily turned to the dark side. The “Killer Frost” episode uses the flimsiest of pretenses to have Caitlin break bad as she assaults criminals and even kidnaps Julian in an attempt to find Alchemy so he can remove her powers. Having her act this wildly out of character seems to mostly be an excuse for name-brand director Kevin Smith (of Clerks and Chasing Amy fame) to have Killer Frost fight Flash and Vibe (aka Cisco Ramon) on screen. And to be fair, that fight scene is almost cool enough to justify the exercise. But ultimately not enough to justify the damage done to Caitlin’s development as a character. 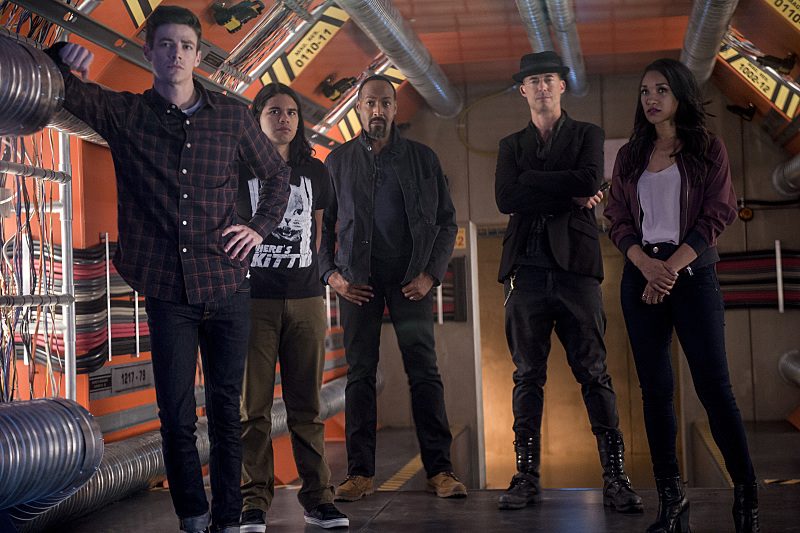 The whole Killer Frost exercise becomes even more pointless as she reverts back to Caitlin just as suddenly as she became Killer Frost. And how does Team Flash get Caitlin back: do they use their scientific ingenuity or find an otherwise clever solution? Nope—Barry just lets Caitlin out of her metahuman cell and informs her that the only way she can leave is if she kills him. Basically, Barry is counting on the slim chance that a supervillain with split personality disorder won’t take the opportunity to stab him with an icepick. The dubious gambit works as Barry is able to appeal to the Caitlin inside the Killer Frost and is able to, in both a figurative and literal sense, warm her icy exterior. As plans go, it’s not the best. Not only that, it doesn’t even make sense from a storytelling standpoint—previous episodes of The Flash established that Caitlin would lose her sense of self the more she used her cold powers. Yet all it took to stop her from becoming Killer Frost was a heart-to-heart from her good pal Barry. While I’m happy to have the Caitlin we all know and love back, the mawkishness and illogicality required to reach that point left me cold. Although the bulk of the episode focuses on Killer Frost, other subplots abound. For instance, we get our first up-close look at Savitar, the self-styled god of speed. After his brief appearance at the end of last week’s episode, Savitar drags the Flash around Central City and would’ve killed him were it not for the timely intervention of Team Flash. It’s confirmed in this episode that Alchemy, who we previously assumed to be the Big Bad of Flash Season 3, is in fact an acolyte to Savitar. Whether this Russian nesting doll game with supervillains will have any big payoff remains to be seen, but it does seem a bit dubious that a character of Alchemy’s abilities would worship a speed god unless Savitar was himself the source of those abilities. But that’s the case, how would Savitar possess the ability to grant other individuals metahuman abilities and why would he go through an intermediary to do it? To no one’s surprise it turns out that Alchemy’s secret identity is Julian Albert, the CSI agent with a deep enmity toward Barry. 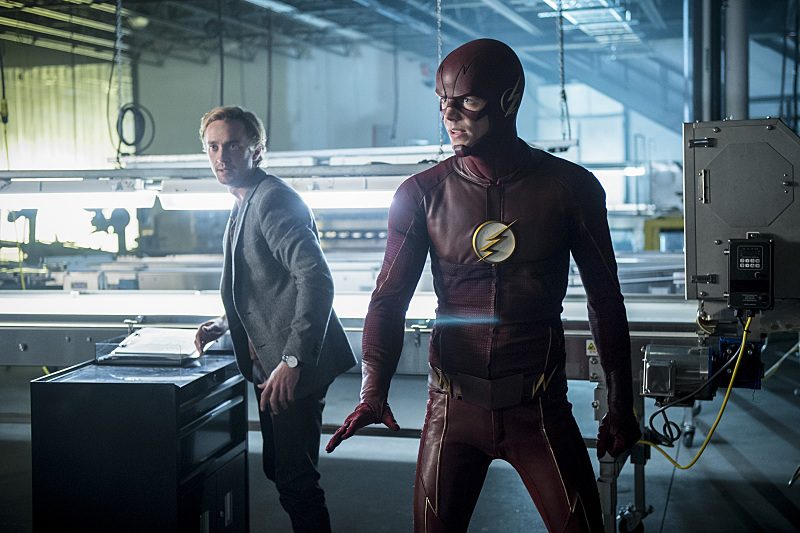 The deepness of that enmity becomes clear as he blackmails Barry into leaving the force in return for keeping Caitlin’s Killer Frost identity secret. It seems like an out of character decision for Julian: if he’s as deeply principled as he makes himself out to be, why would he be willing to cover up the identity of a criminal suspect just to force a guy he dislikes out of a job? I actually thought the introduction of Julian was one of the few successful aspects of this season of The Flash, as I quite liked the idea of having someone to puncture the perfect Barry Allen balloon. But instead of being a jerk with the principles to be offended by Barry’s apparent slacker mentality, Julian is revealed to be a jerk because he’s a supervillain. In the process, it makes Barry seem justified for his actions when in fact he’s clearly not. There’s certainly a good case to be made that, beneath the nice-guy exterior, Barry has been a major a-hole this season. The entire reason Flashpoint was initiated, after all, was because of Barry’s selfishness (if you can call saving your mother’s life from a killer speedster selfish). Events worked out in Barry’s favor so that he got the happily-ever-after he wanted, but in the process it messed with the lives of everyone else around him. To be sure, “Killer Frost” is pretty heavy handed in its handling of this theme: in particular, I certainly could’ve lived without another Cisco-is-mad-at-Barry-for-causing-his-brother’s-death scene after getting one a few episodes ago. But while characters, Cisco especially, have every right to be mad at Barry, it’s kind of a bummer to see everyone mad at the hero. About the only bright spot comes when Wally emerges from the cocoon Alchemy placed him in last episode with his speed powers restored—at least we won’t have to see him mope no more about not being a speedster. It’s a genuine note of happiness in an episode, and a season, that’s been a downer.
Rating
5.5
Pros