The Flash – The New Rogues Review

"Introducing new villains and weirdness "
By: Anthony Punt | TV Reviews | October 26, 2016
Last week’s episode of The Flash featured one primary metahuman antagonist, so the showrunners decided to up the stakes with a few villains from Flash’s Rogues Gallery. Thus “The New Rogues” features the small-screen debut of two of the Flash’s most venerable foes: Mirror Master and The Top. Like most folk with powers on The Flash, Sam Scudder (Mirror Master) and Rosalind Dillon (The Top) are hit by the particle accelerator explosion during a dispute with Leonard Snart (the future Captain Cold). Scudder gains the ability to transport himself and others through mirrors, while Dillon can induce vertigo in anyone she looks at. Neither acquires a spiffy costume to go with said powers, although with Scudder’s dapper pinstripe suits and Dillon’s stylish designs they do resemble a new millennium version of Bonnie and Clyde. The villainous lovebirds are pitted against another superpowered pair in the Flash and Jesse Quick in her first official outing as a superhero. The SFX-heavy confrontations between these two sets of characters give audiences the thrills they expect from shows like The Flash. But to be sure, the subplots in this episode are even weirder and far-out than the metahuman fight scenes. Topping the scale in terms of weirdness is the budding romance between Barry and Iris. In last week’s review, I commented that a stable romantic relationship between the two had the potential to be boring, yet “The New Rogues” underlines the fact that it’s borderline incestuous. Sure, Barry and Iris aren’t in any way related by blood, but they were raised in the same household. In fact, one of Iris’s longstanding qualms about dating Barry was that she saw him more as a brother than as a lover. Since nothing has seemingly changed in the post-Flashpoint timeline with regard to their upbringing, why shouldn’t this qualm still stand? I don’t mean to be either a prude or a spoilsport, particularly since Grant Gustin’s Barry and Candice Patton’s Iris ultimately do make for a cute couple. But the showrunners might’ve been better served by focusing on their current chemistry rather than reminding us about how taboo it actually is. 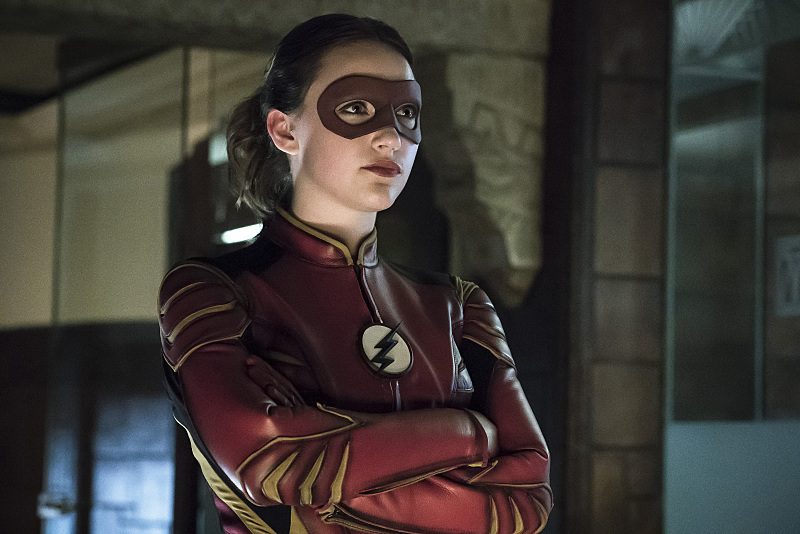 Turning to more traditionally conventional romances, “The New Rogues” confirms my suspicion from last week’s review that The Flash writers were “shipping” Wally and Jesse. At first, Wally is reluctant to pursue things further with Jesse because she’ll be heading back to Earth 2. No disrespect to Wally, but that’s a pretty dumb reason not to be with a cute girl—after all, traveling between Earths in The Flash universe is seemingly as easy as getting on a cross-continental flight would be on ours. (Sidenote: Wally ultimately gets over it and decides to make the interdimensional long-distance relationship work.) Before leaving Earth 1, Jesse makes her aforementioned debut as a superhero in a costume that, to be frank, is less than inspiring. It’s a particularly curious choice to give her a domino mask since no one knows who she is on Earth 1. Be that as it may, Jesse goes through the typical stages of a newbie superhero: newbie trains with the primary hero/mentor; newbie gets overconfident in the use of her abilities, leading to a fatal (or near-fatal) mistake; newbie has temporary crisis of confidence before finding the inner fortitude to persevere. While Jesse has her hero’s journey, her father Harry works with Team Flash to find his replacement. In theory this plotline sounds fairly innocuous, but upon closer inspection doesn’t make a lick of sense. After all of the turmoil caused by the versions of Harrison Wells that they’ve encountered, what makes Cisco and Caitlin so convinced that they need another one? (The more prosaic reason may be that the show has Tom Cavanaugh under contract and needs to utilize him somehow.) This strange conviction on their part results in a scene involving multiple versions of Wells—each with their own unconvincing accents—that falls flat on screen. Despite my reservations, Team Flash ends up recruiting a porkpie hat wearing Harrison Wells that goes by H.R. My first impression of this new version of Wells may not be positive, but presumably there’s some hidden malevolence behind the too-eager goofball. Similarly, let’s hope that the bizarre turns taken in this week’s Flash isn’t a portent of things to come. 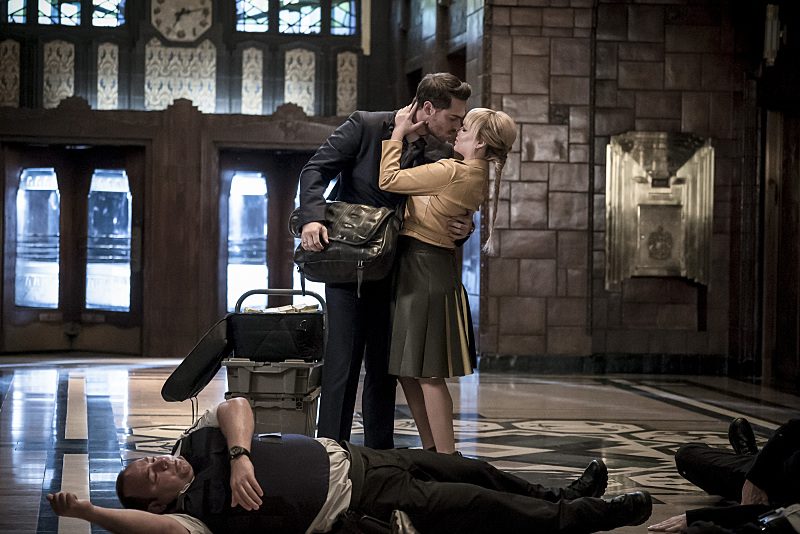 This Week in References: In lieu of Final Thoughts, I thought it best this week to do my best Cisco Ramon impersonation and call out the comic book references from this week’s episode:
Rating
7.0
Pros