Way back in 1991 Apogee Software released a crappy side-scrolling shooter called Duke Nukem which was set in the distant future of 1997 (HA!) By the time the real year 1997 rolled around, Duke had become a franchise of mediocre shooting games which managed to stay in the public eye because of the quaint controversy over the fact that the game had some levels set in strip joints.  Yet that glorious future of 1997 held the promise of one more Duke game:  Duke Nukem Forever.  Now, after thirteen years in development, Forever Has Arrived!

Gearbox Software, who gave us the fantastic shooter Borderlands last year, has announced that they’re developing Duke Nukem Forever and they claim that it is coming out for PC and consoles in 2011.  Although Gearbox has done a great job with other franchises like Brothers In Arms and Half Life, this game has been a vaporware joke for over a decade, and it’s based on franchise that was not very good to begin with, whose fans have probably outgrown the adolescent humor that made it popular in the first place. 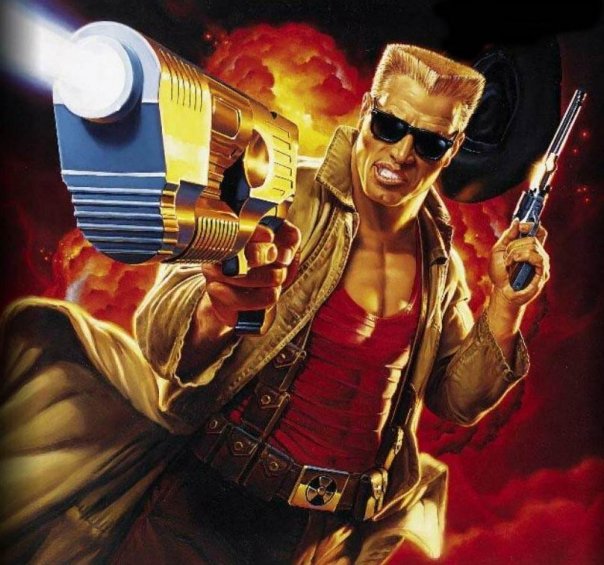 The 90’s were flooded with bad shooter franchises like Duke Nukem, Redneck Rampage and Shadow Warrior trying to differentiate themselves from a swarm of DOOM and Quake clones.  The question to be asked is not “Is Duke really coming out”, but rather “Does anyone still care”?