Four Things We Want to See in ‘Catching Fire’

By: Max Alborn | Movie Features | March 27, 2012
Like any book-to-film adaptation, a lot can go right and even more can go wrong. Mercifully, with The Hunger Games, viewers and critics seem in near-universal agreement that more went right. With a $75-million budget and another $45 thrown into marketing, the film has already amassed a worldwide tally over $200 million—a number expected to climb in coming weeks.

And there are still two more books to adapt. With the second entry, Catching Fire, already greenlit for a November 2013 release, screenwriter Simon Beaufoy (Slumdog Millionaire, 127 Hours) has a lot of opportunities to expand on the first film's foundation. While "Games" did get a number of things right, there's always room for expansion.

WARNING: There be spoilers ahead for those that have not read the first two books of "The Hunger Games" series. Stop now if you want to remain in the dark. 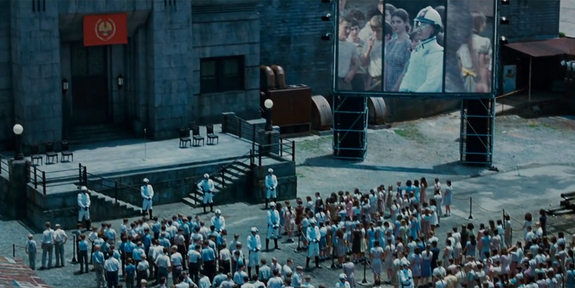 Build Up the Districts

District 12 was important for "Games" as it wasn't only Katniss's (Jennifer Lawrence) home but the only other setting readers/viewers got a look at outside of the Capitol arena. Not only that, but District 12 also revved up (visually) how bad the balance of power is between the districts and the Capitol. With Katniss and Peeta (Josh Hutcherson) walking out of the Games alive, they open the second act preparing for a "Victory Tour" of the other districts, in which they are paraded in front of the families of those who did not survive the 74th Games.
While they can't spend the entire film fleshing out the remaining districts, it can't hurt to expand more on the ones that play a direct role in the upcoming war, notably Districts 2 and 8, whose locations are big set pieces for the third story, Mockingjay. By building on the individual characteristics and histories of each district in some way, Panem becomes less of an abstract image and more of a fully realized vision. When audiences can connect to that, it makes the revolutionary themes at the core of the series stick. 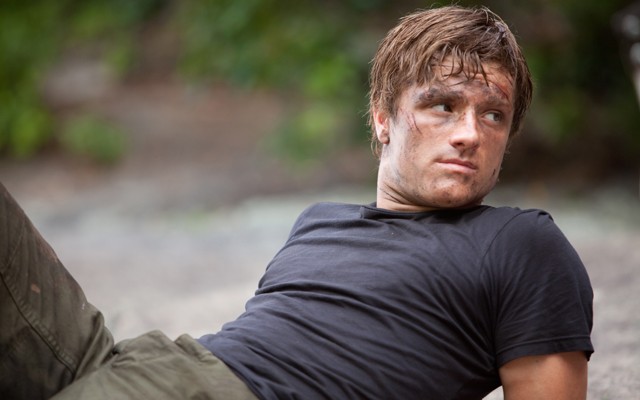 Violence: Don't Shy Away From It

Just because Katniss got out of the arena doesn't mean the body count stops rising. Her actions in the Games have incited rebellion and Snow (Donald Sutherland) won't have it. On more than one occasion, violence breaks out across the districts at the hands of the "peacekeepers," the army of the Capitol. One particular scene involving Gale and the new Peacekeeper captain stationed in District 12 stands out.
In the book, those connected with Katniss in any way get caught in the line of fire, and it gets pretty brutal without getting gory. The grotesqueness of the violence in the "Hunger Games" series comes less from the physicality and more from the oppressive image of a reigning power over defenseless citizens. Catching Fire is full of these images, and they shouldn't be shied away from to earn a PG-13. You can keep the shakey-cam but try to tone it down a little to non-Cloverfield levels. 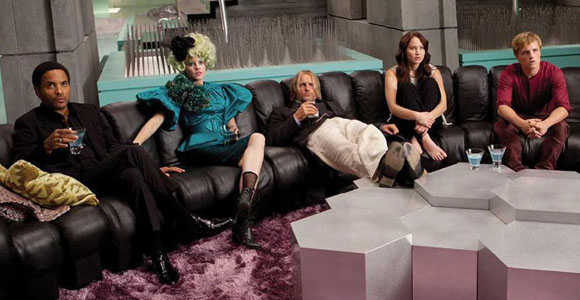 Katniss makes for a good heroine and we can accept the series being all about her. But now that we have a sense of the Capitol's effect on her, let us expand into the histories of the supporting players who will influence her actions: especially her drunken mentor Haymitch (Woody Harrelson), whose near-crippling behavior was not touched on in the film as it was in the book. Haymitch's unspoken history would be great for "Fire" as past victors, and the subsequent fallout each took from their wins, are a big theme.
Haymitch wasn't the only one glossed over in film one: Peeta and Gale (Liam Hemsworth) fall by the wayside. If audiences are going to care at all about Peeta's progression, Beaufoy better start with Catching Fire. The first film gave off the sense of Peeta being a good guy who was nearly always in distress but rarely alluded to his manipulative abilities—never mind he never killed onscreen. That'll have to change.
Gale is another matter. He is far from absent in "Fire" and represents an antithesis to Peeta in a number of way (you're shocked, we know). Whereas Peeta is more passive in his actions, Gale is direct and there are few lines he won't cross to stop the rebellion. With Gale and Katniss, it is less about romantic love and more of best friends going two seperate directions within the rebellion. 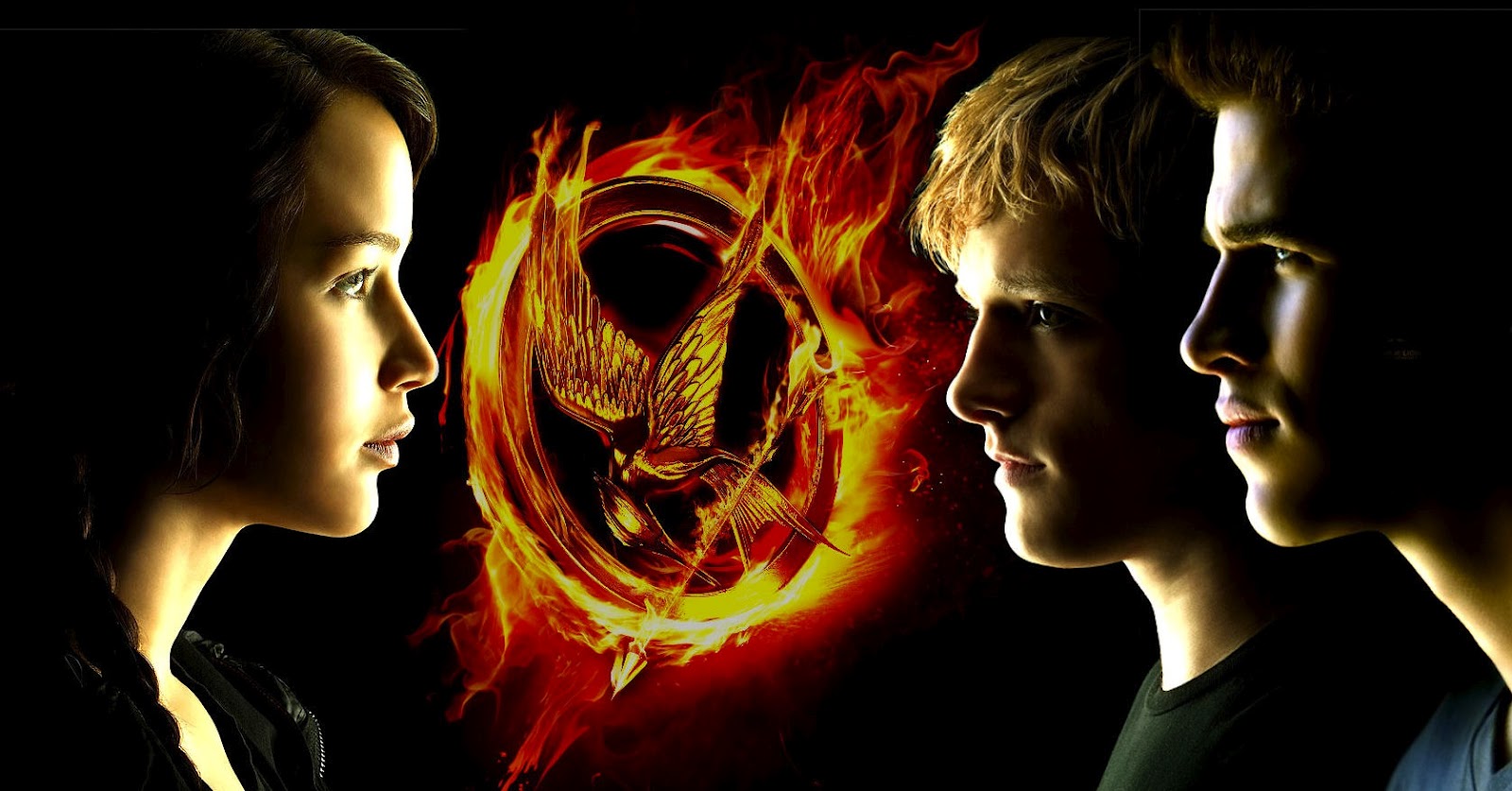 Take Your Time with the Quarter Quell

Seriously, if you don't want any spoilers, turn away now.
The Quarter Quell is a special edition of the Hunger Games that occurs ever 25 years, since the inception of the tournament and often has some special twist to it. At the 75th Hunger Games, President Snow announces that the new tributes will be selected from past victors in each district, throwing Katniss back into the arena (as she is the only female from 12 who ever won) while putting Haymitch and Peeta in the lottery for the male tribute role.
The Quarter Quell doesn't take place until the third act of "Fire" and admittedly feels rushed compared to the time spent in the arena of the first book. What makes the second go-around more interesting is that the field is littered with seasoned adults, not kids, all of whom have experience winning in the past Games.
Not only that, but also the design of the 75th arena itself moves away from the fields/forest setting of the first and drops the players in an island setting, complete with poisoned fog, engineered lightning strikes and more animal muttations. This opportunity for heightened violence combined with a colorful roster of victors—including fan favorite Finnick Odair—and the Quarter Quell deserves to be more than simply the third act of the Catching Fire film. It should be rousing and more indicative of the rebellion to come while not repeating the events of the first film.